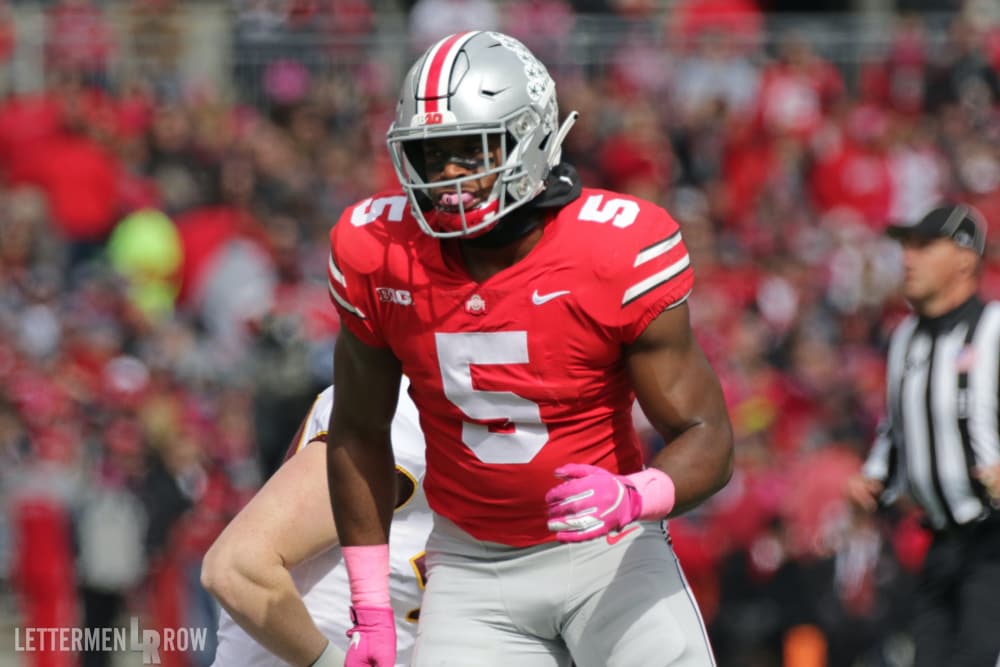 Ohio State linebacker Baron Browning is trying to develop into a starter for the Buckeyes. (Birm/Lettermen Row)

The speculation, debate and conversations about Ohio State never end, and Lettermen Row is always ready to dive into the discussions. All week long, senior writer Austin Ward will field topics on Ryan Day and the Buckeyes submitted by readers and break down anything that’s on the minds of the Best Damn Fans in the Land. Have a question that needs to be tackled, like the one today about Baron Browning? Send it in right here — and check back daily for the answers.

Will Baron Browning move to outside LB?

Baron Browning has made it no secret where he would prefer to play, and his comfort is certainly going to be part of the equation as Ohio State puts the pieces together at linebacker this spring. But the math also appears to be changing a bit with a new coaching staff and a new scheme, and that might leave him in a position that is technically still considered on the inside instead of letting him roam on the outside.

It still remains to be seen exactly what co-defensive coordinator Greg Mattison and position coach Al Washington have cooked up for the Buckeyes. Their first practices with the program are still about a week away, and it’s probably going to take a bit of time for them to evaluate the talent, implement the scheme and then figure out where every piece fits best for a unit that has obviously struggled for the last two years.

“Al Washington will do a tremendous job with them,” Mattison said. “But there’s two inside linebackers, and then there’s sometimes an outside linebacker, which is a different position.”

If there is only one guy that Ohio State is going to label as an outside linebacker, the leading candidate and almost certain starter there will be Malik Harrison after he decided to put off the NFL Draft for another season. 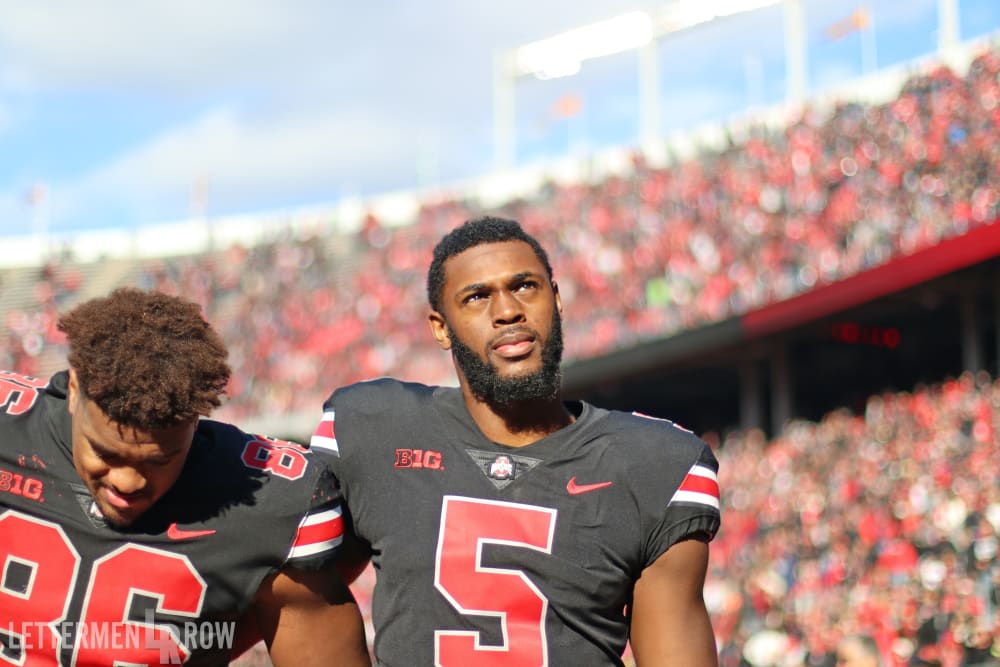 Ohio State linebacker Baron Browning is still waiting to break out for the Buckeyes. (Birm/Lettermen Row)

Browning, though, is one of the most intriguing players on the roster heading into March. And it seems clear that Ohio State needs to find a way to maximize his immense talent after two relatively aimless seasons so far with the program. It’s possible that his versatility and ability to play any role at linebacker may have actually worked against him in terms of just learning one set of responsibilities and being allowed to develop there. It’s also not unreasonable to think it’s merely taking Browning some time to grow into a championship-caliber starting linebacker, a process that doesn’t happen overnight.

Whatever the case may be, Browning’s combination of size, speed and natural instincts qualify him as one of the Ohio State defenders with the highest upsides. The Buckeyes are going to need to find a way to use him, but that won’t solely be determined by Browning. If Tuf Borland or a rising Teradja Mitchell stake a claim in the middle, that would free up Browning from a role that he doesn’t seem to really embrace. And while there will still be competition with a returning starter in Pete Werner or another emerging tackler like Dallas Gant, Browning has more than enough potential to step up and win a job there as well.

Where does he fit best? What will the scheme really look like?

That’s all going to be determined during a process that starts next week for the Buckeyes. But the clock is starting to tick for Baron Browning, and it’s time for him to make a move.