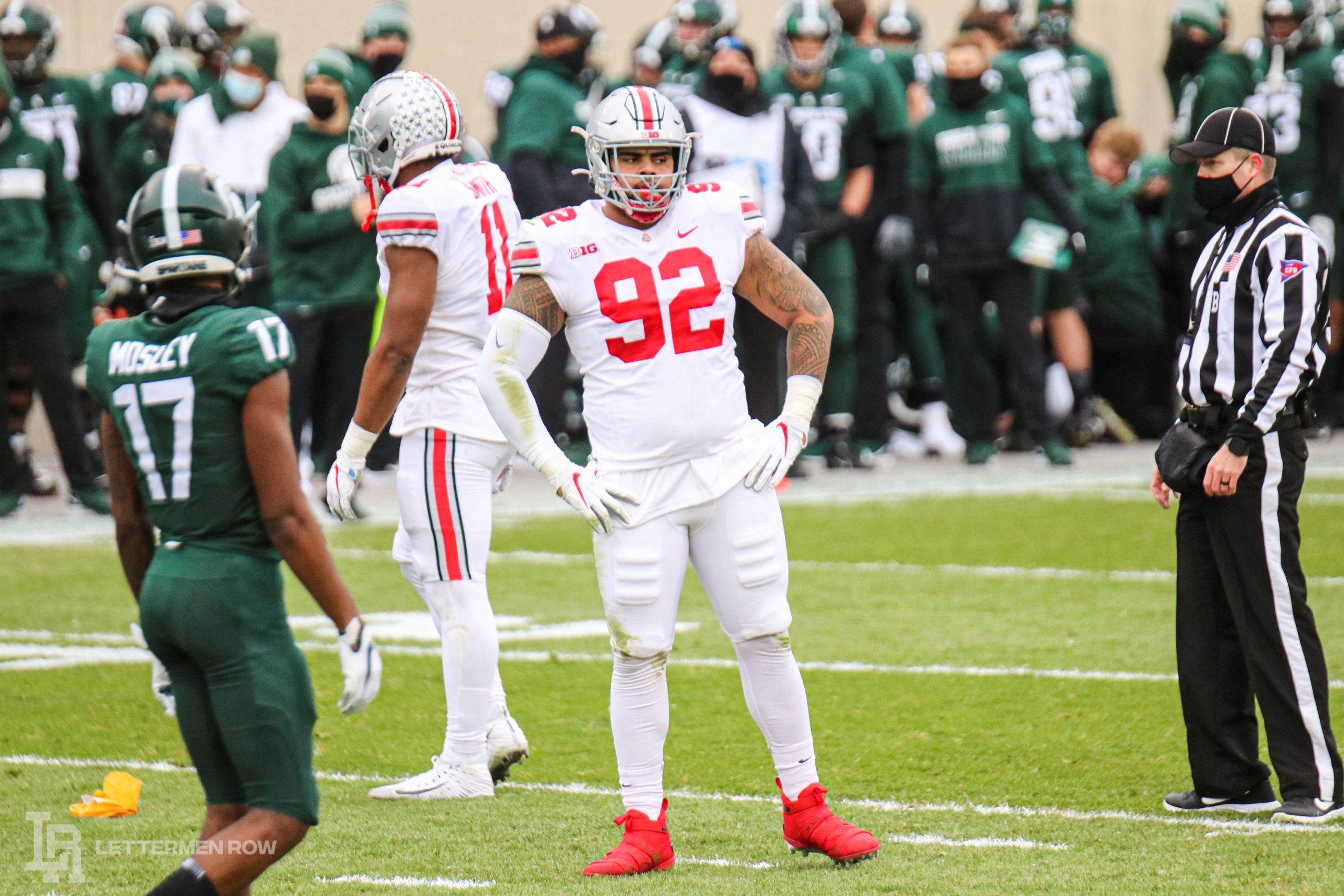 Garrett was shot through the cheek of his face just months before the season started, but he was miraculously ready by the season opener — then dominated Nebraska at the line of scrimmage. He had another monster game against Penn State and followed that up with two more. Then against Michigan State, he batted a pass to himself for a pick-six.

So how can Garrett, with his story and his numbers for the best team in the conference, not crack the first-team all-Big Ten list? Don’t try to make sense of it. It can’t be done.

While the Big Ten coaches and media short-sold Garrett, the Buckeyes certainly are happy with what he’s doing on the field.

“It’s pretty athletic to tip it and catch your own tip, that’s pretty good,” defensive line coach Larry Johnson said after the win at Michigan State. “What a great story, though. Haskell Garrett, here’s a guy that’s probably lucky that he’s still here but yet continues to play great football and do great things for us. I’m really proud of where he’s at right now and the things he’s doing for our defense.”

Apparently what Garrett has done for the Buckeyes defense wasn’t enough to garner more consideration as a top-eight defensive lineman in the league.

Of course, Garrett isn’t the only Buckeyes defensive lineman who would be justified to be angry with the all-conference voting. Tommy Togiai, who had three sacks by himself from his defensive tackle spot in a single game and has been a force in the middle, also didn’t make the first team. He was a second-teamer.

It seems as if Pete Werner is finally earning some recognition for his level of play for the Buckeyes. The versatile linebacker has played all three spots at his position in his career, making another move this season to give him more freedom to use his skillset. And that’s just what he has done.

Werner has been a bully for the Silver Bullets defense this season, totaling 32 total tackles, 2.5 tackles for loss and a forced fumble this season while also defending some of the top tight ends in the league and blitzing the quarterback on occasion. No matter what the Buckeyes ask Werner to do, he can do it — and at a high level. The Big Ten rightfully listed him as a first-team all-conference selection Wednesday. 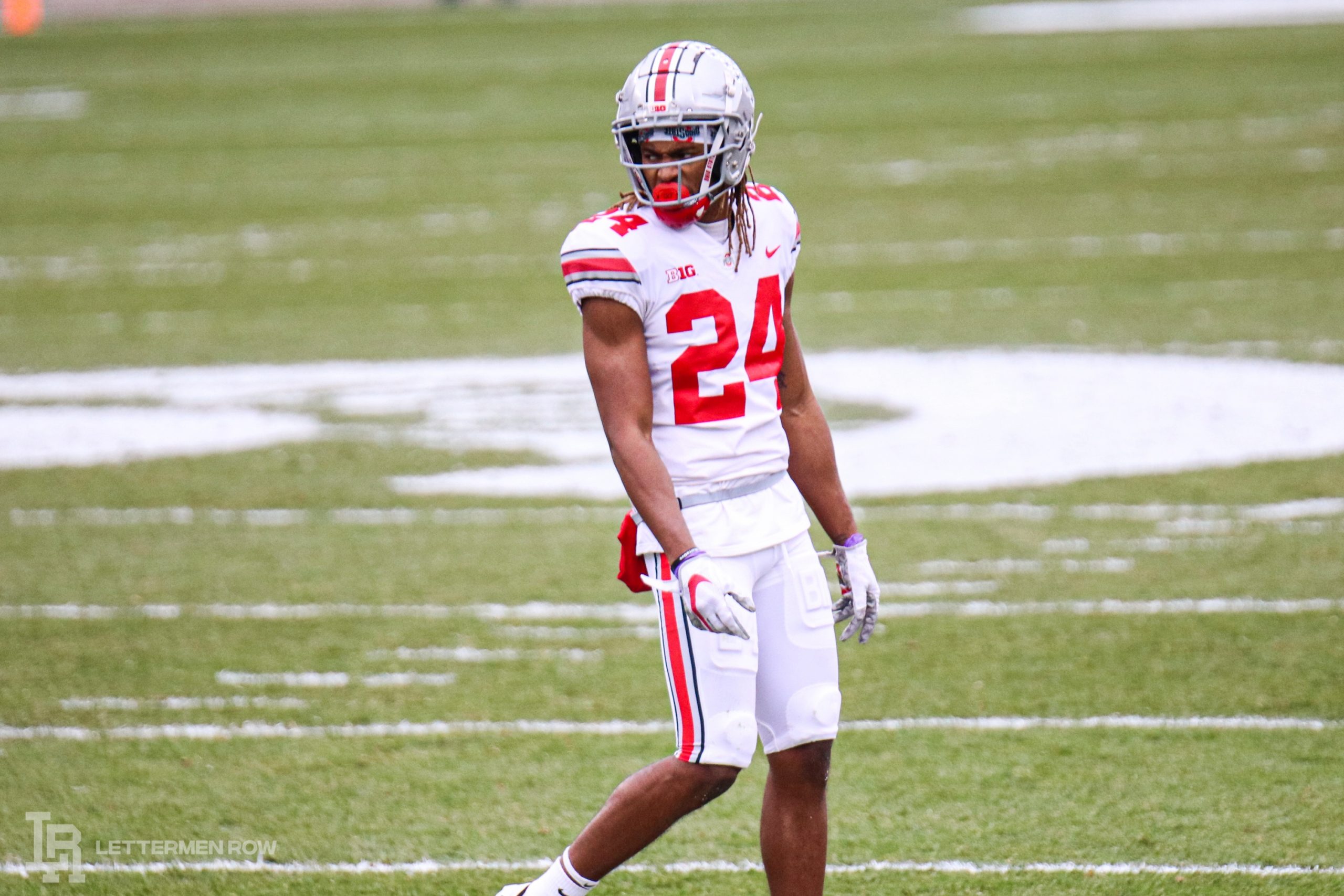 Ohio State has a rich tradition of pumping out elite defensive backs, and Shaun Wade is the latest in a long line of Buckeyes to be honored in the secondary. Wade is officially the Tatum-Woodson Defensive Back of the Year in the Big Ten, a sign that his achievements and level of play span back much further than just the five-game sample size from the current season.

Wade struggled through the first few weeks of the season and gave up more than 100 yards and multiple touchdowns to Penn State’s Jahan Dotson and Indiana’s Ty Fryfogle. But since then, he’s improved as an outside corner to prove he’s one of the best cornerbacks in the country with interceptions in each of the last two games — making him a worthy recipient of the Defensive Back of the Year honors.

If there’s one snub other than Haskell Garrett on the all-Big Ten defensive team, it’s the heart and soul of the Buckeyes defense. Tuf Borland is a three-time Ohio State captain and has elevated his game every year since taking over at his spot in 2018. And he’s been even better than ever this year, leading the linebackers and the defense while posting his best performances of his career.

Borland could have been first-team all-league. Or second. Or third. But instead, he was wrongfully relegated to the honorable mention section of the all-conference awards. An oversight, for sure. 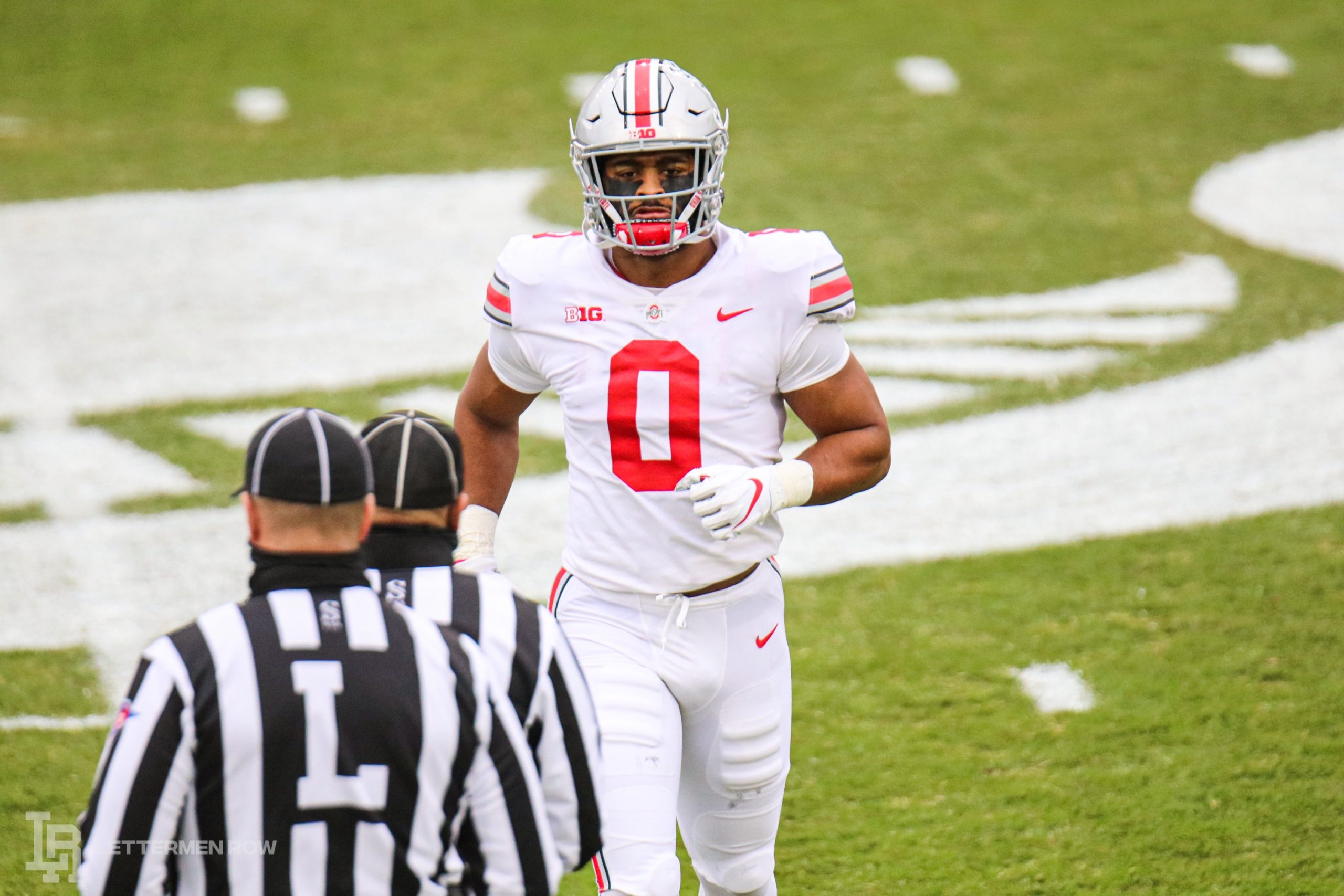 Jonathon Cooper was recognized by the Big Ten. (Birm/Lettermen Row)

Although the Buckeyes do have the most talented roster in the league, not every Ohio State player can land on the first- or second-team all-conference list. So when Baron Browning and Jonathon Cooper showed up as third-team all-Big Ten players, it seemed to be a nod that they had played well enough to be honored.

Cooper probably deserves to be named among the best linemen in the league, especially after choosing to take a redshirt last season in order to come back and compete for a national title — then dominating offensive tackles this season. And in a new position in the linebackers room, Browning has taken a huge step forward for the Buckeyes and with his NFL draft stock. Both players were rightfully honored by the league.