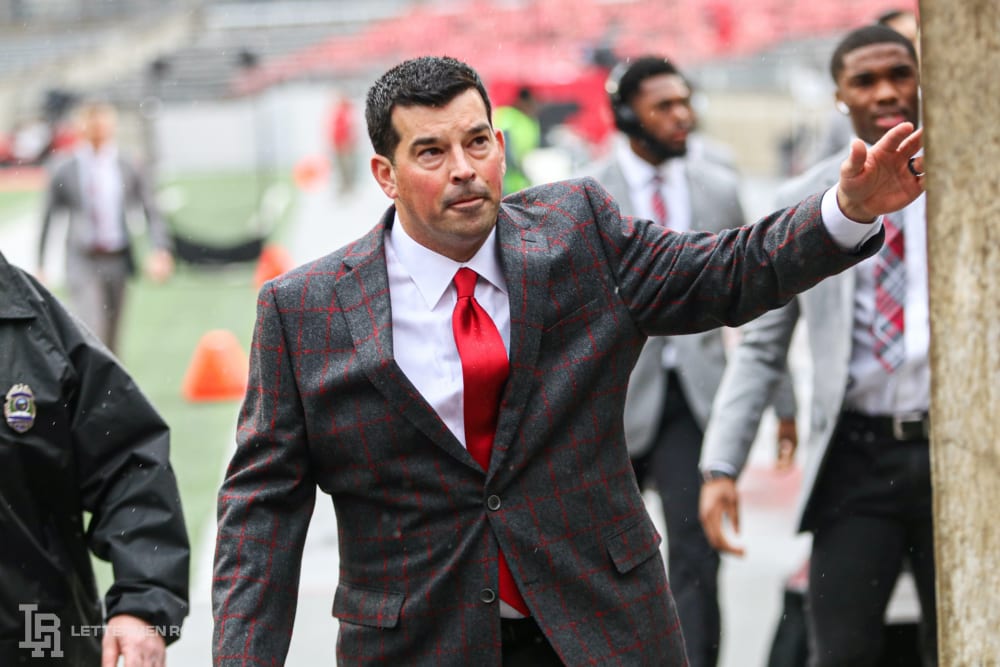 The speculation, debate and conversations about Ohio State never end, and Lettermen Row is always ready to dive into the discussions. All week long, senior writer Austin Ward will field topics about the Buckeyes submitted by readers and break down anything that’s on the minds of the Best Damn Fans in the Land. Have a question that needs to be tackled, like the one today about the Ohio State and the tricks left in the playbook? Send it in right here — and check back daily for the answers.

The fact all these games have been blowouts. Do you think there has been parts of the play book saved for bigger moments?

Ohio State isn’t holding anything back in the playbook at this point.

Instead, the Buckeyes are just continuing to show a remarkable ability to expand the arsenal, respond to tendencies and adjust the plan of attack — from week to week and within games.

Yes, the fact that the program has now been in eight consecutive blowouts and had chances to rest starters in the fourth quarter of most matchups has meant that there are plays in reserve that aren’t on film yet. But that’s not necessarily from a conscious effort to keep them hidden from Penn State or Michigan, because the Buckeyes have approached the last four opponents with the full playbook at the ready and with the expectation they might need it to pull out a win.

Last week, in particular, was a battle into the third quarter. And Ohio State certainly wasn’t pulling any punches just because at some point it seemed inevitable that its talent advantage would allow it to pull away from Wisconsin. Right from the start, the Buckeyes showed they wouldn’t be shy about dipping into the bag of tricks or have any hesitation to try new schemes to get a victory. With an expanded linebacker package in a 4-4 look to slow down the Wisconsin rushing attack and a new position for Chase Young in pass-rush downs with him prowling around in a stand-up role, the defensive coaching staff once again put its flexibility on full display. 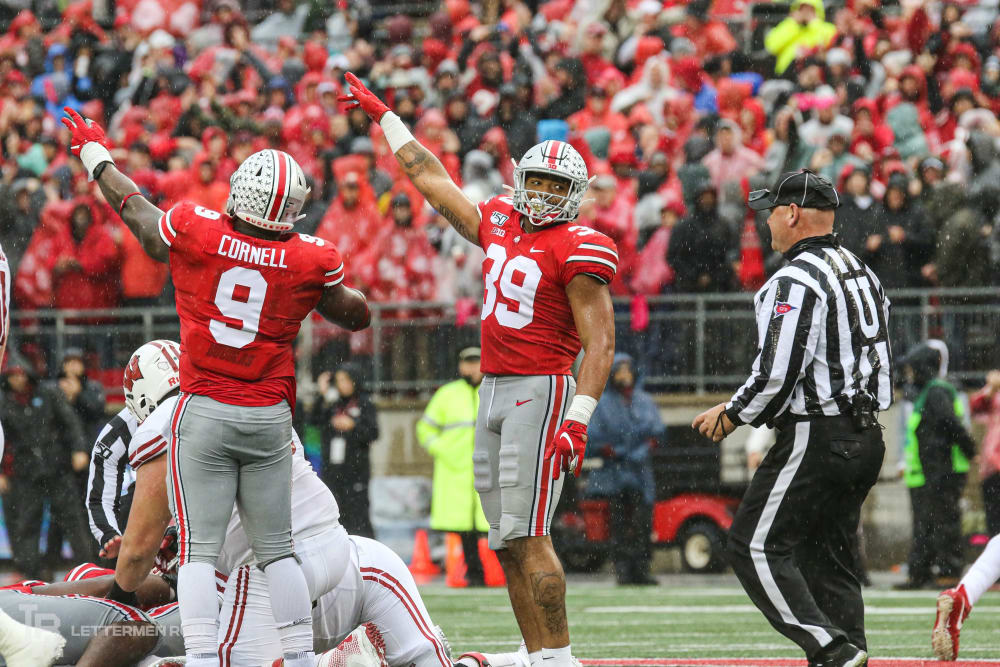 On offense there were also glimpses of the creativity not slowing down either, even if the rain might have short-circuited a few of the plays. The most notable example? A design that appeared to be a sort of play-action, Run-Pass Option rollout for Justin Fields as he tucked the ball to sell the rush with the potential to pull up and throw. It didn’t turn into anything for the Buckeyes against Wisconsin, but it was another new wrinkle that teams will have to prepare for — and one that will surely have additional counters available to help pick apart opposing defenses.

And when it comes to the ability to make in-game adjustments in a hurry, it’s hard to argue that anybody is doing it better than the Buckeyes right now. After often feeling their way through the first quarter of games, Ohio State has exploded for a ridiculous 168-20 edge collectively in the second quarters this season, which is obviously a big reason why it doesn’t have to empty the playbook down the stretch.

Certainly the odds are good that Ohio State will be able to cruise against both Maryland and Rutgers before the tough closing stretch against Penn State and Michigan. But those are still Big Ten games, and the Buckeyes have stressed the importance all season of taking nothing for granted, which means it won’t be cutting corners on the game plan. And the truth is that putting a whole bunch of new looks on film might actually make them tougher to prepare for at this point than keeping secrets.

“We talk to the guys all the time about how if you can do it one week, that means you can do it,” Ohio State coach Ryan Day said. “But can you do it week in, week out? That’s what’s really hard in college football. It’s like March Madness, you can’t lose a game. You’re not allowed to. How do you go about doing that? When you look at our schedule, we feel we have a good chance against anybody on the schedule. But when you put them all together, it becomes a little overwhelming because so many things come into play.

“Whatever those reasons are … all it takes is one or two of those bad things and you can get yourself jammed up in this game. I think so far it’s showing that we are playing with discipline and we’re doing a good job week in, week out of preparing the same way.”

From a mindset standpoint, the Buckeyes are certainly doing that at a high level.

But the exact plan each week is subject to change. And what makes Ohio State so dangerous right now is that it can execute anything the coaching staff wants to do.