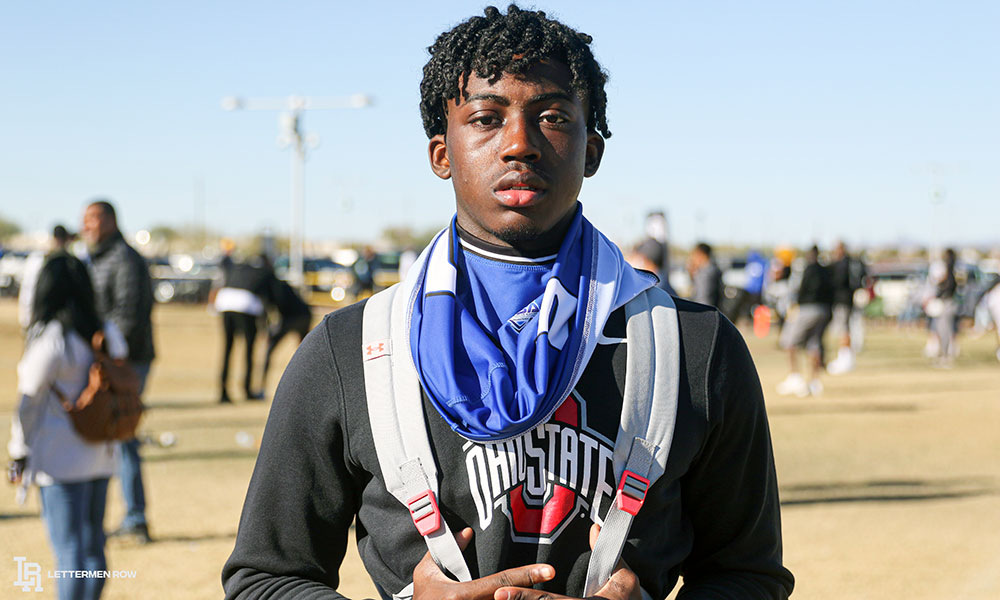 Zion Branch has Ohio State up near the top of his favorite schools list as of now. (Birm/Lettermen Row)

PHOENIX — There aren’t many safeties in the country that move like Bishop Gorman (Las Vegas) 4-star Zion Branch.

That’s why Ohio State, Alabama, Clemson, Georgia, LSU, USC and schools all over the country are chasing him, prioritizing him at the top of nearly every 2022 recruiting wishlist.

What Branch is prioritizing, though, are relationships. To this point, he acknowledges that the Buckeyes have done a good job in building a solid one with him and his family.

“They do a great job recruiting me, actually,” Branch told Lettermen Row during a break at the BattleSports.com 7-on-7 tournament in Arizona last weekend. “Coach [Kerry] Coombs, [Matt] Barnes and Ryan Day as well. I’m really talking to the main guys, and stuff like that at a program like that matters. It really helps to get to know the head coach and knowing I’m a priority for him.

“With Matt Barnes and Kerry Coombs, it’s about the schemes they run and how they put their players into positions to make plays. For me, that’s a big thing in my decision. They talk to me about my positional versatility and how they could use me in multiple ways. I like that, it’s a big factor.”

That bond with the Ohio State staff began last summer and has been built virtually to this point. That hasn’t stopped the Buckeyes from being able to showcase what their program offers that makes them unique: The Ohio State brand.

“In the summer my family and I did a virtual tour with them before I was offered, we did a Zoom meeting together,” Branch said. “They really showed us everything, including the academic part. That was really important to my family, the academic meeting they set up for us. Between the academic stuff and how Ohio State and its platform can help me and my development off the field, it was big to see that stuff.

“Ohio State is a really high priority for me. They are one of the top schools on my list and they will stay there throughout this process.” 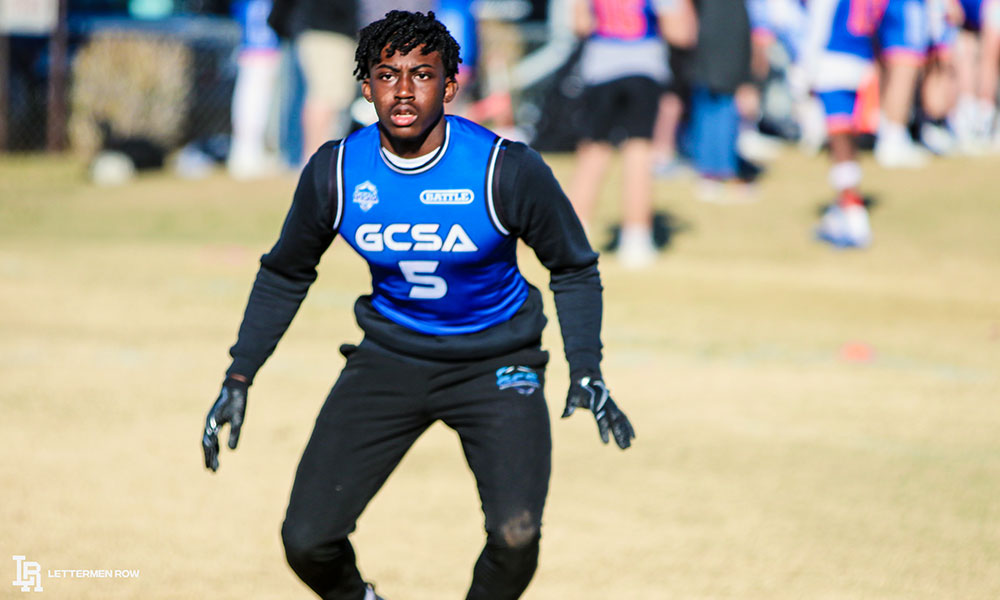 Zion Branch is a natural centerfielder at safety with quick feet and excellent read and react skills. (Birm/Lettermen Row)

What is bigger for Branch to see moving forward is the campus itself. The NCAA’s never-ending dead period has slowed down the chances for Ohio State to make their most-important pitch.

“We’ve done all the Zoom calls and been through all those meetings,” he said. “And I feel like I’ve gotten a lot of information from those, but it’s going to be different to get on campus, to walk the soil for myself. That’s going to be a big part of things moving forward, because I’ve got to see if I could live somewhere else, to see what it’s like being out there. That’s a big piece of the puzzle.”

That piece of the puzzle is something that USC currently holds while others — Ohio State, Clemson, Oregon are three schools Zion Branch mentioned specifically — don’t. He has been to USC and has long-time relationships with their staff.

“[The Trojans] have a staff that relates to the kids a lot, that really relates to the recruits,” Branch said. “People like [USC cornerbacks coach] Donte Williams and [director of high school relations] Armond Hawkins are always reaching out, and they relate well. They’re really building something over there.”

That’s probably why the Trojans are the current leaders in the race for a commitment and why the timeline for the 6-foot-2, 190-pound defensive back is becoming important. Time could be running out, and there’s no doubt that USC is hoping to just hold onto the ball until the whistle.

The dead period ending in May will be absolutely vital if Ohio State wants to show Zion Branch that the right move for him is to join the Buckeyes.

Continue Reading
You may also like...
Related Topics:Featured, zion branch