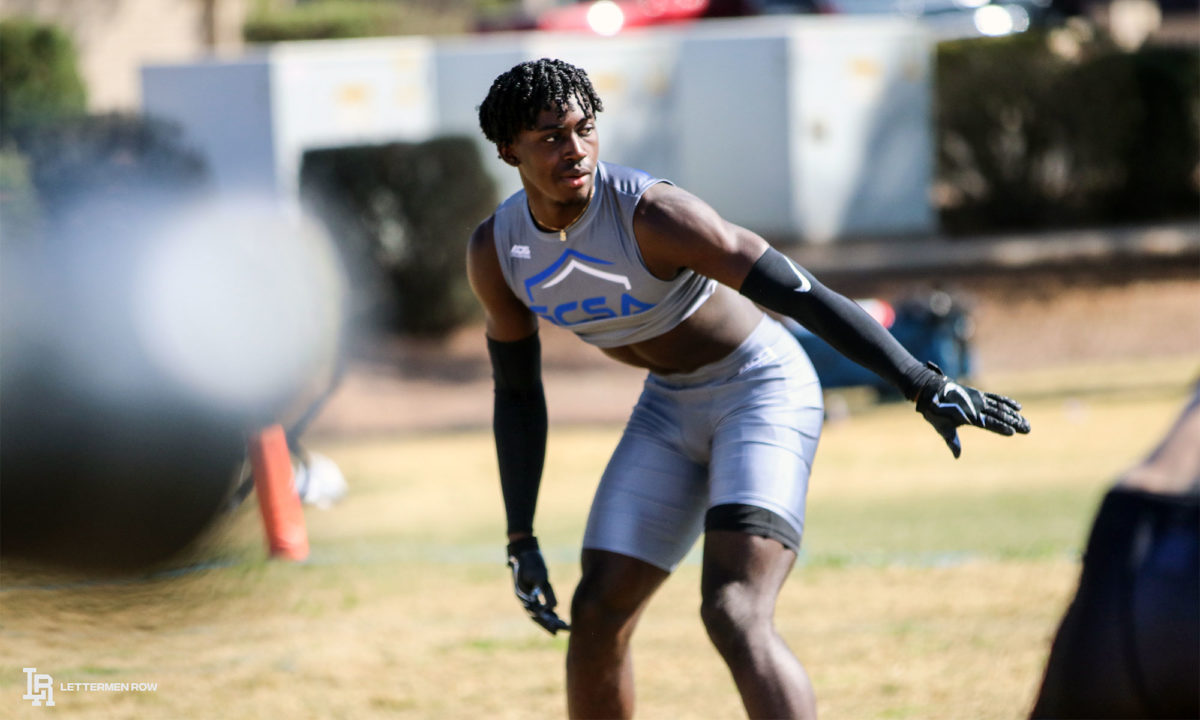 Zion Branch has big-time range, hits like a linebacker and is another high-achieving off-the-field target for Ohio State. (Birm/Lettermen Row)

Whether or not there are there ‘must get’ prospects in recruiting is up for debate but there’s no doubt that some recruits are, for whatever reason, more important for Ohio State in a specific recruiting cycle. For the Buckeyes and the Class of 2022, those players are becoming clear. Who’s on The List? Today’s focus is Zion Branch from Las Vegas Bishop Gorman.

Don’t think that just because Ohio State has a commitment from Kye Stokes and is still chasing Xavier Nwankpa that the Buckeyes aren’t going full-bore after Las Vegas 4-star Zion Branch. The 6-foot-2, 195-pound defensive back is still a top priority for Ryan Day, Kerry Coombs, Matt Barnes and the Ohio State program.

Branch has the length and speed to be a field-eraser at safety. He has the thump to make running backs and receivers tentative going over the middle. A list of offers that includes Alabama, Clemson, Oklahoma, and every other major program in the country suggests that the Buckeyes aren’t alone in their lofty opinion of him.

He is the No. 4-ranked safety in the country for a reason. The options he has require him to be patient in his approach. 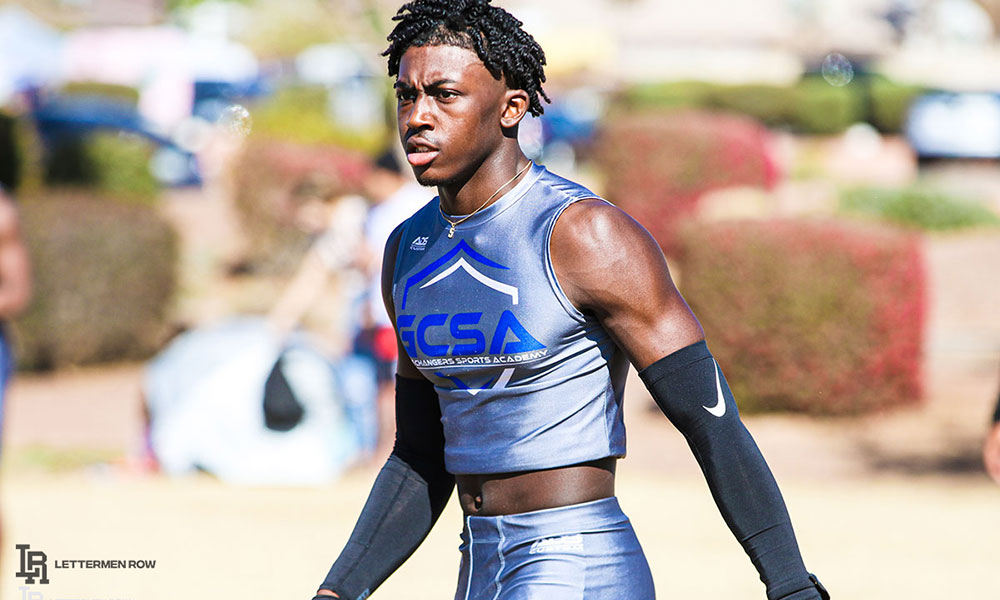 Zion Branch has offers from all of the country’s best football programs. (Birm/Lettermen Row)

But he does know what he’s looking for as his college choices unfold before him. His priorities have helped Ohio State become a top choice for him.

“They do a great job recruiting me, actually,” Branch told Lettermen Row in February. “Coach [Kerry] Coombs, [Matt] Barnes and Ryan Day as well. I’m really talking to the main guys, and stuff like that at a program like that matters. It really helps to get to know the head coach and knowing I’m a priority for him.”

And it helps to know the Buckeyes defensive scheme is a perfect fit for him as well.

“It’s about the schemes they run and how they put their players into positions to make plays,” he said. “For me, that’s a big thing in my decision. They talk to me about my positional versatility and how they could use me in multiple ways. I like that, it’s a big factor.”

The fit is right for both sides.

On the field and off the field, Zion Branch is a rare combination of talent and character. He’s a big-time West Coast prospect from a major prep powerhouse, too.

Those are just a few of the reasons he’s the next member of  The List from Lettermen Row.

Jeremy Birmingham and Spencer Holbrook break down his recruitment and why he’s a must-get for Ohio State in the Class of 2022.