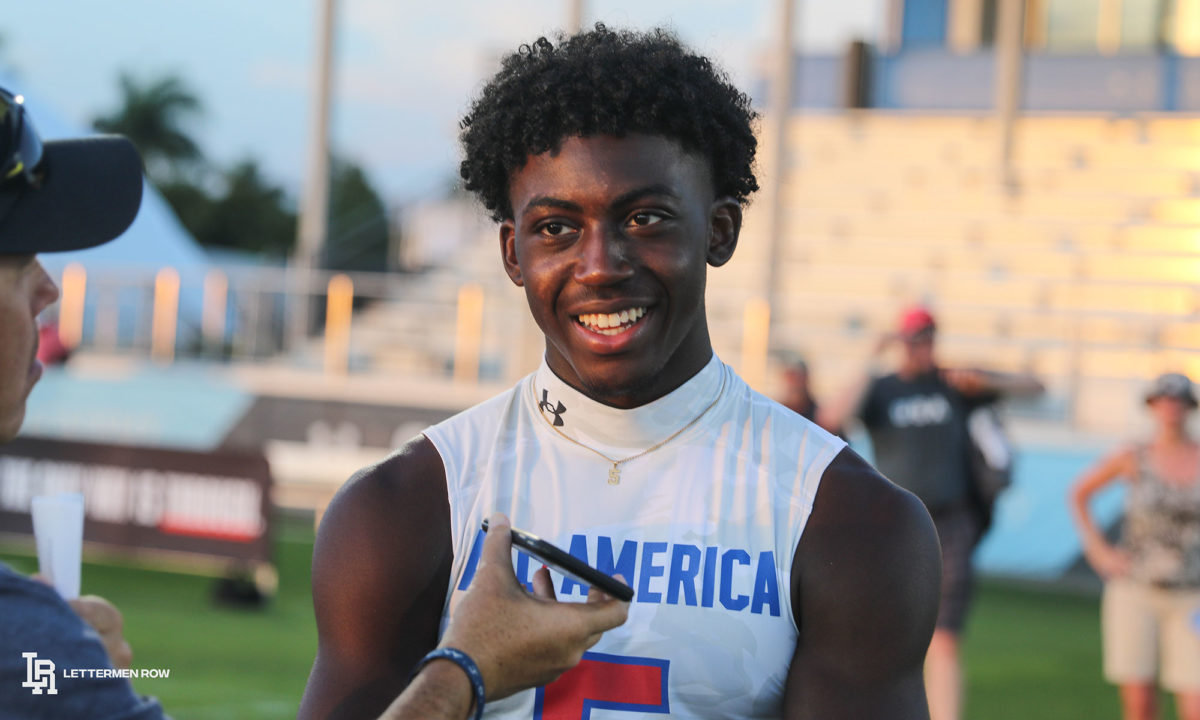 Zion Branch made his first visit to Ohio State and says the Buckeyes set a very high bar for other schools to meet. (Birm/Lettermen Row)

BRADENTON, Fla. — There was a brief moment during his Ohio State official visit where Zion Branch thought his recruitment could be over.

Then, the country’s No. 4-ranked safety took a step back, evaluated the situation, and slowed himself down. The same approach that makes him a dynamic defensive back prospect serves him well as a recruit.

“There definitely was a moment,” Branch told Lettermen Row. “But I had to step back and think. To let things get back to real life. After waiting so long to make visits, I’ve got to weigh some options but I know every visit is going to have moments like that. It’s an official visit and they’re supposed to wow you.

“So I just had to slow down and focus on the other things. But Ohio State definitely set the bar high.”

It’s been a week since he made the trip to Columbus and Zion Branch has already made another visit, an unofficial one to USC. The Trojans are the “dream team” for the 6-foot-2, 190-pound safety and he’ll make an official visit there in two weeks. He’s shuffling through the important things now. One thing got added to the checklist for Branch because of his visit with the Buckeyes.

“The best part for me was hanging with the players there,” he said. “I got to see guys like Lejond [Cavazos,] he was my host. Hanging with guys like that, you know, I was seeing that I could fit in with them. And they’re already at the caliber they are right now, which is really big for me. I’m going to be with those guys every day so seeing if you can hang with them and stuff like that, and making sure you fit in, is huge.

“Especially because it’s so far from home. They have to be my family away from my real family.”

Ohio State has been all over Zion Branch for months. When I last spoke with him in February, the No. 1-ranked player in Nevada said he believed that the Buckeyes provided him a unique platform to work from. With the introduction of a Name, Image and Likeness bill in Ohio, that platform could get even greater. Ohio State made sure to showcase that college football future during his official visit. 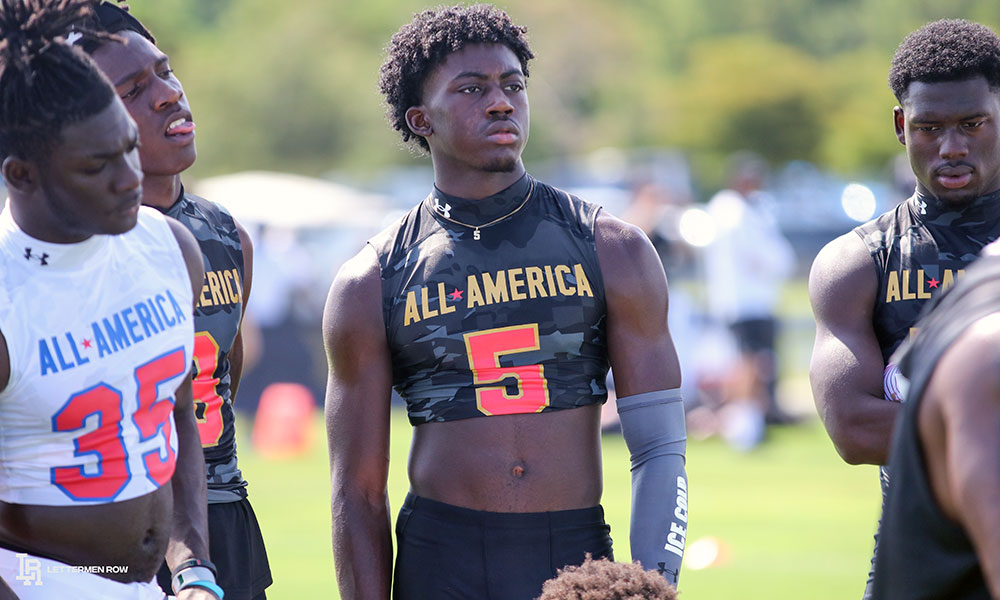 Zion Branch has some big decisions to make about his future. (Birm/Lettermen Row)

“It was great,” Branch said. “It was a great presentation that really blew my mind. The best thing about it really was there will be the potential to make a lot of money but they have programs they’re setting up to show us how to manage it. They expect to have people in place to help you manage the money and stuff like that, where to put it and where to save it and stuff like that. That was a really cool thing to me.”

Ohio State is hoping to land three safeties in the Class of 2022. Branch is one of them. Most programs would try and keep their top targets separated but the Buckeyes went the other direction and hosted Zion Branch, Xavier Nwankpa and commit Kye Stokes on the same weekend. The reason for that was simple: make sure each player knows the role they’d play in the defense. That clarity should help combat the misinformation that other teams deploy in order to cause recruiting rifts.

“Kye is going to play a cover safety role,” Branch said. “Xavier would start at the bullet and I’d be in the post safety, or free safety, role. It’s good to know how all three of us would fit at the same time. Especially with the caliber of players we are.

Xavier is he’s kind of built like me, but maybe a little bigger than me. It was it was good to see where they see us playing that and you know they’re going to not just rotate us around, but to see that we’re gonna play in different positions and how they see it.”

Like many young people that are unfamiliar with Ohio, the city of Columbus also starred for Zion Branch.

And with a visit coming to Oklahoma, and then USC, it’s all about seeing a future home for Branch. He found that in Columbus.

“I really felt like Ohio State was a potential home for me,” he said. “I could live there for sure.”

A final decision, once planned for the summer, is now expected after the upcoming season at Bishop Gorman.

“I was gonna be committed before my senior year,” Zion Branch said. “But that changed. The COVID stuff happened and I just really want to wait a while just to see what feels the most like home.”