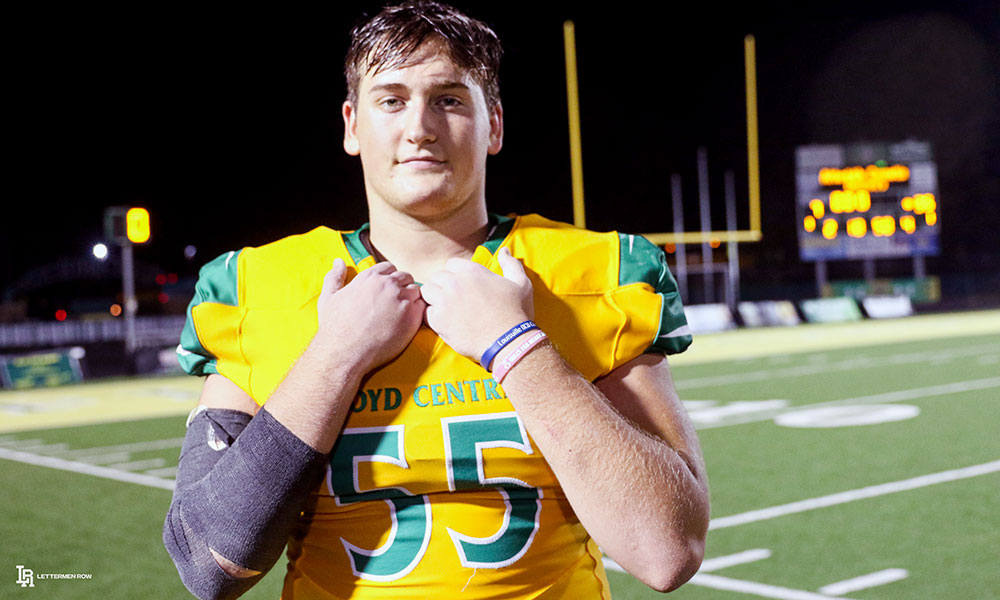 A quickly developed relationship between Michalski and Ohio State’s coaching staff culminated in his Saturday announcement, a decision that came just days after his public decommitment from Louisville.

Lettermen Row is analyzing the choice by Zen Michalski and what his commitment means to Ohio State, the Big Ten and the national recruiting scene for the Class of 2021.

Though he’s played the offensive line for just two seasons, there’s a lot to like about Zen Michalski as a prospect. After gaining more than 60 pounds in the last year, the now 6-foot-6, 285-pound lineman has the ability to play tackle or guard — and some close to the Buckeyes think he could play center if needed. He can do it all with next-level athleticism.

Right now, as one would expect, Michalski is raw. But he’s shown the ability to learn quickly. I watched him play earlier this month and liked what I saw. He moved around a lot, was used in pulling situations, as a lead blocker in the screen game and his game was highlighted by his flexibility and quickness for his size. He will have work to do, of course, but the position he’s starting from is ahead of where most players would be at the same point in the development.

There’s no expectation or need for Michalski to step in and play right away at Ohio State, and that’s usually a good thing when it comes to offensive linemen. But with two more years of development and growth — and some time in a college weight room — the ceiling is high for Zen Michalski, which is why the Buckeyes are equally high on him.

The third commitment along the offensive line for Ohio State in 2021, Zen Michalski joins Ben Christman and Donovan Jackson as future pieces for Ryan Day and Greg Studrawa. Like Christman and Jackson, Michalski’s positional versatility means there’s still a need for a true tackle in this recruiting cycle.

That means the focus remains on Tristan Leigh. The 5-star prospect from Virginia has been recruited by the Buckeyes for more than a year now. But Ohio State is still fighting with LSU and Oklahoma for a chance to sign Leigh, and it likely trails each of those programs for his eventual commitment. The Buckeyes aren’t necessarily finished along the offensive line if Leigh goes elsewhere, but any other player that gets added from this point will almost certainly be another developmental type. There are a handful of in-state prospects like Pitt commitment Terrence Rankl and West Virginia verbal Tomas Rimac who are being watched closely during their senior seasons.

The No. 3-ranked prospect in the state of Indiana according to 247Sports.com, Michalski is a 4-star prospect in that network’s individual rankings but a 3-star prospect right now per the composite rankings. His commitment is No. 20 for Ohio State in the Class of 2021. And it brings the Buckeyes closer to Alabama, which has overtaken the program as the nation’s top-ranked recruiting class.

With only a handful of prospects left on the board for Ohio State, the Buckeyes will need to finish very strong if they want to overcome the recent surge of momentum by the Crimson Tide and end up with the programs first recruiting championship since 2008.