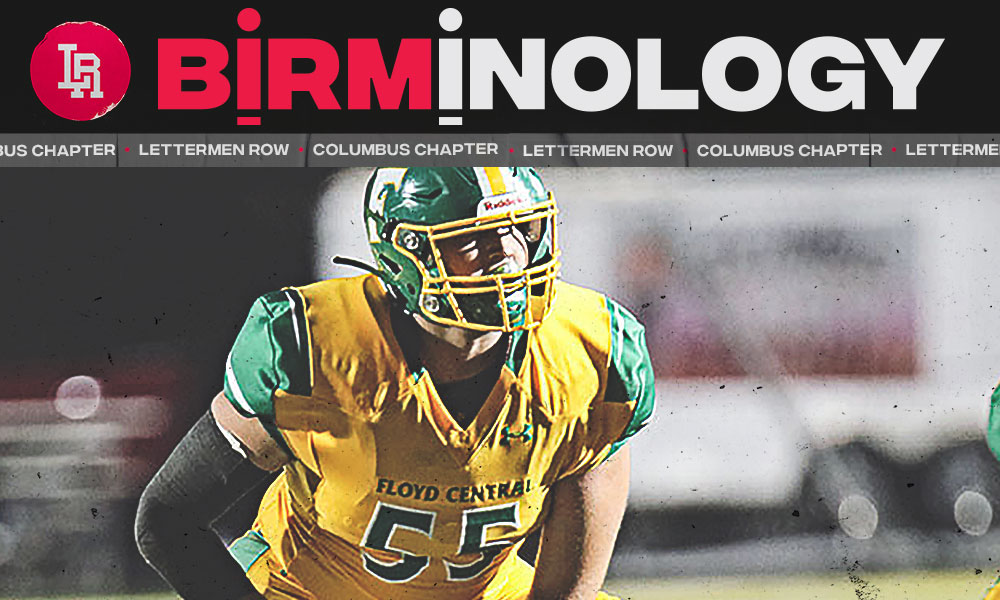 Zen Michalski has played offensive line for just about two years and has an Ohio State offer. (Birm/Lettermen Row)

Ohio State football recruiting can be a wild ride full of twists and turns as recruits from all over the country maneuver their way to signing day. Lettermen Row is here to help navigate the tumultuous roads by getting to the heart of the matter with the young football players and Ohio State coaches and staff members themselves. This week, Zen Michalski, a fast-rising offensive line prospect from outside of Louisville, Ky., joins the show to talk about his recruitment.

FLOYD’S KNOB, Ind. — It’s the weirdest timeline for college football and the sport’s critical recruiting efforts. But that’s the year 2020, and Floyd Central offensive lineman Zen Michalski could be the poster child for the entire mess.

A 6-foot-5, 275-pound tackle, Michalski committed to Louisville in April despite never being on that campus. In fact, the only visit he’s made to any school anywhere was Indiana State after the Sycamores became his first offer last winter. So, when he was offered by Ohio State after just a couple of games in his senior year, it was based only on the game film he’d put together this fall.

That game film is another piece of the puzzle for the country’s No. 33-ranked tackle, because what it shows is a young player who is completely different than he was a year ago: Michalski has added nearly 60 pounds to his frame and went from being a skinny tight end to a very athletic, still growing offensive tackle. 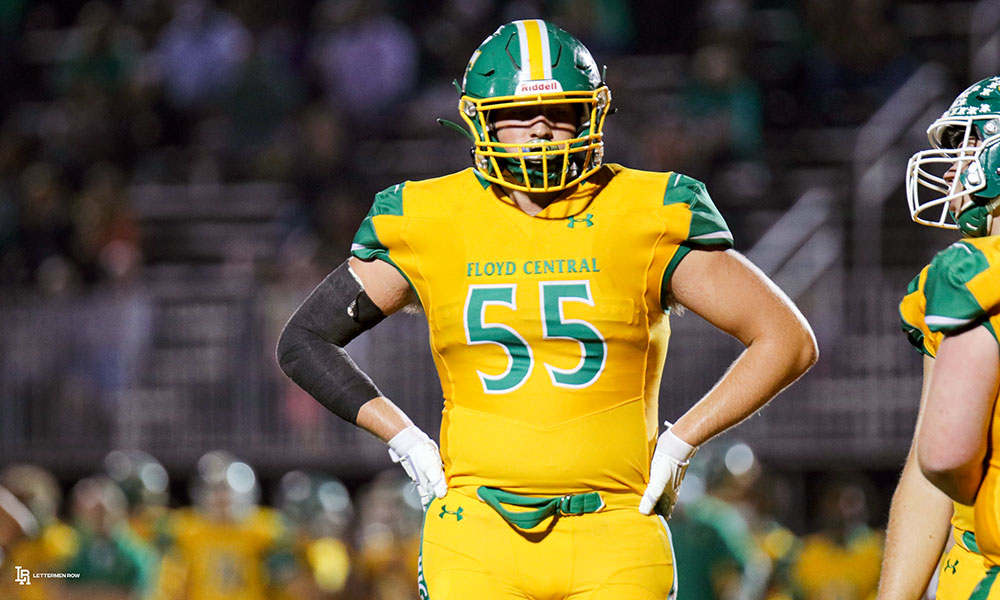 Zen Michalski has become a major target for Ohio State in 2021. (Birm/Lettermen Row)

That means Michalski is learning all about the offensive tackle position at the same time he’s learning about the recruiting process — all while being unable to really evaluate the schools he’s considering. At this time, those options have been pretty realistically narrowed down to Louisville — his hometown school — and Ohio State. With a family trip planned to Columbus to check out the Buckeyes campus despite being unable to talk to Ohio State coaches while he’s there, Zen Michalski is hoping to gain some clarity before making the biggest decision of his young life.

How surreal have these new experiences been? How is the relationship with Ohio State developing so much in such a short period of time? What’s he done to gain all that weight? How has that process played out for Zen Michalski? Lettermen Row went to Floyd’s Knobs to find out in this slightly unusual edition of Birminology.

Ohio State can afford to be selective at running back in 2022
Zen Michalski decommits from Louisville, Buckeyes Bash date is set