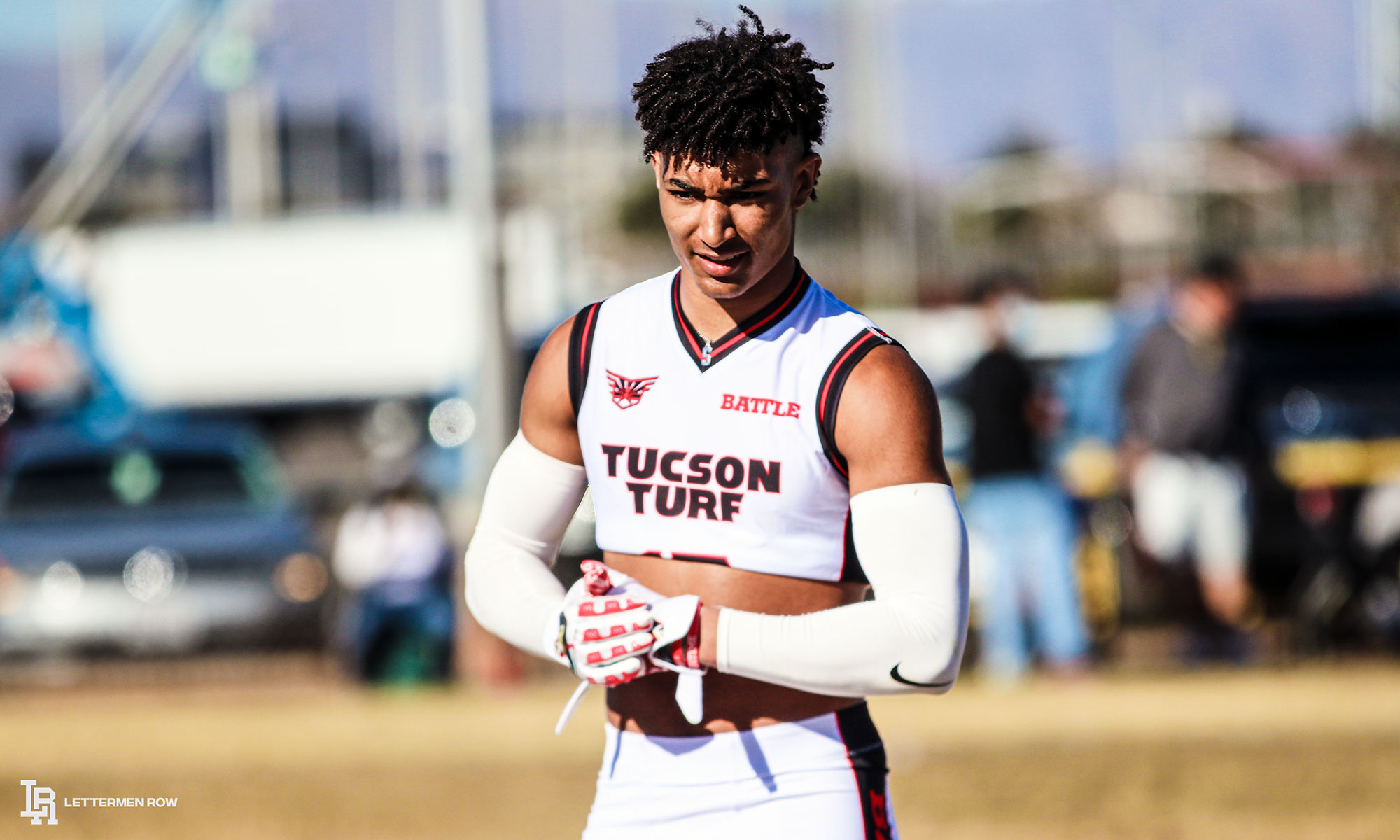 Xavier Nwankpa was perhaps the best player on the field at the Battle.com 7v7 tournament in Phoenix this past weekend. (Birm/Lettermen Row)

PHOENIX — The chance to get out of the subfreezing temperatures for a weekend in the Arizona sunshine was just a bonus for Xavier Nwankpa.

The opportunity to compete with some of the best players in the country was the primary goal for the Iowa standout defensive back. Walking away from the fields at the Glendale Youth Sports Complex last weekend with a championship trophy and people talking about his impact and potential were the proverbial cherries on top.

“It feels so good out here,” Nwankpa, smiling after one of his team’s victories, told Lettermen Row. “The sun is actually out. It’s warm. Everything is beautiful.”

From a football perspective, watching Nwankpa patrol the secondary while shutting down half of the field during a five-game-run toward a title was also nothing short of beautiful. He’s the country’s No. 2-ranked safety according to 247Sports.com and played like it, something that doesn’t always happen when players haven’t been able to get on the field as much as others recently.

That’s one of the reasons why it was important for the 6-foot-2, 190-pound defensive back to make the trek from Iowa to Arizona. It’s a gauge for his game, but also an opportunity to meet the kids he’s been talking with about college with for the last handful of months.

“It’s definitely different to hang out, to see them in person, it really helps grow the relationship,” he said. “It’s more than just a Snapchat message or a text message, there are real relationships here. You know? We’re talking about: ‘Hey, this guy could be my future teammate.'” 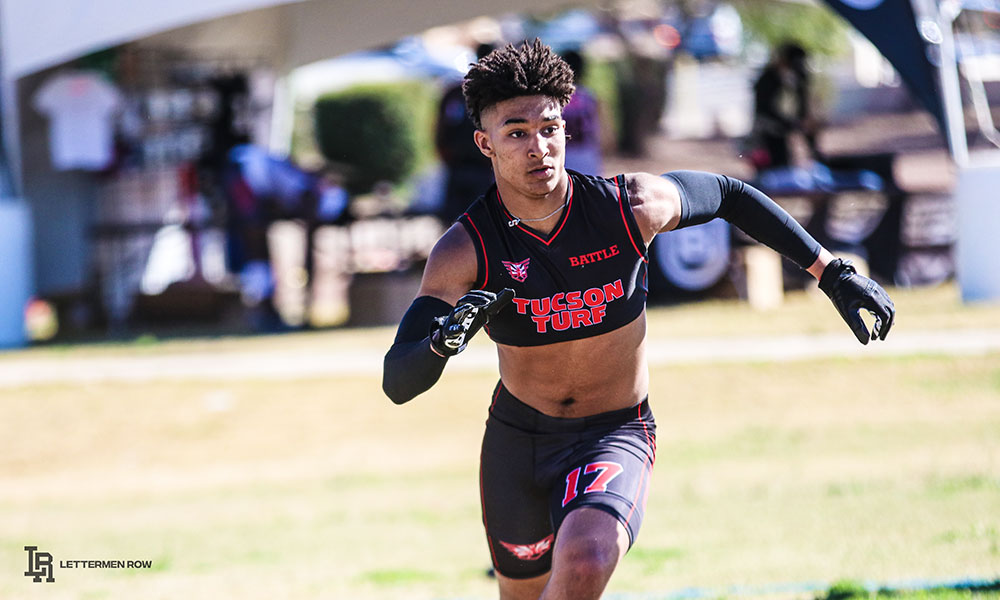 Xavier Nwankpa was all over the field at the Battle.com 7v7 tournament in Arizona last weekend. (Birm/Lettermen Row)

One of the players Nwankpa has grown closest to over the last few months is Chandler (Ariz.) 4-star receiver Kyion Grayes. It was Grayes who pushed for the Southeast Polk (Altoona, Ia.) standout — the highest-ranked player in Iowa prep history — to come out west for the weekend. And it was Grayes who hosted him at his home.

This weekend, Grayes will head to Columbus for a self-guided tour of the Ohio State campus as he begins to zero in on a potential Buckeyes commitment. For Xavier Nwankpa, who many believe is favoring Ohio State as well, that is something he knows he’ll have to do eventually as the NCAA continues to extend the recruiting dead period further and further.

“I haven’t been to Ohio State, but there are people going to school there, and going to visit out there, that I have great relationships with,” Nwankpa said, referencing Buckeyes commits like C.J. Hicks and Dasan McCullough. “So I want to see if I can fit in there, too. I was going to visit in April for the spring game and C.J., Dasan and those guys are still talking about doing something like the Buckeyes Bash around then. If they do, I’ll probably go there then just to see how it is. I know I’ll need to take some unofficial tours if I want to have an idea of where I fit in.”

The Buckeyes recruiting efforts extend well beyond the players, of course. Matt Barnes was the coach that offered Nwankpa back in September. Barnes, Ryan Day, Kerry Coombs and the entire coaching staff have made it absolutely clear to the young prospect and his family that they believe he’s the right fit for the four-time Big Ten champions.

“That bond with the coaches there is really good,” Xavier Nwankpa said. “I stay in contact with each of them weekly. It’s a strong relationship and I know if I was to go there, I’d be in good hands.”

Again, there’s a sense that right now the Ohio State staff has put itself in a great position to land Nwankpa, but his recruitment is hardly over. It’s barely even begun.

Maybe in a different world, where visits had occurred like normal, he’d be a Buckeyes commitment by now. But that’s not how things are going. Where a lot of kids are speeding things up, he believes he needs to slow them down.

“With another dead period, I’ll probably slow things down and push my recruitment back a little bit, just to hopefully visit everywhere over the summer,” Nwankpa said. “I’m still very interested in Iowa, USC, Arizona State, Clemson and Texas. I haven’t really narrowed down my list. I’m open to everything and would like to definitely build a relationship with them all.”

Things are just starting to warm up for Xavier Nwankpa and that’s going to make his recruitment one that Buckeyes will want to continue to watch closely.