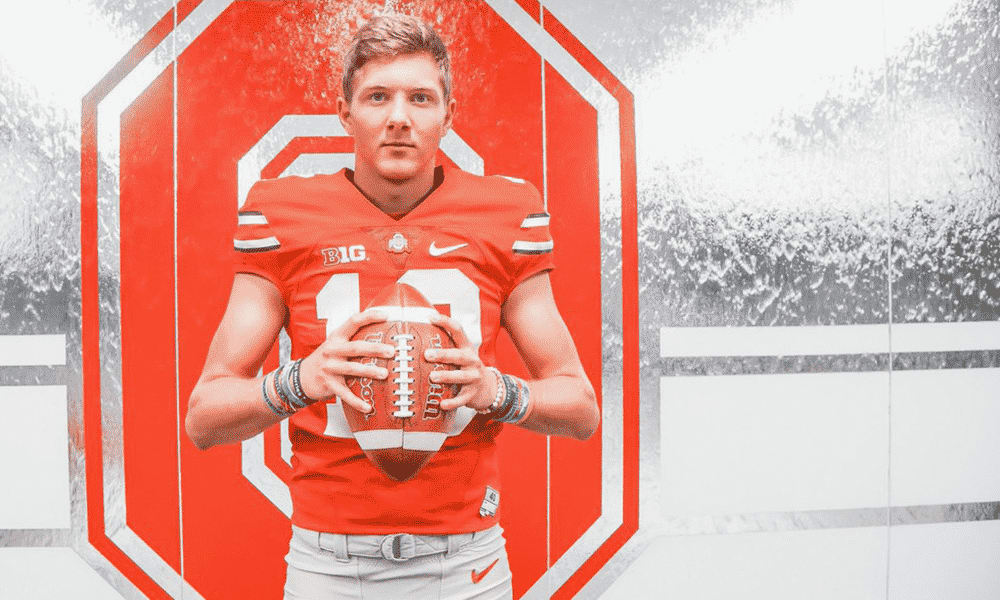 Brian Maurer earned a scholarship offer from the Buckeyes after camping at Friday Night Lights. (Photo via Brian Maurer/Twitter)

On Friday night in Columbus, Brian Maurer was very clear that if he didn’t get a scholarship offer from Ohio State sometime in the very near future, he wouldn’t wait around for the Buckeyes.

“I’m about to release my top five,” he told the media following Ohio State’s premier recruiting event, Friday Night Lights. “If Ohio State offers me, they’ll be in my top five. If they don’t, I’m going to have to exclude them out of my top five. Ultimately I want them to offer me so I can put them in my top five.”

The offer from Ohio State is 20th known offer for Maurer, but there’s no doubt that it’s a big one. He wouldn’t have made the visit to Ohio State this week if it wasn’t one he coveted, and he now becomes the favorite – along with Michigan State commit Dwan Mathis who is on an official visit in Columbus this weekend – to become the Buckeyes 2019 quarterback.

The country’s 18th-ranked pro-style quarterback – though he ran a 4.51 in the 40-yard dash at Florida on June 8 – is an Elite 11 finalist. He will head back home to Florida before heading to Dallas for Nike’s The Opening and intends to narrow his top school list in the near future.

Check out everything that Maurer had to say following Friday Night Lights in the video below.