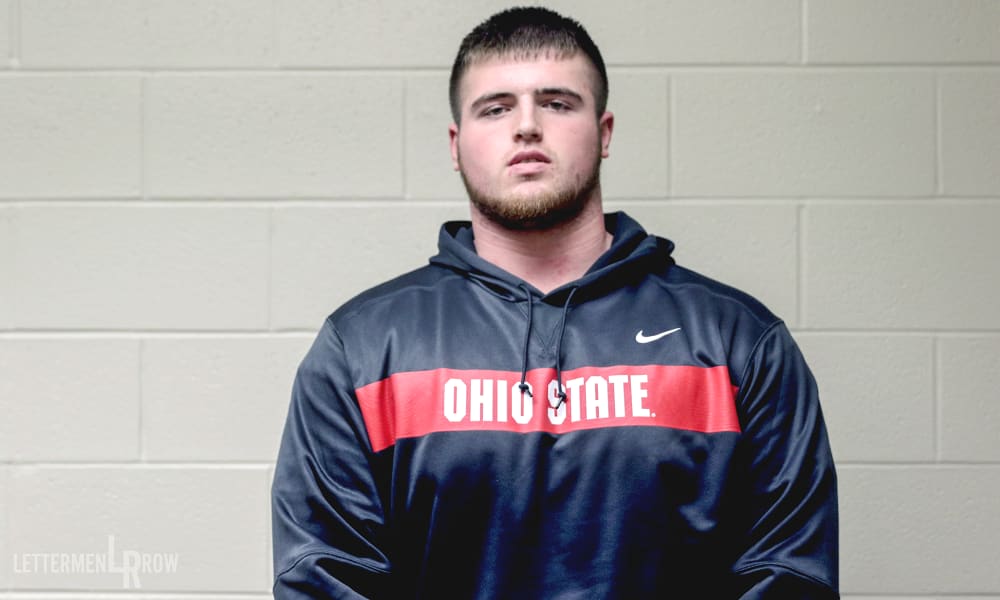 Trey Leroux made multiple visits to Ohio State during the 2018 season. (Birm/Lettermen Row)

NORWALK — Ryan Day has committed to recruiting inside Ohio, and another in-state standout has committed to Ryan Day and Ohio State because of it: Norwalk product Trey Leroux is the latest to add his name to the list.

A massive 6-foot-8, 320-pound tackle for the Truckers, Leroux is currently ranked as the state of Ohio’s 38th-best 2020 prospect — and he’s commitment No. 7 in the 2020 class for the Buckeyes. The current rating might appear a bit modest, but he’s sure to see a bump after being coveted so early and so absolutely by Ohio State.

The Ohio Prep Sportswriters Association Northwest District Lineman of the Year for Division III, Leroux was a first-team All-State selection after helping lead Norwalk to the semifinals of the state playoffs for the first time since 1974. 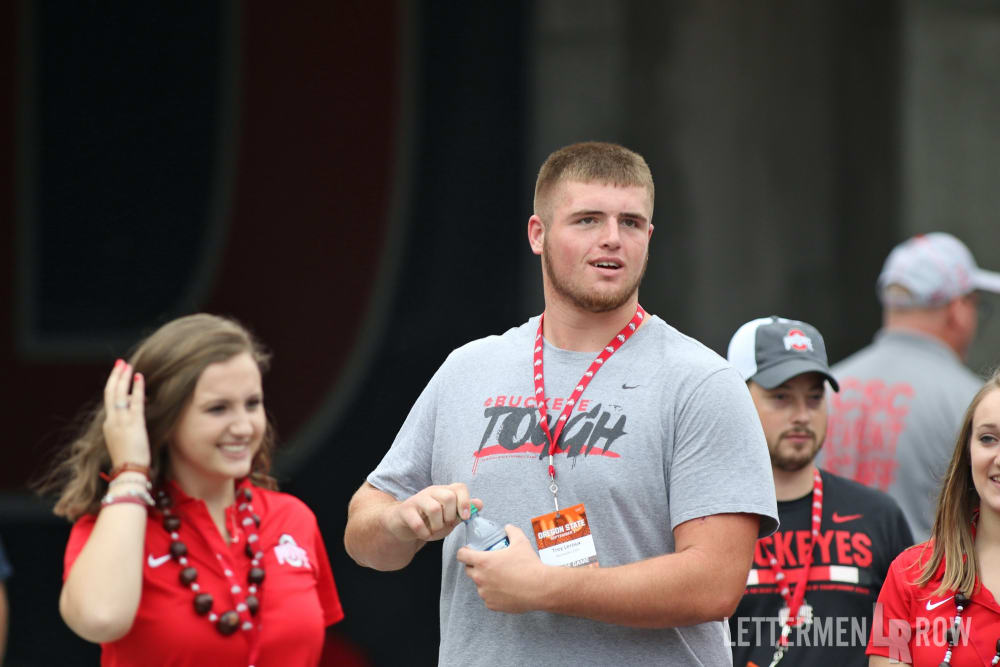 Offered by Ohio State during a one-day school visit on Friday, Leroux picked the Buckeyes over offers from Purdue, West Virginia, Kentucky, Cincinnati, Pittsburgh, Rutgers and others. He was a player also being closely watched by Michigan and former Ohio State offensive line coach Ed Warinner.

After landing the Buckeyes offer, Leroux wasted little time making a decision. There has been some contact with the Ohio State staff for months, but it had been on and off until it accelerated through the month of February. Leroux had planned on making an early decision and most felt he’d commit to Purdue, but he backed off of his commitment plans in order to give programs like Michigan and Ohio State more time to evaluate him. That decision paid off with the unexpected offer from the two-time defending Big Ten champs, which set the table for him to commit just a couple days later.

Leroux continues the emphasis in Ohio State’s 2020 class to restock the offensive line. The Buckeyes have seven pledges at this point, but Leroux is the fourth offensive lineman and third lineman from Ohio to join Ryan Day’s first full class of Buckeyes. 5-star offensive tackle Paris Johnson and 3-star prospect Jakob James have previously pledged to Ohio State.

With the addition of Trey Leroux, the Buckeyes extended their lead as the Big Ten’s best 2020 class. Michigan, who also has seven verbals in the 2020 cycle, is second according to the 247Sports.com composite rankings.

What are the Buckeyes getting from Trey Leroux? Lettermen Row breaks down what his commitment means here.