Ohio State football recruiting can be a wild ride full of twists and turns as recruits from all over the country maneuver their way to signing day. Lettermen Row is here to help navigate the tumultuous roads by getting to the heart of the matter with the young football players and Ohio State coaches and staff members themselves. Today’s guest is 2021 signee TreVeyon Henderson, who is set to enroll at Ohio State at the end of next week.

Nothing has been normal in the 2021 recruiting cycle, so of course the 15 Ohio State early-enrollees aren’t on campus yet.

The group would have arrived this week, but that has been slightly delayed this year instead. Students aren’t taking on-campus classes in Columbus right now, so it doesn’t make that big of a difference for most of the Buckeyes 2021 signees — but it’s just another bump in the road for TreVeyon Henderson.

After committing to Ohio State before ever visiting the city of Columbus, Henderson has been patient waiting for his chance to check out the places he’ll spend the majority of his college life. He’s taking it in stride, like he has everything else. No panic, no complaining. Henderson is just putting his head down and working, a trait that made him the country’s No. 1-ranked running back and also a personal favorite of Ryan Day’s in the 2021 recruiting class.

“As a person he’s one of the more special people I’ve had the opportunity to know,” Day said of Treveyon Henderson on signing day in December. 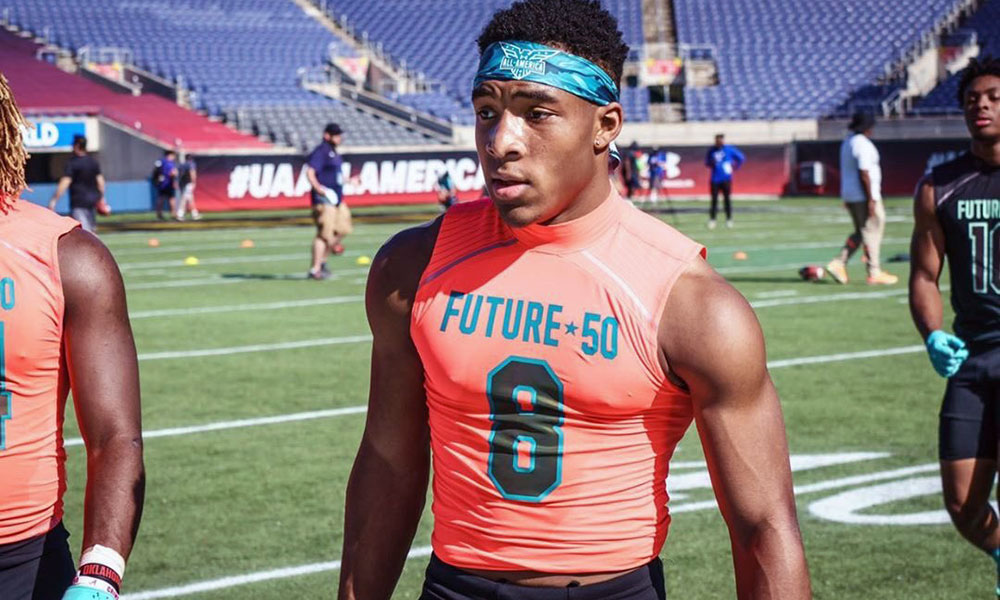 On the field, Treveyon Henderson is just as special as his ranking attests. There’s no reason — at least in his mind — that he shouldn’t compete for playing time right away at Ohio State. He’s motivated to help get the Buckeyes back to the national title game again next year.

“My first thought when the game ended was to get focused and work even harder than I already am,” TreVeyon Henderson told Lettermen Row. “Because my goal is to win a couple national championships, and it’s not going to be easy.”

What has Treveyon Henderson been doing to get himself ready? Who will be his college roommates? What question is he most glad he’ll not have to answer again anytime soon? The top-ranked tailback joined Birminology for a final time to talk about those things and more with Lettermen Row.

Continue Reading
You may also like...
Related Topics:Featured, TreVeyon Henderson