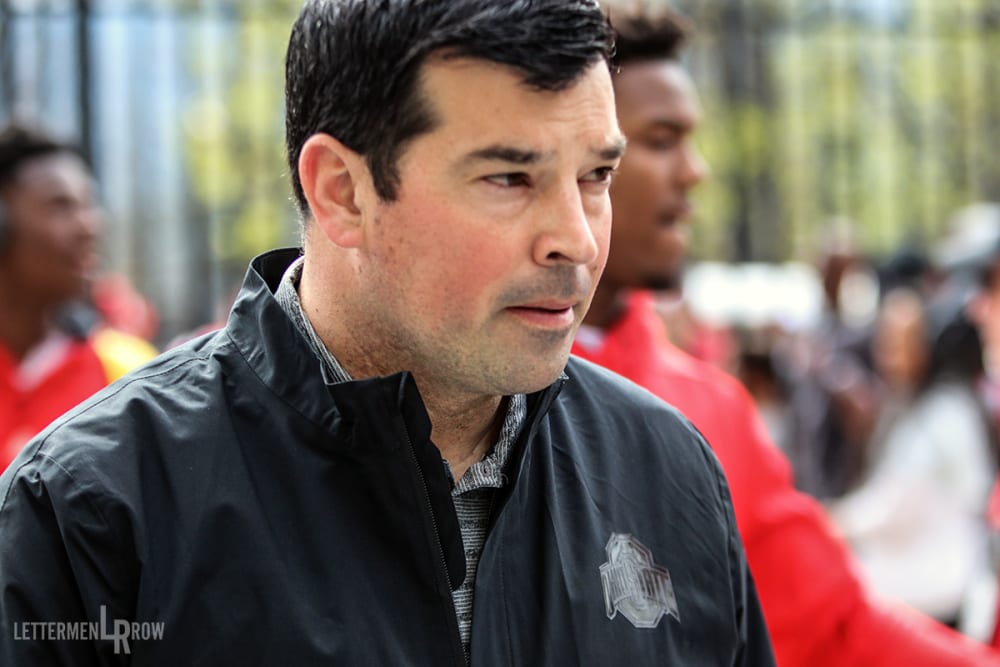 Ryan Day isn’t from the Cradle of Coaches. Moreover, he doesn’t trace much in the way of coaching roots to the state of Ohio until plucked from the NFL by Urban Meyer scarcely two years ago.

But damn if Day isn’t quickly carving his own niche with the lifeblood of the state’s football: High school coaches.

Ditto for Day’s staff as well.

“It’s genuine, it’s authentic; not something he feels like he’s supposed to do,” said Mark Solis, coach of powerhouse Olentangy High School in Lewis Center. “I’ve met coaches like him, not here, but around the country, where you felt like you were almost a hindrance to them, so to speak.

“He’s genuine in his sincerity in wanting to be involved to see what he can help us out with at the high-school level.”

The Buckeyes already are positioning themselves to help their future cause as they own a trio of in-state commitments from offensive linemen, the type of guys who can one day grow into the scarlet-collar face of the program.

One of those is Trey Leroux, the 6-foot-8 specimen from Norwalk. The others are Jakob James of Cincinnati Elder and highly coveted five-star Paris Johnson of Princeton.

“It obviously shows they’re really focusing on finding the best players in Ohio that they can, shows a lot about the program,” Norwalk’s Todd Fox told Lettermen Row of Day’s in-state approach through six months. “And they’re still looking for the best players in nation, but it seems like maybe they’re combing our state a little bit more than maybe in years past.

“There are some great linemen here in this state and great players to boot. Maybe sometimes they don’t stick out on paper because they’re not at all the showcases, but they’ve done a nice job.”

Not too long ago and somewhat unsolicited, Day showed up to a Central District Football Coaches Association meeting. Day wasn’t speaking and he wasn’t otherwise obligated to mingle with the region’s grass-roots leaders.

He just did it. Think that won’t resonate?

“Ryan has been very proactive in reaching out,” Solis said. “I’m vice president of our Central Ohio Coaches Association, and we had a meeting where he came out. He didn’t have to come, and he came out on his own accord.

“He shared some thoughts with us about his transition as head coach and how he wants to get involved.”

Day even offered, Solis explained, to help the state’s prep coaches in their quest to garner some additional spring time with their players.

“He wants to help us as we’re pushing to get some opportunities to work with our kids in May that we don’t have right now,” said Solis, who also praised the retention of Mark Pantoni for keeping Ohio State’s recruiting success ongoing. “He’s been very forthright. ‘How can I help? What can I do?’”

It isn’t just Day but also his couple of staff holdovers and the new guard of Buckeyes coaches.

“The whole staff’s been great as well,” Solis said. “I had the opportunity to sit in on some meetings during spring ball with Coach Day and his staff. Kevin Wilson’s son is on our team. I’ve been fortunate that I’ve had those opportunities afforded to me, and Coach Day has been very, very approachable. Everything from philosophy to talking ball, he’s been great.” 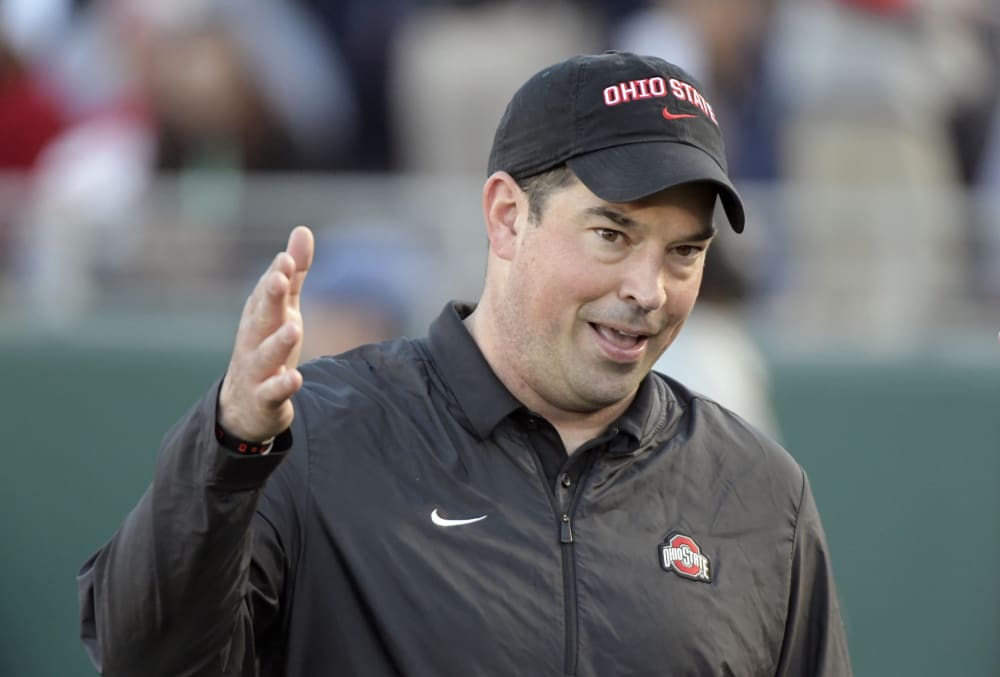 Ohio State coach Ryan Day is off to a solid start with the Buckeyes as a recruiter. (Kirby Lee/USA TODAY Sports)

“Just sitting back for him, and I think in the beginning it was such a tough situation,” Fox said. “You never want to follow a situation where someone was that successful [as Meyer] and there’s nothing negative to say [about transition], but he’s done a nice job. Coach Day, he himself will contact coaches like myself, check on recruits. Not being an Ohio person originally, he’s making sure he’s covering his bases.

“I know the coaches association are really happy for his connection. For Coach Meyer, it was kind of natural, but for Coach Day he’s continuing that and is maybe more intentional.”

The coaches know not every Ohio prospect will be a natural fit for Day and the Buckeyes; that’s OK. This staff’s approach is early on leaving everyone on the same page.

“The final day before Trey committed, Coach Day told him, ‘Be 100-percent sure.’ This offer is for you, but you’ve got my blessings to make sure it’s what you want. That transparency is not always common in all the programs we work through. It’s nice to see Coach Day’s approach and work here in the early going of making it his program.”

Ryan Day may have been born outside of it, but he’s fitting seamlessly into the renowned Cradle of Coaches.

How much will freshmen play for Ohio State under Ryan Day?
Buckeyes in final four of Kendall Milton, Darrion Henry commitment coming?
Advertisement