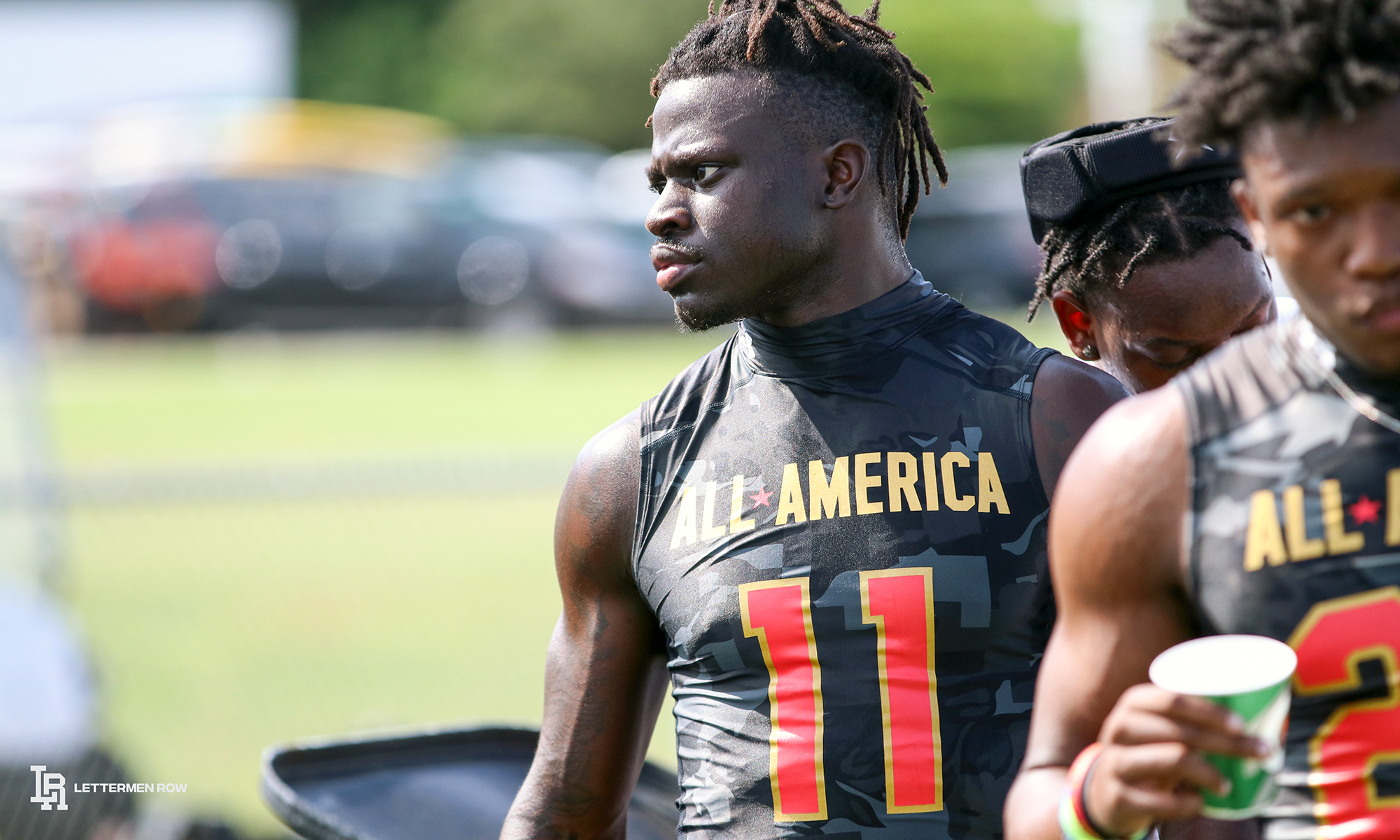 Richard Young connected with Tony Alford and Ryan Day as the Buckeyes continue to build a relationship with the 5-star running back. (Birm/Lettermen Row)

BRADENTON, Fla. — It’s been a whirlwind week for 5-star running back Richard Young.

The country’s top-ranked 2023 tailback made a two-day visit to Ohio State, arriving Tuesday night and leaving Thursday afternoon. On Friday, he was making his way to Bradenton and the IMG Academy for a chance to participate in the Under Armour Future 50. The non-stop travel isn’t going to stop anytime soon, either. He’s already been to Georgia this month, a trip he took a week before the visit to Columbus. He’s got a planned trip to Florida State on the schedule and is expecting to make a visit to Alabama and Clemson as well.

No matter where he goes, he now has a clear example of how a visit should go. The Buckeyes made sure of that.

“It big time brought them up in my recruitment,” Young told Lettermen Row following the morning workout session at IMG. “They’re the top leader right now. They showed me a lot when I was up there. I learned a lot just being out there doing drills with Coach Tony [Alford.]”

Like fellow Florida 5-star Treyaun Webb, the highlight of the trip for Young was the chance to finally connect in person with Alford. The two have built a strong early relationship and it was improved upon while the 6-foot, 200-pound Young was in town. The chance to connect helped make the visit even more than Richard Young expected.

“It was just the coaches,” he said. “Getting to sit there and learn off of them. I was in Coach Alford’s office and writing my high school plays on the white board, stuff like that. I learned a lot about stuff that I can bring back here to make myself better. With Tony Alford, we just got more close. Coach Tony is what makes Ohio State stand out from the other schools.

“When he was working me out, doing the drills, I could tell he was proud of how hard I was working. I was doing things I’ve never done and even if I messed up, he was proud and saying ‘as long as you’re going 100-percent, I’m going to be proud.’ He was just amazing.” 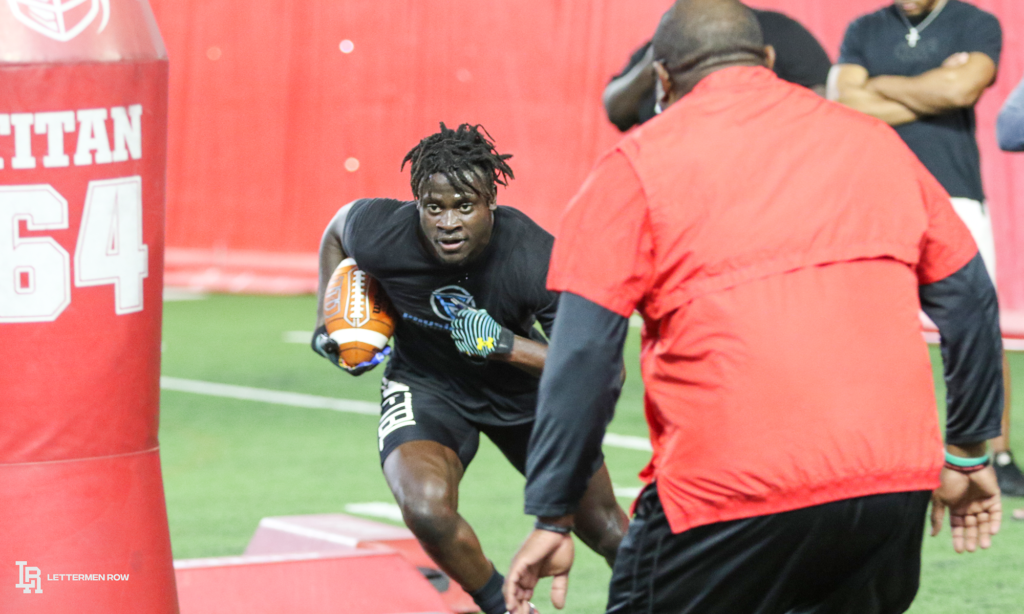 Florida 5-star running back Richard Young worked out in front of Tony Alford and the Ohio State coaches during his June visit. (Birm/Lettermen Row)

It wasn’t just Tony Alford doing the work, either. Richard Young was a focus for the entire Ohio State coaching staff and he spent time talking with coaches from nearly every position. He had a couple of key meetings with Ryan Day that left a big impression on him.

“Meeting with Coach Day for the first time was great,” Young said. “We didn’t just sit down once, we did it a couple of times. The energy from him was exactly what he seems like on Zoom and FaceTime. Everything was 100-percent with Coach Ryan and I definitely loved that.”

Master Teague, Treveyon Henderson and a handful of current Buckeyes players made themselves available to Young. He says that the chance to talk to players who’ve gone through this process and picked Ohio State was important. The recruiting stuff is fine, but he’s wondering about the experience in college so far.

“I met a ton of new people,” Richard Young said. “I felt like I fit in there. They were all real cool and basically just told me ‘Always work hard, give it 100 percent of you and show people every day why you’re the best. Why you belong.'”

There’s no rush to a decision anytime soon for Young, and there’s a lot more traveling ahead of him. Right now, after his first visit with the Buckeyes, he knows Ohio State is a place that he fits. That’s a key first step for both him and Ohio State.