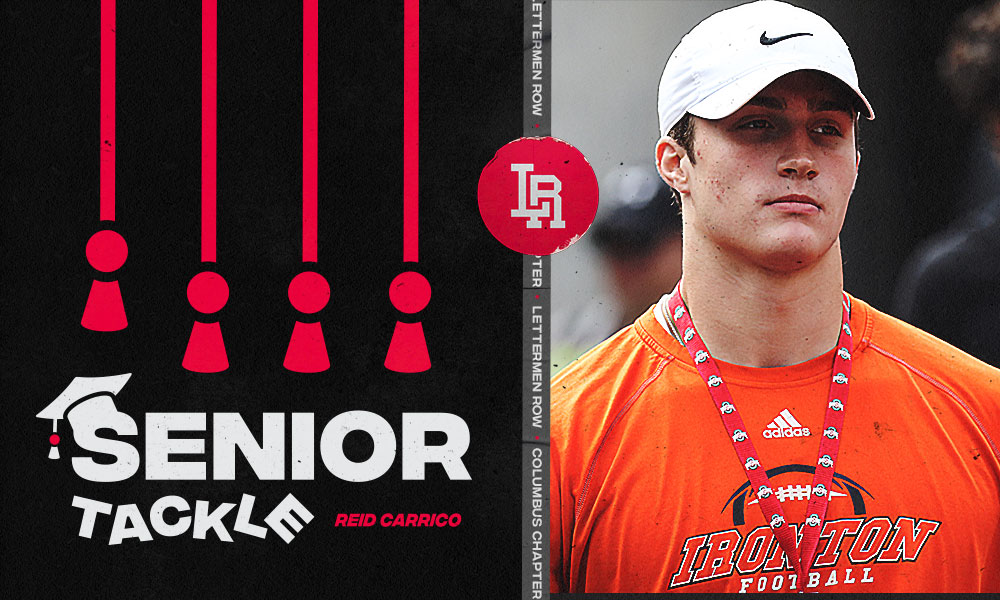 Reid Carrico is hoping to get back on campus at Ohio State as an official visitor. (Birm/Lettermen Row)

As we start football camp, this year has been very different for us.

Usually this week would be our first week of two-a-days, but this year we are just using this as camp. Basically the only difference for us between two-a-days and camp is during two-a-day practices, we get done with the first practice, take like ten minutes to eat then you get your gear right back on.

This year we have practice and a 20-minute break halfway through the camp day. This is our second week of camp, and we will have next week for camp too, I hope. We’re a bit behind so it’s likely going to be four, four-and-a-half hour practices all the way up until our first game, whenever that is. We’re working hard to get ready and just hoping we’re able to play.

There are a lot of questions as to whether we will have our official visits or not, and I know kids everywhere are worried about it.

Obviously, I hope we do. But there’s no telling how the next couple months play out for our country, and it’s already been a wild year. So it’s pointless to even make a prediction about what to expect. It would be cool for me to experience my official visit, but I think for me a lot of the visit, if it happened, would be focused on bringing uncommitted targets to campus with us. Then it’s all about building relationships with them.

And I’ll just say this: If we do get to have our official visits, I have a surprise for Buckeye Nation coming. But we have to have the officials.

Visits or not, I am very optimistic about us getting to play ball this fall. I think that because we wouldn’t be allowed to hit and practice if there was no way we play this fall, so I think it’s clear people want us to play. That’s great for me because if it was moved to the spring then I’d have a big decision to make: Will I stay for my senior year or leave for Ohio State early as I’ve been planning?

My original plan is looking good at the moment. And if this fall season happens, I will 100 percent be there with the Buckeyes in January.