Connect with us
Rashod Berry had some memorable moments at Ohio State. (Birm/Lettermen Row)

COLUMBUS — Rashod Berry played it off like the rare feat at Ohio State was no deal.

After all, the senior did have a whole week to prepare for a move back to a part-time role on the defensive line.

But as much as Berry tried to underplay the difficulty, there are plenty of good reasons why it’s so uncommon to see two-way players for the Buckeyes anymore. And since it had been seven years since the program had last seen anybody do it in the same game, it certainly was worth celebrating in November after the tight end surprisingly appeared again on the other side of the ball to rush the passer against Maryland.

And make no mistake: NFL scouts and general managers will certainly take notice as they evaluate Berry’s versatile athleticism and think about how best to use it at the next level.

“Honestly, I had been going to the coaches since the beginning of the summer,” Berry said. “I was asking them: ‘Let me try it out. Let me go over there.’ Then the opportunity opened up, and the start of that [Maryland] week, they saw what I could do. 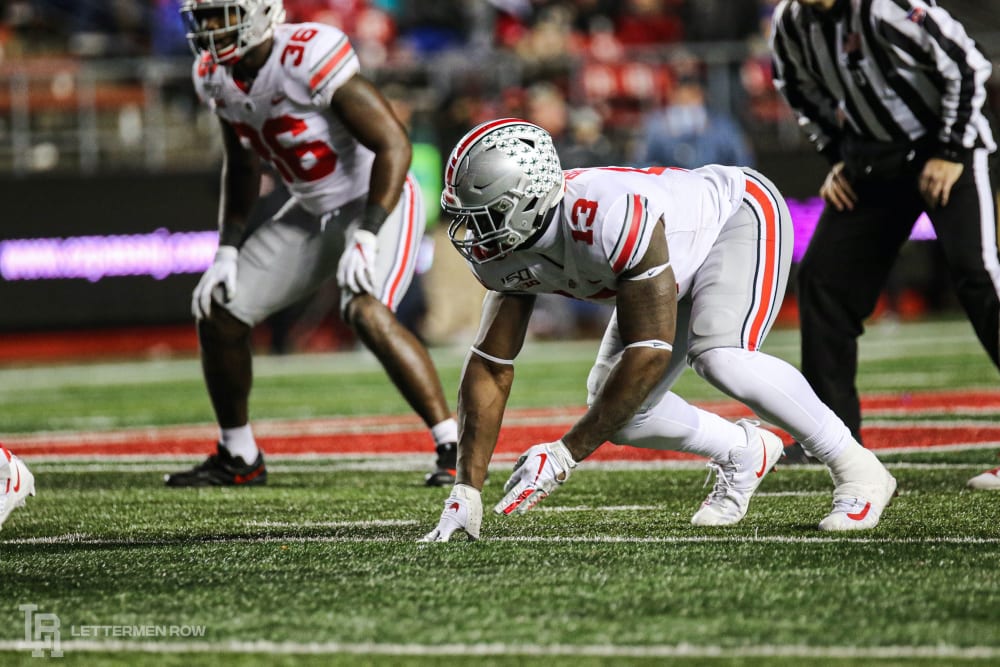 “I did it in high school. And when I was over there as a sophomore, I was a good pass rusher. They knew I could do it, and I just had to prove it.”

Berry wasted no time with it in that win over the Terrapins, collapsing the pocket and forcing a rushed throw that fell incomplete to stop the opening drive of the game. And while he didn’t get any statistical credit, that wasn’t really anything new for a guy who has embraced the dirty work the Buckeyes need wherever he’s lined up on the field.

His career numbers are certainly modest as he finished with 17 catches for 196 yards and 4 touchdowns at tight end after moving there following a seven-tackle season on the defensive line in 2016. But part of that was Ohio State needed time to figure out the best home for Berry — not even thinking about the possibility of using him as a true dual-threat until late in his senior year.

Odds are he’s going to have to focus on just one again for an NFL team. But at a minimum, Berry is going to give franchises a little extra to think about on draft day.

Where does Rashod Berry actually feel the most comfortable? What can the Ohio State product give an NFL team as he prepares for the upcoming draft? How does he view his career with the Buckeyes now that it’s over? The tight end and defensive linemen popped into the Lettermen Row film lab to answer those questions and break down some highlights in the latest episode of BuckIQ.