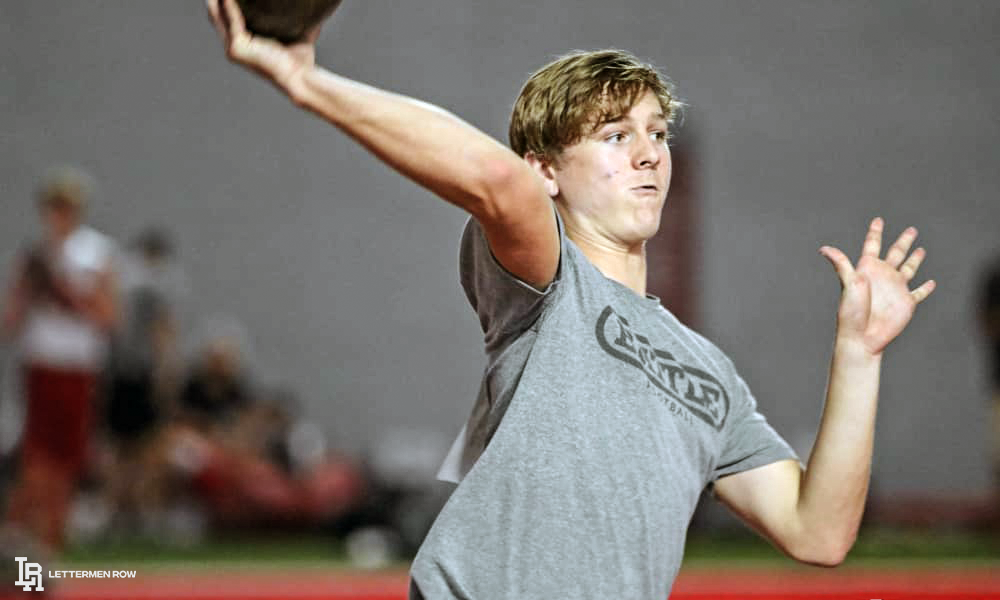 Quinn Ewers was in Columbus before he ever took a high school football snap. (Birm/Lettermen Row)

COLUMBUS — Quinn Ewers is back on the market. And Ohio State is very interested in the next move for the country’s top-ranked 2022 quarterback.

So, too, is Clemson, Alabama, Oklahoma and every other major college football program. But that’s the state of affairs for the Southlake (Texas) Carroll signal-caller after his decision to reopen his recruitment and end his short commitment to Texas.

“Recently, as I’ve competed alongside my teammatures during my junior season at Southlake Carroll, I’ve also taken some time to think about my future,” Ewers tweeted Wednesday night. “Given the COVID-19 pandemic facing us, this has been a challenging year for all students like myself. With the support of my famaily, I tried to navigate the recruiting process the best way I could.

“With the process being abnormal this season, I tried my best to keep an open mind to all possibilities. However, the more I’ve considered, the more I’ve come to realize I didn’t explore all options as thoroughly as I would have liked. Therefore, I’ve decided to decommit and reassess the situation before making such an important decision on my future. I would like to thank the University of Texas for their belief in me and my abilities. I understand this year has been challenging for the coaches and administrators as well, so I appreciate their understanding and wish them the best in the future. My family and I also thank Texas Longhorns fans for their interest and support. I will soon have a firm decision on where I will spend the next few formative years of my life and career, and I look forward to sharing that with you.”

A 5-star prospect, Ewers was offered by Ryan Day before he became the head coach at Ohio State and has been a top target of Day and first-year quarterbacks coach Corey Dennis ever since. The 6-foot-3, 205-pound prospect had a number of schools he was interested in before committing to Tom Herman and the Longhorns in August, but most recruiting analysts had believed that his ultimate decision would come down to Ohio State, Oklahoma and Texas, the school he’d dreamt of attending since he was a little kid. 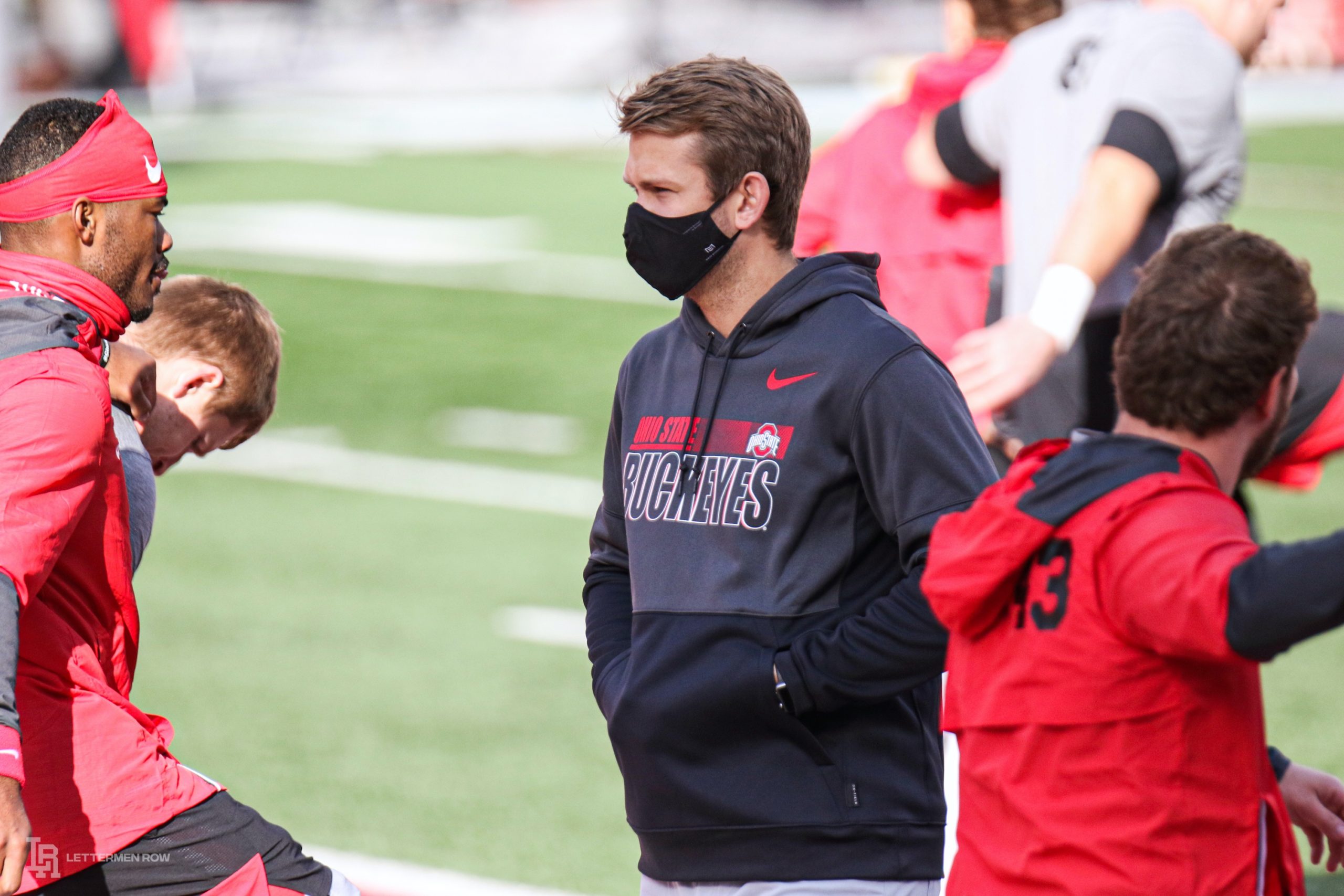 Now an uncommitted prospect, Ewers will have to consider his future dreams ahead of his past ones. That could lead him back to Ohio State, a program that offered him a scholarship before he ever took a snap as a high school football player. This was Lettermen Row’s assessment of Ewers when he camped for the Buckeyes ahead of his freshman year of high school.

“For my money, the best quarterback in attendance was 2022 – yes, a player getting ready to enter his freshmen year of high school – prospect Quinn Ewers. He’s going to be a star Southlake Carroll in Texas.”

So far, so good on the predictions for Quinn Ewers development. But now the real question: Where will he take the next step toward becoming an NFL quarterback? Ohio State, Oklahoma and many of the country’s most prestigious college football programs are hoping for a real chance in his renewed recruitment.