Ohio State football recruiting can be a wild ride full of twists and turns as recruits from all over the country maneuver their way to signing day. Lettermen Row is here to help navigate the tumultuous roads by getting to the heart of the matter with the young football players and Ohio State coaches and staff members themselves. Today we’re catching up with Omarion Hampton, one of the Buckeyes top targets at running back in the Class of 2022.

Because of the way the crazy last year unfolded, it’s been hard to get a good read on everything that Ohio State is doing on the recruiting trail. As Covid-19 forced prospects and coaches to wait for football’s return, some big-time players slipped, at least a little bit, through the cracks.

That’s why it took Ohio State so long to feel like Omarion Hampton was worth a scholarship offer in mid-March. Hampton finally had his chance to follow up on a tremendous sophomore season, one where he ran for almost 2,500 yards. He had begun putting together a spectacular junior campaign as well,  but suffered a broken ankle after five games.

Now, his Cleveland (Clayton, N.C.) High School teammates are one win away from a state title and Hampton is able to pay a bit more attention to recruiting than he thought. 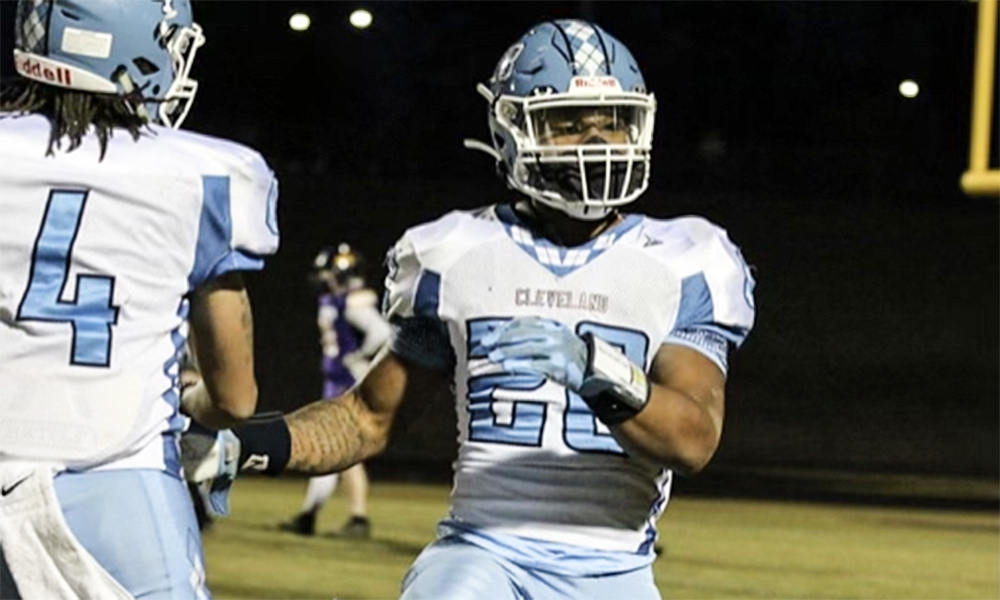 And that means more time to connect with coaches like Tony Alford. Ohio State has real interest in the country’s No. 10-ranked tailback and he has real interest in the Buckeyes. He’s one of just two backs that will be hosted for an official visit this June, along with Memphis (Tenn.) 4-star Dallan Hayden. A lot of schools are starting to pay attention to the 6-foot-tall, 215-pound Omarion Hampton and a laser-timed 40-yard dash in under 4.40 seconds is a big reason why.

What’s the most important thing he’s looking for in a college? When will be visit Ohio State? How does he connect with running backs coach Tony Alford?

Get to know more about the rising prospect and his interest the Buckeyes on the latest episode of Birminology from Lettermen Row.