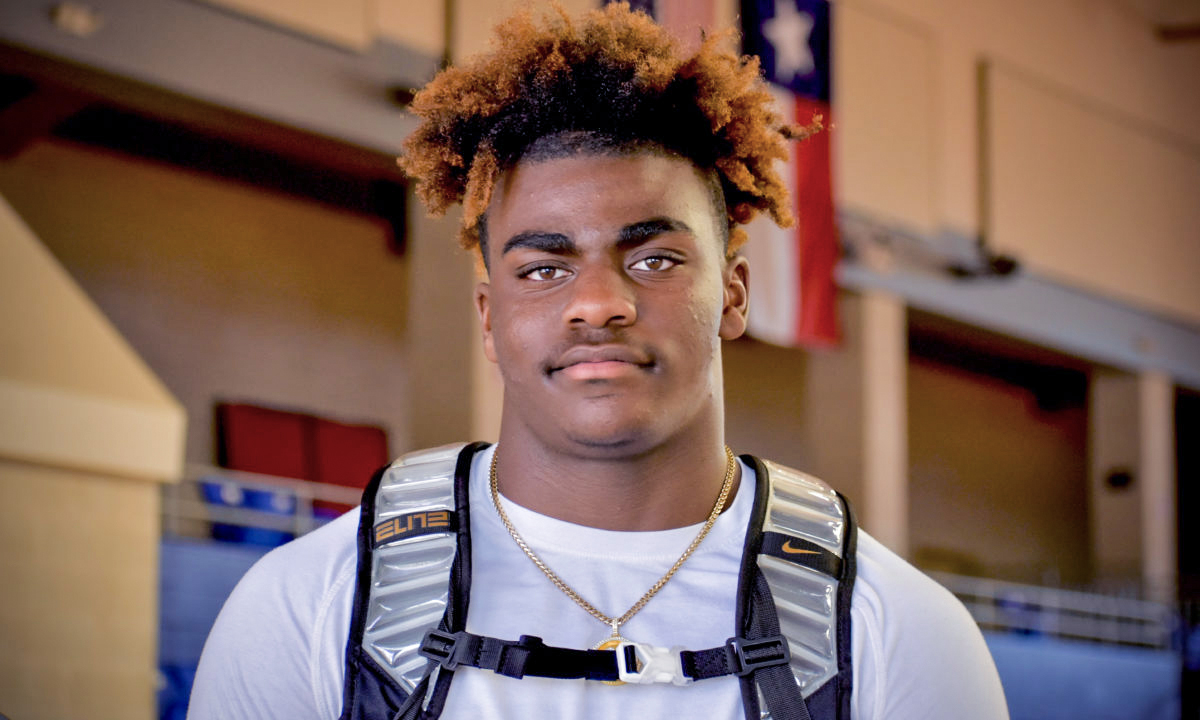 Omari Abor will see his top schools in person during the month of June. (Special to Lettermen Row)

Ohio State football recruiting can be a wild ride full of twists and turns as recruits from all over the country maneuver their way to signing day. Lettermen Row is here to help navigate the tumultuous roads by getting to the heart of the matter with the young football players and Ohio State coaches and staff members themselves. Our tour around the state of Texas wraps up with Omari Abor, the country’s No. 2-ranked defensive end.

Every school in the country is chasing Omari Abor.

His 6-foot-5, 250-pound frame and lightning-quick first step from the defensive end position make him an elite prospect. He’s the country’s No. 2-ranked defensive end, and his offer list includes the very best of the best in college football.

A lifelong Oklahoma fan, Abor was pegged early to end up playing for the Sooners — and the Dallas area regularly sends its stars to Oklahoma. Learning to put his fandom aside was a challenge early in his recruitment. It’s something he’s gotten better at though in recent months, possibly because of the sheer number of schools that are calling. Now isn’t the time to be shortsighted.

Now is the time to be thorough and patient.

Maybe that’s why Larry Johnson, the legendary Ohio State defensive line coach, connects with Abor so well. Johnson is nothing if not patient, building his relationships slowly and completely, even if they start off naturally and easy. 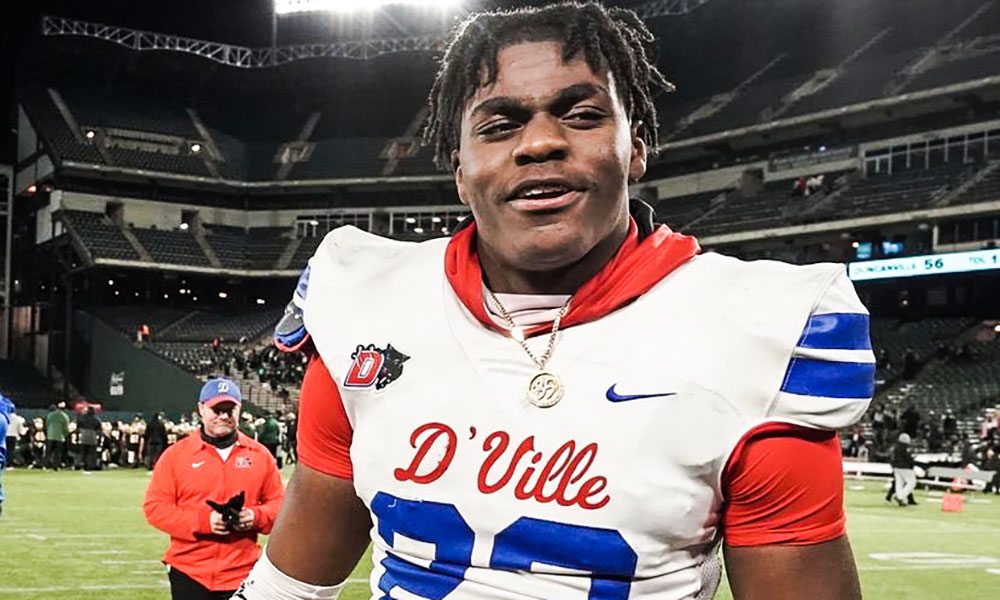 Omari Abor is one of the country’s most complete high school defensive ends. (Omari Abor/Twitter)

That is the same way Johnson builds defensive linemen, and Omari Abor knows that. Chase Young, Nick and Joey Bosa always get the attention, but he knows there have been dozens of other NFL players that Johnson helped mold. If the No. 5-ranked player in Texas is asked why he’s considering Ohio State, the answer is simple.

“It’s really because of Larry Johnson,” Abor said. “Just seeing the many different defensive ends that he’s coached throughout the years he’s been there.

“I think he’s a great coach. I like how he takes time to actually teach a player.”

How has the relationship with Johnson felt different? What kind of things will make the difference in his recruitment? How much does he talk with Quinn Ewers? Does getting the first visit with Oho State matter?

Rain and injury washed away our chance to meet up with Omari Abor in person, but he made time to show up on Birminology with Lettermen Row. Check it out below.