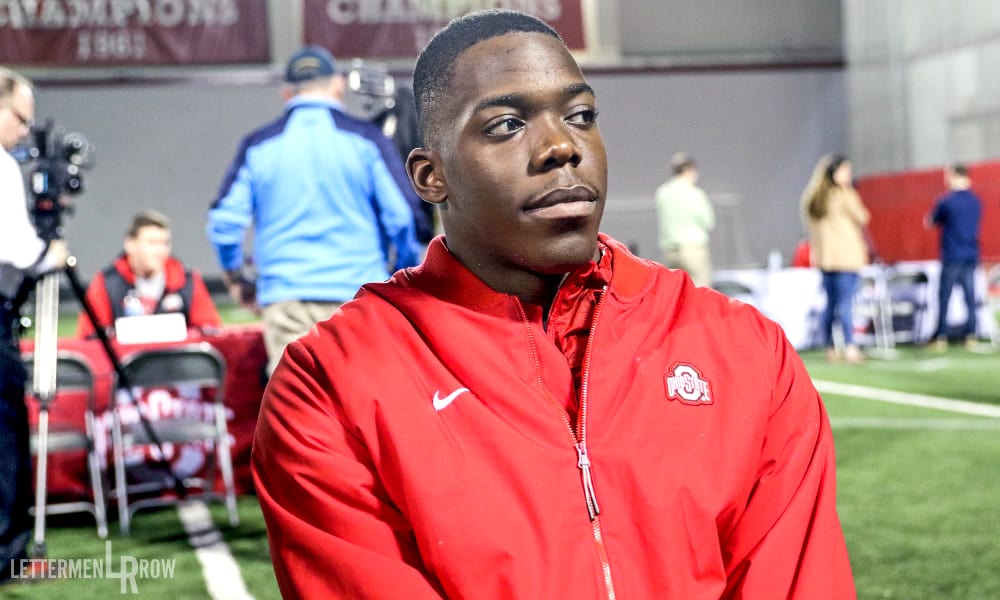 Zach Harrison landed at the school he wanted -- with the coaches he wanted. (Birm/Lettermen Row)

Have a question about Ohio State recruiting? This is the place for you, five days a week. Submit your questions on Twitter or on the Lettermen Row forums. Check in daily to see what’s on the mind of Buckeyes fans all over the country. Friday’s question asks which player in the Ohio State 2019 recruiting class is going to benefit the most the Buckeyes coaching changes.

Which one recruit benefits the most from the coaching overhaul?

I think there are a number of different arguments that could be made while attempting to answer this question, but I think the biggest winners are the defensive linemen who now get to work with both Larry Johnson and Greg Mattison. These are two certifiable legends in their field, and now they’ll be working side-by-side at times. There’s no way to see that as anything but a win for Zach Harrison, Noah Potter and Jaden McKenzie.

It’s going to be Larry Johnson’s world as usual in the Rushmen room, but adding Mattison’s expertise and savvy is huge for these young players.

“I’ve coached defensive line a long time,” Mattison said on Wednesday. “I did say to him: Larry, when you coach [defensive] line, there’s a lot of times on the practice field when there are special teams, and the D-line is not really involved in that a lot. Let me be your assistant. Put me wherever you want, I’ll coach whatever you want right there, and it’ll be two of us doing it.”

None of the young defensive linemen will benefit more than Zach Harrison. Harrison was on the cusp of choosing Michigan over Ohio State in late November, and to learn weeks after signing with the Buckeyes that he’d get to be coached by both Mattison and Johnson — along with one of his personal favorites in Al Washington? That’s a spectacular twist of good fortune almost never before seen in a recruitment.

“Coach J is my guy,” Harrison said Wednesday. “I’ve known him for four years now. This is the fourth year of me knowing him. I’ve got a lot of trust in him.

“When Coach Matty was with the Team Up North, we had a good relationship, a real good one. I love Coach Matty. Now that he’s here? It’s like Christmas. I’ve got two of the guys I like the most in my recruiting process at the same place. Same thing with Coach Washington. … I didn’t believe it at first. It’s great.”

The benefits of those changes are already being felt by Harrison, who is enrolled at Ohio State and has started offseason workouts. Harrison’s recruitment was intense and continually under scrutiny. He’s eager to use the size and scope of the program to become just one of the guys — but the initial reports on his efforts have been extremely positive. 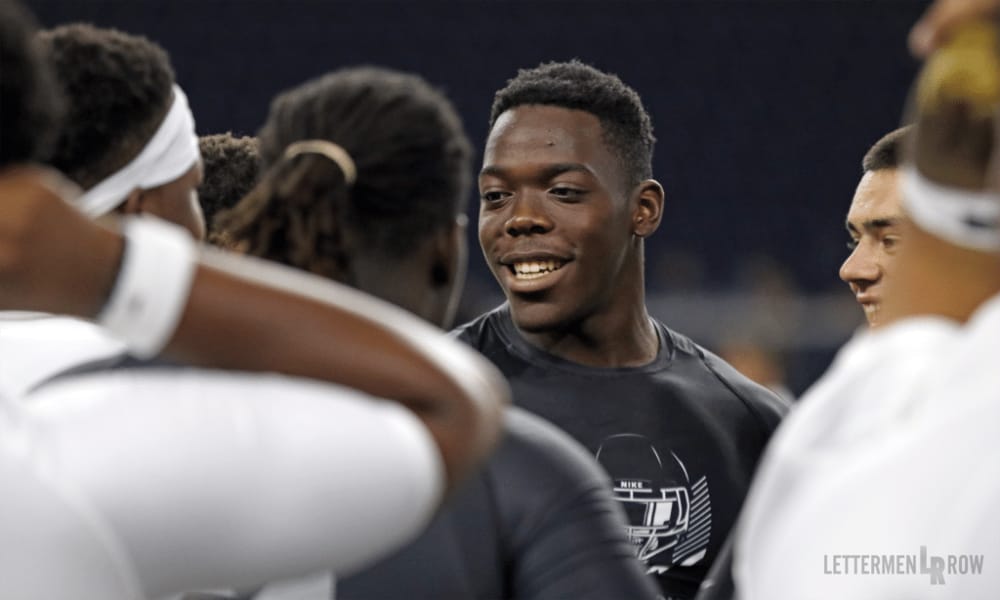 Zach Harrison is all smiles now that he gets Larry Johnson, Greg Mattison and Al Washington at Ohio State. (Birm/Lettermen Row)

“We had mat drills [Wednesday], just watching him in the weight room,” Mattison said Wednesday. “He’s everything you thought when you recruited him. I mean, he’s a special athlete.”

And he’s a special athlete at a place close to home, with the coaches he loved the most in during his recruitment. That’s a recipe for success no matter which way you slice it.

“These guys are here now, he gets Larry, at Ohio State right down the street. He kind of died and went to heaven,” Ryan Day said. “Going through the recruiting process, I know there’s a lot on his plate.

“He’s come here and blossomed. Had an unbelievable day today. He’s been killing it in the weight room.”