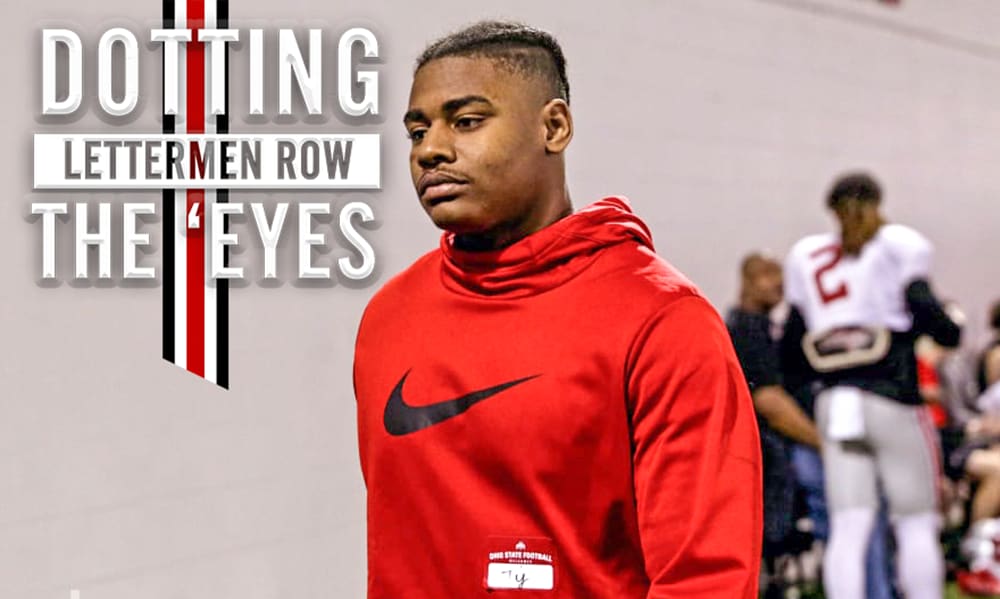 Stay in touch or be left out because Ohio State recruiting is a 24-hour, seven-day-per-week obsession. What’s the latest news as the Buckeyes build for the future? Get that and more Sunday through Thursday on Lettermen Row. Today’s update checks in on a pair of local defensive linemen as well as other visitors from the Buckeyes big recruiting weekend.

The 6-foot-3, 250-pound Hamilton visited Ohio State twice last week, checking out Ohio State’s Thursday practice and returning on Saturday for Student Appreciation Day on campus. Hamilton has been in regular contact with the Buckeyes coaching staff for some time, as might be expected because of his brother’s influence.

“I talk to the staff at least once a week,” Hamilton told Lettermen Row. “Their message is to keep in touch with them so we could continue this recruiting process. [Defensive line coach Larry] Johnson is a great coach, and I’ve seen it firsthand how he develops players as they come in from my brother. He definitely lives up to the hype.”

Hamilton has 16 early offers, including one from Michigan, where he visited on Sunday. But he is trying to take his time with the recruiting process. His brother committed to two different schools before getting a late offer from Ohio State, and his advice to the younger Hamilton has cautioned patience.

“Davon just told me to not take schools for granted and be grateful for what you have,” Ty Hamilton said. “To make sure you make the right decision for yourself and not for others.”

Unlike most young defensive line prospects, the Buckeyes aren’t looking for him to camp. They’re watching his frame to see how he fills out.

“Coach Johnson said he wanted to take his time on the defensive line recruiting for 2020, and he wanted me to come over to practice whenever I could to see them practice and we would go from there,” he said. “He loves my tape, he just wanted me to work on stuff from my film, but they are very interested in me.”

With a number of options on the table, Ty Hamilton and Ohio State will remain tied together in the next few months. What won’t be seen, at least until he earns a scholarship offer, is Ty Hamilton posing in a Buckeyes uniform on social media.

“I didn’t want to take a photo shoot till I get offered,” he said. “I don’t want to disrespect the schools that have actually offered me just cause it’s Ohio State. That’s how I feel it should be done.”

Staying inside of the Columbus area and on the defensive line, we’re talking about a second visit to Ohio State in the last two weeks for Groveport-Madison two-way lineman Terah Edwards. The country’s 54th-ranked offensive guard is being recruited as a defensive tackle by Ohio State and was thrilled to get back in front of Larry Johnson over the weekend.

“It went smooth,” Edwards said. “Coach J and I had a great conversation. He told me he wants me to be a Buckeye and I can be really good if I went there. He said I have to come to camp this summer to get that offer if I really want it, but that he wants me to get back up and spend time with him again soon.”

Edwards visited Michigan on Sunday and added an offer from the Wolverines, but he knows the Buckeyes work slower with in-state targets and that Larry Johnson himself works even more meticulously.

“He told me that my first visit,” Edwards said. “He said he doesn’t offer quick like everybody else does. He told me the feeling of earning an offer at camp would be much better than him just handing me an over today. I’m going to go camp and just see what happens.”

The Buckeyes hosted two of their top targets at cornerback over the weekend with Lejond Cavazos and Henry Gray in town and will host another later this week.

“I will be there on the March 28 and part of the 29th,” Phillips said. “We are going to Ohio State and then Notre Dame. We are flying into Cleveland, so Ohio State first.”

It’s a key trip for both the Buckeyes and the Irish as they look to lure the 5-foot-11, 180-pound defensive back away from the West Coast.

“It’s huge,” he said. “Huge. Two schools that are really high on my list and that have invested in a relationship with me and I feel really comfortable with. Now I just need to see everything they have to offer.”

We talked on Sunday about two 2021 quarterbacks who were in town over the weekend, and today we’re introducing another, Connecticut’s Jack Brandon. A 6-foot-3, 185-pound sophomore, Brandon earned an offer from Ohio State, his first, before he left town.

A Buffalo native, Brandon plays at the Chesire Academy in Connecticut. He’s been hearing from the Buckeyes for a while now.

“I talked to Coach Day,” Brandon said. “Mark Pantoni invited me up for the practice. It was a great experience.”

The thought has been that the Buckeyes were beginning to narrow down their 2021 quarterback options, but they offered Brandon because they believe he’s got special talents.

“Coach Day said he likes my release and how the ball comes out of my hand.”