Troy Stellato has built a very solid relationship with the coaches at Ohio State. (Birm/Lettermen Row)

Ohio State football recruiting can be a wild ride full of twists and turns as recruits from all over the country maneuver their way to signing day. Lettermen Row is here to help navigate the tumultuous roads by getting to the heart of the matter with the young football players themselves. Birminology shows who the young men being recruited by Ohio State truly are — by talking to them. Today’s guest is 2021 wide receiver Troy Stellato, who has quickly become one of the nation’s most sought-after junior prospects.

What started as an offer from a program he knew well at Ohio State has turned into one wild ride for Fort Lauderdale (Fla.) Cardinals Gibbons receiver Troy Stellato.

The Buckeyes offer on Sept. 15 led to an avalanche of opportunities that has seen the 6-foot, 170-pound Stellato go from a relative unknown on the national recruiting trail to the country’s hottest junior prospect in the blink of an eye. Alabama, Clemson, Georgia, Penn State, Florida, Florida State, Miami, USC, Oregon, Nebraska and more have all extended scholarship offers of their own in the last three weeks to the three-star prospect. 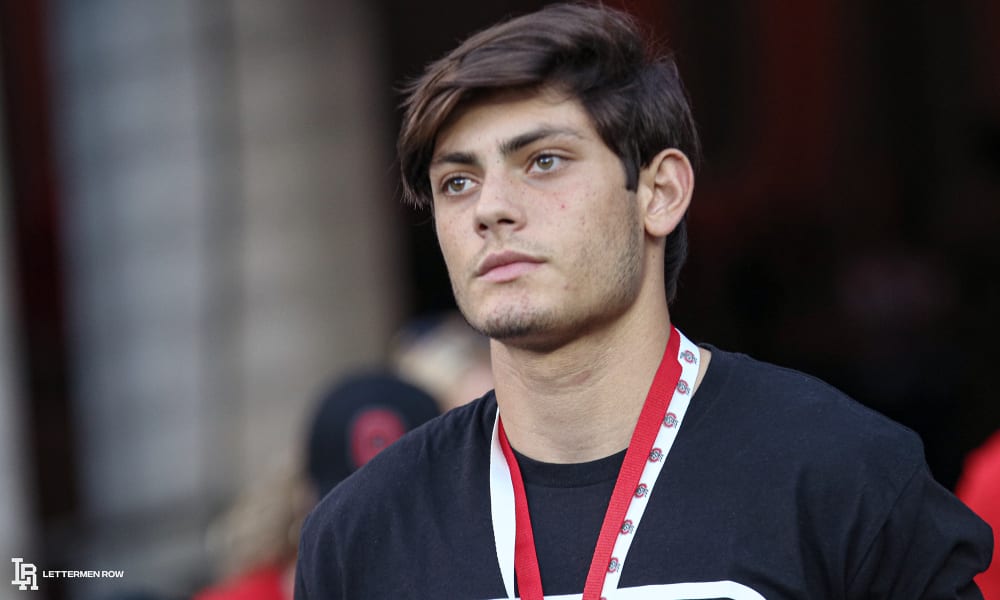 Now Stellato is just trying to hang on and enjoy the ride. He’s made visits to Alabama and Ohio State in the last month and will be at Clemson for the first time soon. He’s trying to pack as much into these wild days as possible as he looks to turn the interest into intent — and intent into an eventual college decision.

How is Troy Stellato handling all the attention? What has caught the eye of these dozen or so schools during his junior season? Why does his relationship with Brian Hartline, Keenan Bailey and the rest of the Buckeyes coaching staff stand out? Find out those answers and more in this week’s edition of Birminology on Lettermen Row.