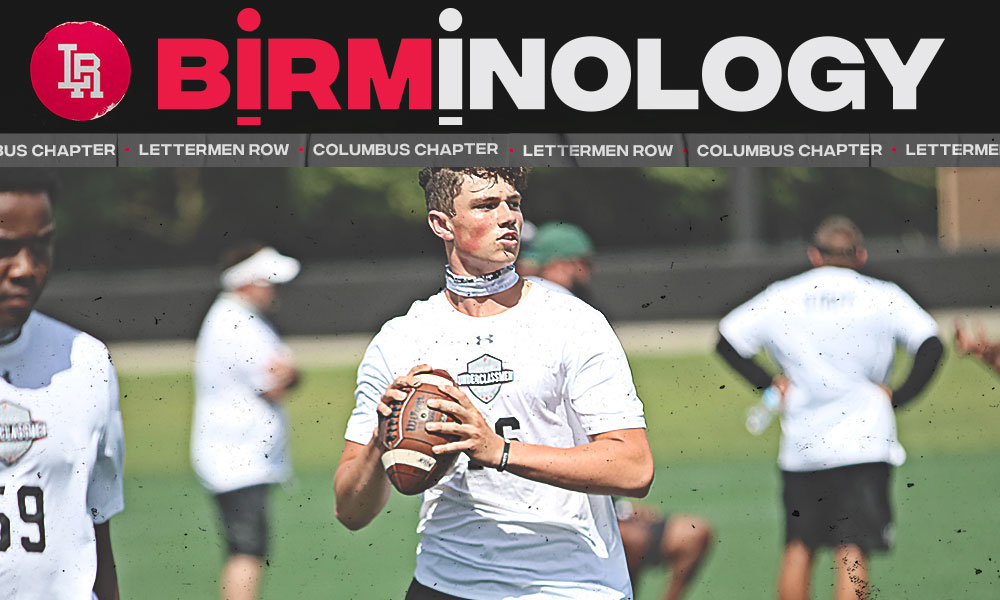 Ohio State football recruiting can be a wild ride full of twists and turns as recruits from all over the country maneuver their way to signing day. Lettermen Row is here to help navigate the tumultuous roads by getting to the heart of the matter with the young football players and Ohio State coaches and staff members themselves. This week’s guest is Medina, Ohio 2022 quarterback Drew Allar, who is the No. 2-ranked player at his position in Ohio.

Ohio State has not signed a quarterback from Ohio since Joe Burrow joined the Buckeyes in the Class of 2015 and Medina’s Drew Allar is hoping to be the guy who changes that trend.

A 6-foot-5, 215-pound gunslinger who plays in a wide open, pass-heavy offense for the Bees, Allar has slowly but surely put himself on the radar for first-year quarterbacks coach Corey Dennis and Ohio State. 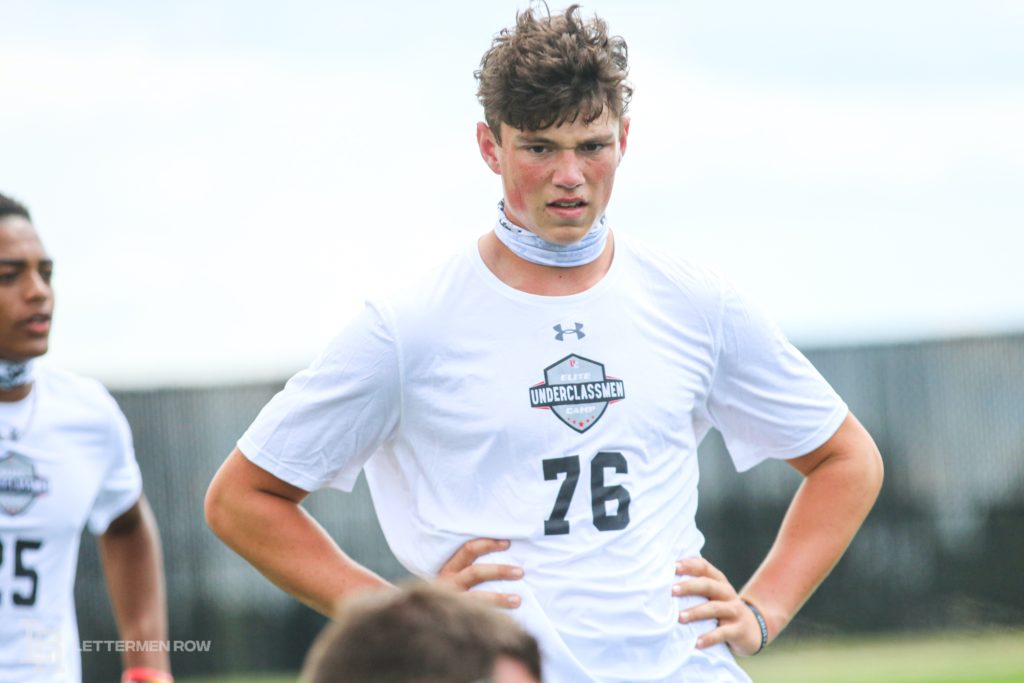 Drew Allar has caught the attention of the Buckeyes coaching staff. (Birm/Lettermen Row)

But, like many high school juniors, Allar thinks his recruitment could have a much different flavor to it had he not lost this last summer to the Covid-19 pandemic and its related quarantines. For young football players, the summer between the sophomore and junior season is probably the most pivotal when it comes to recruiting and that’s especially true for quarterbacks because the Buckeyes don’t make a habit of offering kids at that position until they’ve been able to evaluate them in person. For the Class of 2022, it could be a long wait until that happens, no matter how much good stuff Allar puts on tape.

So how is the talented junior from Northeast Ohio handling his recruitment? How much is he talking to Ohio State? What other schools have his attention? What does it feel like to be on the Buckeyes radar? Ohio’s second-ranked quarterback talks about those things and more in the latest edition of Birminology from Lettermen Row.