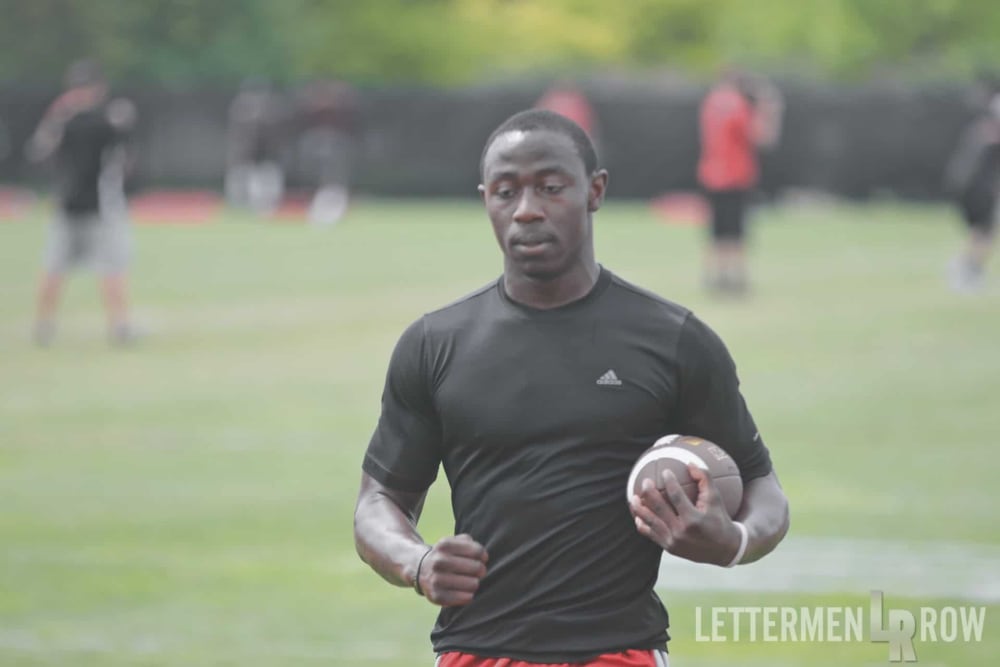 In a somewhat surprising decision, long-time Ohio State commitment Sampson James decommitted from the Buckeyes. The news was rumored on Sunday afternoon and first reported by Kyle Neddenriep of The Indianapolis Star on Twitter.

James later announced on Sunday evening he was pledging to Indiana after watching those two programs in person during an official visit to the see the Buckeyes win handily over the fellow Big Ten East Division foe.

James, the country’s eighth-ranked running back in the Class of 2019, committed to Ohio State on March 19 and since that time has been solidly committed to the program. He visited Columbus over the weekend and took in Ohio State’s game against the Hoosiers — and even then, all seemed to be right between the two sides.

According to sources close to the recruitment, James informed Ohio State of his intentions to reopen his recruitment hours after leaving campus, apparently catching the coaching staff off-guard. His rational? That’s a private matter and ultimately it doesn’t matter.

What does matter is that the Buckeyes are now in a position they didn’t expect to be: Likely searching to add another running back after months of feeling secure at the position with James and Roswell, Ga. Blessed Trinity’s Steele Chambers. James had planned to enroll in January at Ohio State and had resisted continued recruitment from Penn State, Purdue and others.

The Buckeyes have a number of potential options at running back that could now emerge again as targets, including a pair of standouts at the IMG Academy in Bradenton, Fla., 5-star tailback Trey Sanders and his 4-star teammate, Noah Cain. Other names to watch moving forward include Fort Lauderdale’s Kenny McIntosh and Texas 4-star Deondrick Glass.

With the loss of James, Ohio State falls behind Penn State once more in the Big Ten rankings for 2019 and slips once again to the third spot in the conference. The ups and downs of the 2019 recruiting cycle continue for the Buckeyes, losing a key member just a little over a week after adding a huge piece in 4-star wide receiver Jameson Williams.

The Buckeyes are back to 14 commitments for 2019 and James is the second player in this cycle to decommit, joining current Clemson commit Kane Patterson, who reopened his recruitment in the midst of Urban Meyer’s administrative leave.

Stay tuned to Lettermen Row throughout the week as the options to replace Sampson James begin to materialize.