Ohio State football recruiting can be a wild ride full of twists and turns as recruits from all over the country maneuver their way to signing day. Lettermen Row is here to help navigate the tumultuous roads by getting to the heart of the matter with the young football players themselves. Birminology shows who the young men being recruited by Ohio State truly are — by talking to them. Today’s guest is 2020 defensive back Ryan Watts, who recently announced his decision to commit to the Buckeyes.

Ryan Watts wasn’t really looking for a reason to decommit from Oklahoma.

He committed to Lincoln Riley and the Sooners in April after taking an official visit to Norman, and he found himself in a good spot with one of the nation’s premier football programs. Oklahoma, a perennial top-5 program, had recently hired new defensive coordinator Alex Grinch away from Ohio State, and the young coordinator brought high expectations for a renewed commitment to defensive excellence with the program.

When Grinch left Ohio State, it forced Ryan Day to find a new defensive coordinator of his own as he established the foundation for his version of the program. That led Day back to an assistant coach he’d spent some time with as an assistant coach in the NFL: Jeff Hafley. 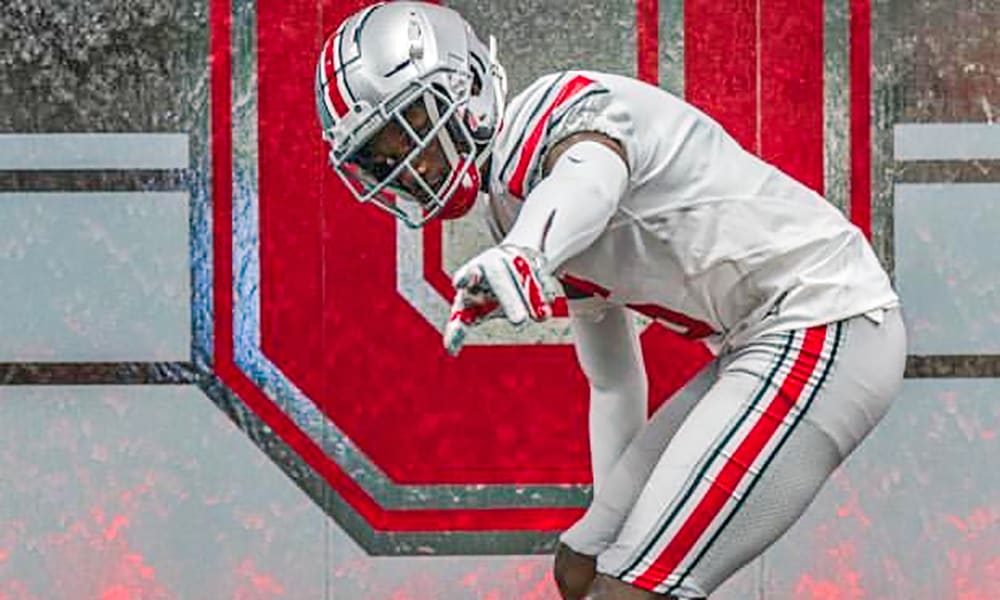 Ryan Watts committed to Ohio State following an official visit to the school in September of 2019. (Ryan Watts/Courtesy)

It took Hafley a little bit of time to get his feet settled in Columbus. But as he did, he began to identify key defensive backs around the country who would fit his style of play — and Ryan Watts, the 6-foot-3, 190-pound cornerback from Texas definitely did that.

Long, versatile and unafraid to play physical, Watts caught the attention of Hafley and Day. Despite the verbal to the Sooners and Grinch, the Ohio State duo went to work with the aim of showing the 4-star prospect why the Buckeyes would be the best fit for his present and his future.

What was it about the Buckeyes that made the difference to Ryan Watts? Which Ohio State commitment played the biggest role in convincing Watts to look in a different direction? Find out those answers and more in this week’s edition of Birminology on Lettermen Row.

Ryan Watts: Why Buckeyes commit flipped to Ohio State, how he builds bonds
Watch this video on YouTube.