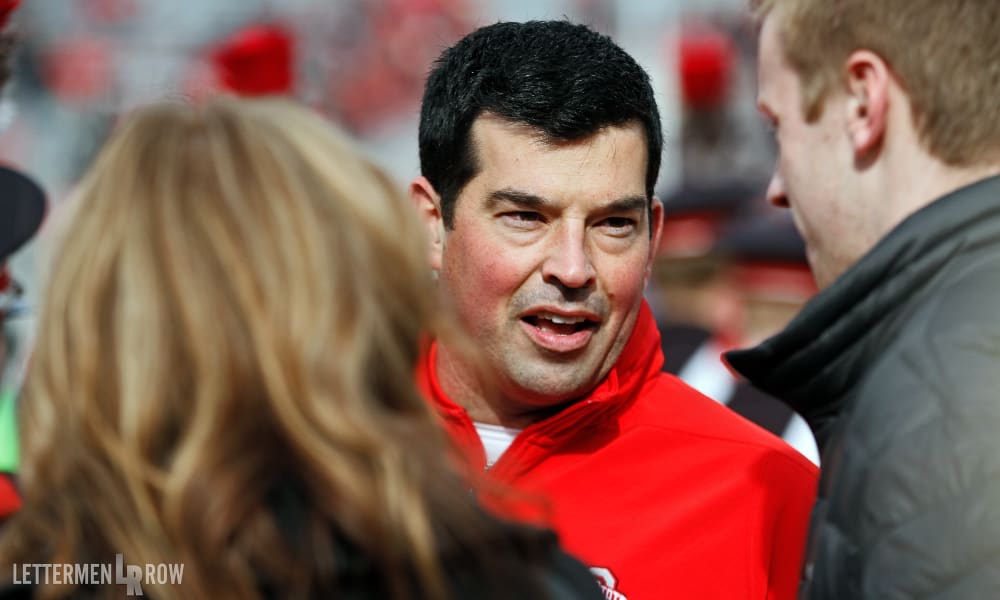 Have a question about Ohio State recruiting? This is the place for you, five days a week. Submit your questions on Twitter or on the Lettermen Row forums. Check in daily to see what’s on the mind of Buckeyes fans all over the country. Today’s question is about what makes Ryan Day a top-tier recruiter for Ohio State.

What would you rate Ryan Day as, as a recruiter?

This is a million-dollar question for Ohio State, no doubt. And if the first week-plus of Ryan Day’s tenure hasn’t shown that he’s more than capable, there’s not much more he could have done.

Day, to this point, has done what most people would’ve thought impossible. Named Ohio State’s coach with just over two weeks to the early signing period, Day has added one commitment to the 2019 class with the pledge from Tommy Eichenberg and has kept every other player in the fold.

Yes, there are a few things left to do for Day and Ohio State, including locking up Doug Nester, Steele Chambers and Jordan Battle. But for the most part, Day has shown that he’s got the goods. The truth is that time since he arrived at Ohio State, Day has been a superstar for the coaching staff.

He was the guy that found and recruited Matthew Baldwin when the world was worried that the departure of Emory Jones would leave the Buckeyes without a quarterback in the last cycle. Now Baldwin is on the cusp of being the Ohio State starter. He’s the guy that went to California looking for a quarterback and located a wiry receiver named Chris Olave who has quickly become a legend in Columbus.

“I never really knew about Ohio State,” Olave said Wednesday. “I never thought they were serious about me.

“Coach Day was honest with me throughout the whole thing. He told me the truth. He told me why I was offered and everything. He just told me the truth through everything. That’s what I love about him. He never really pressured me into anything, never really told me any false info. Coaches would tell me to visit their schools and all that, he’d tell me to visit other schools to make sure I made the best decision for myself. He never really forced me to come here.”

Garrett Wilson has been clear: The 5-star receiver committed to Ohio State and stayed committed because of Day.

“Unless Day got the job,” Wilson told Lettermen Row in August. “I’d probably look at some more schools.”

In early September, I wrote that no Ohio State staff member was more important to recruiting stability during Meyer’s leave of absence than Mark Pantoni, his longtime director of player personnel. Days later when I saw Pantoni at the Horseshoe when the Buckeyes were preparing for Rutgers, he quickly corrected me: “You should’ve picked Ryan Day.”

He was probably right, and he’d know, of course. Day calmed the rockiest of waters once, and in the last two weeks he’s shown the capability to do it again. Kristina Miller, the mother of 5-star center commit Harry Miller, may have said it best about Day.

Did everyone hear my bff @ryandaytime just became Head Coach of @OhioStateFB?! 🤣 Wow! He is going to be extraordinary! Elite Coach, even better person. On the shoulders of giants, on his own way 2 greatness. Congrats my friend, Nina & kids too! See U 2morrow 😘#LegendInTheMaking pic.twitter.com/OZ2zxiVObE

Throwing my own opinion aside, it’s clear that his peers, the recruits and the parents that know him think Ryan Day is the right man for the job at Ohio State.