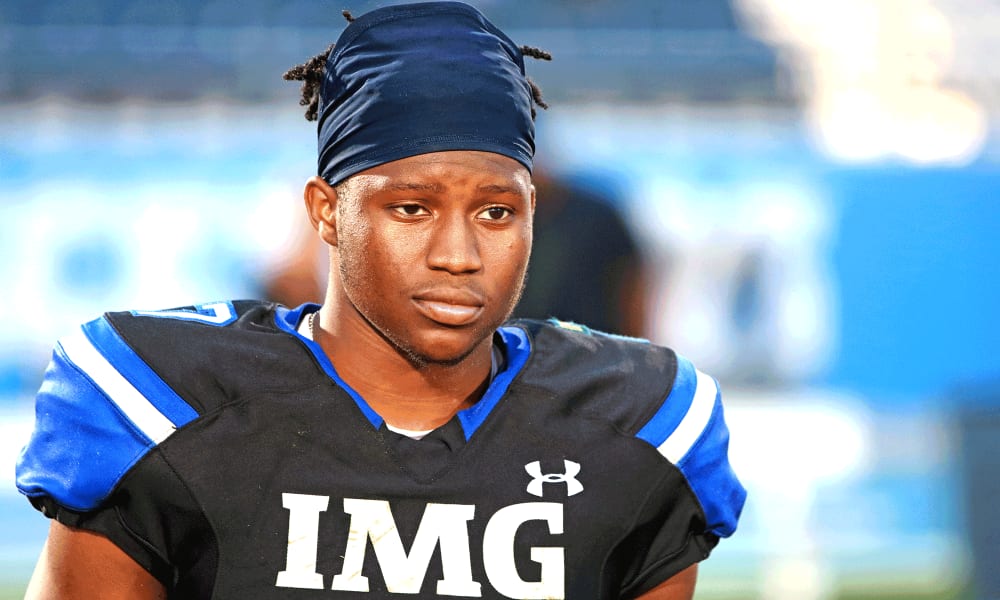 Ohio State wasted no time in reaching out to Noah Cain when they learned of Sunday's decommitment. (Jeff Sentell/Courtesy)

Stay in touch or be left out because Ohio State recruiting is a 24-hour, seven-day-per-week obsession. What’s the latest news as the Buckeyes build for the future? Get that and more Sunday through Thursday on Lettermen Row, including tonight’s update on 4-star running back Noah Cain and a pair of in-state 2020 stars that visited Ohio State recently.

After Sunday’s decommitment from Sampson James, the Buckeyes are kind of back to square one when it comes to running back recruiting in 2019

Fortunately for Ohio State, that isn’t really a bad thing. In fact, it allows them to circle back to a player the Buckeyes have gotten to know quite well in the last few years: IMG Academy’s Noah Cain.

Even before James flipped to Indiana, Cain and the Buckeyes have remained in steady communication. We mentioned that here on Lettermen Row back in June.

“I’m still good with them,” Cain said then. “They kept me aware of everything.”

On Sunday, they made sure he was aware of every new thing, too.

Cain has remained transparent as well. He’s long intended to take an official visit to Ohio State, which he’ll do on Nov. 24. And he’s never lost interest in the Buckeyes.

“There’s always been a legitimate chance I go to Ohio State,” he said Sunday. “It was always just: Did it make sense for me to go?”

It certainly seems to make more sense now. The Buckeyes will have some work to do, though. Cain hasn’t started his official visit tour yet, but he will this weekend when he travels to Auburn. Penn State, LSU, Texas and Ohio State will round out those trips, but specific dates aren’t really known yet.

Two of Ohio’s top uncommitted prospects regardless of class were at Ohio Stadium on Saturday checking out the Buckeyes.

Cincinnati Princeton’s Darrion Henry and Jaheim Thomas, were pleased with the time they spent in Columbus.

“The best part of the day was probably talking with Coach Meyer and [linebackers coach Billy] Davis and watching the game,” said Thomas, a 4-star linebacker ranked as the country’s 246th-best prospect in 2020. “I was really watching how the linebackers get off the ball, how they cover, checking out their pass rush moves.”

Thomas does not yet have an Ohio State offer, but he feels confident that one will come his way at some point.

“We speak every week,” he said. “They didn’t say anything really about an offer this weekend, but I think I will get that offer after the season, to be honest.”

Thomas is a big-time prospect in his own right, but it’s the 6-foot-5, 280-pound Henry that has become a major priority for Ohio State in recent months.

How do you know? When visiting an Ohio State game, whatever player Paris Johnson is near is the important one. He escorted Henry and Thomas around for most of the pregame session on the Ohio Stadium turf. He and Henry talk regularly about recruiting and Ohio State, and that’s just one more reason the program should feel really good about where its stands in his recruitment at the moment. 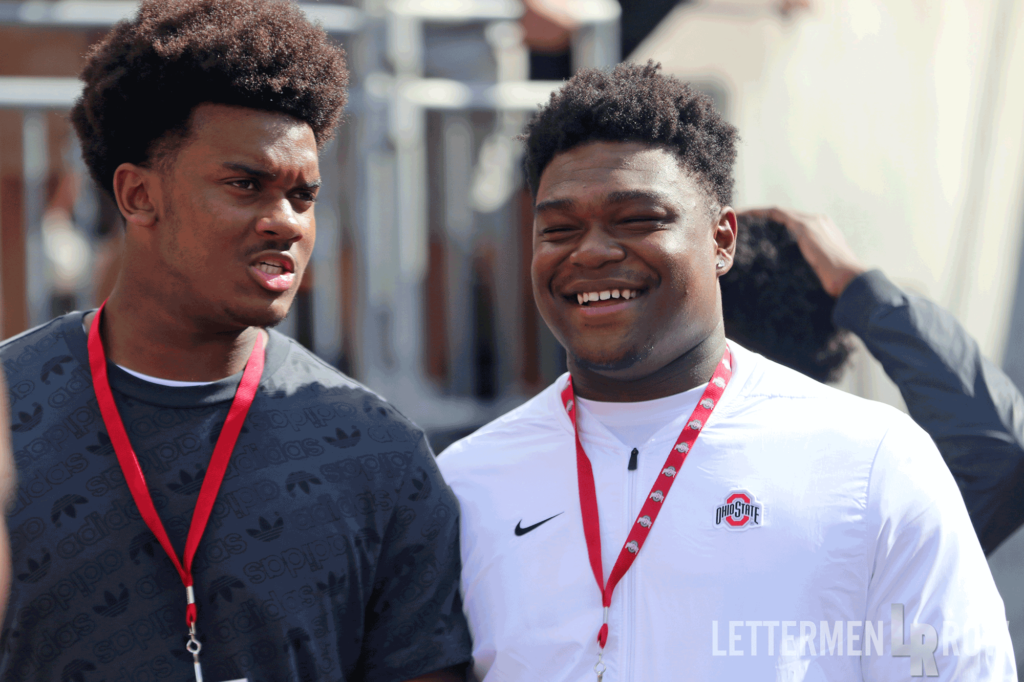 “It’s been good vibes all around at Ohio State, with all the coaches,” Henry told Lettermen Row. “They have shown love since day one. I’ve been up there a lot, so I know most of the staff and players. This visit wasn’t any different, really. It was a great visit.”

It may not be different, but it is comfortable, clearly. Henry seemed at home — almost the way an Ohio State commitment would.

To be clear, Henry is not committed and has no plan to make a college choice at this time.

“I am not really sure when I am going to make the decision,” he said.

The Cincinnati Princeton pair are likely headed to Ann Arbor to see Michigan and Wisconsin this weekend. Both expect to return to Ohio State on Nov. 24 for the home game against the Wolverines.

Ohio has always been a major producer of football talent, but the state’s neighbors to north and south have become more prolific in talent development in recent years as well. Everyone knows about Michigan’s recent uptick in high Division I talent, but Kentucky has also become a legitimate talent-producer as well.

Landen Bartleson, a 6-foot-1, 182-pound running back at Boyle County (Danville), could be the next big name to know. He’s only a 3-star prospect right now, but the talented athlete has an Ohio State offer already and made his way to Columbus for a game-day visit last Saturday.

What’s interesting to note here is that Alex Grinch is involved in his recruitment, and that likely signifies that Ohio State views his college future at defensive back.