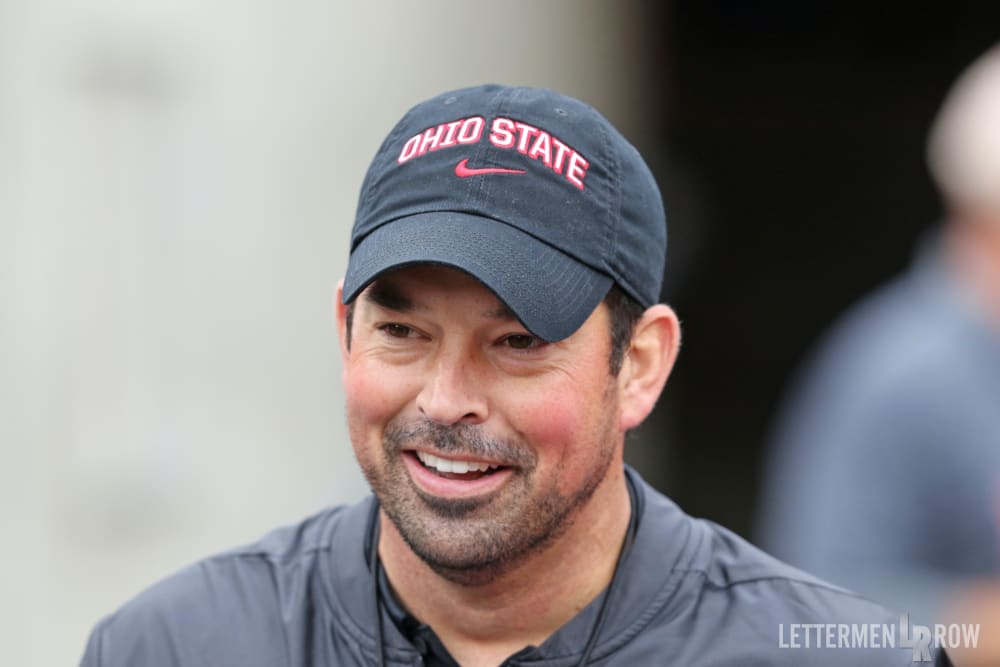 Ohio State is currently in the unenviable position of waiting out Doug Nester’s official visit to Penn State to find out if Nester, the first player in OSU’s Class of 2019 to commit, will in fact end up signing with the program.

And while that’s a frustrating thing to endure, here’s something to consider: The fact that there’s only one such situation is a borderline miracle and should be an extremely reassuring sign for the Ryan Day era.

When Urban Meyer announced his retirement Dec. 4, he said he did so then with recruiting in mind. The early signing period was just a couple weeks away, and this offered a way to be transparent with recruits while also giving Day a chance to save the class.

“If you sign a scholarship and the coach decides to leave after that, they’re free to go,” Meyer said. “People will say, why would you let recruiting get in the way? That’s a silly question … if you want to have a good team, you recruit. And you recruit very hard.

“So that put a little push on it. And to be honest, I didn’t want to mislead recruits. Gene [Smith] and I both felt — not felt, we knew — and that’s what made the decision now.”

Although it was unquestionably better than misleading players and causing a transfer exodus had Meyer retired weeks or months later, it also put Day in somewhat of a precarious position. Recruiting moves so fast these days that two weeks was still plenty of time for wavering recruits to find a new home. That’s especially true because anyone who wanted to look around but needed more time could have used those two weeks to make sure other schools were interested and then extended their recruitment into January and signed on National Signing Day. 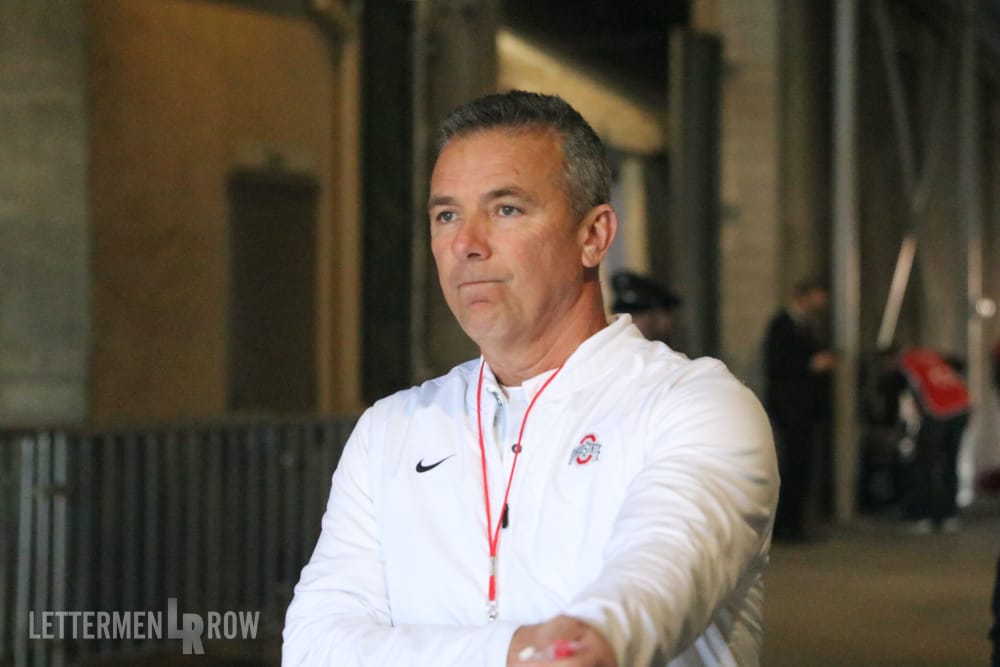 Urban Meyer started the transition at Ohio State with an eye on recruiting for Ryan Day. (Birm/Lettermen Row)

Furthermore, Day was dealing with obstacles that most other teams weren’t. He couldn’t make staff changes until after the Rose Bowl, which meant that linebackers and safeties and offensive linemen in particular had no idea if their position coach would still be there two weeks after they signed. Having the staff makeup sit in limbo is a huge obstacle in recruiting, especially when the early signing period came before any resolution. The fact that Ohio State signed as many players as it did despite some of them not knowing who their position coach would be is pretty impressive.

“It started right that first day when we hit the road after the Big Ten Championship game, and it didn’t stop until now,” Day said on the first day of the early signing period. “It’s been a whirlwind. Obviously any time something like this happens, you have to make sure you’re building relationships with the guys that you’ve recruited but also maybe some of the guys that you didn’t have your hands on, especially some guys on defense, getting to know their families, and then also reaching out to some of the guys on the team during this transition and getting to know their parents some more.

“But a ton of phone calls. I felt like I had two phones to my ear for the last two weeks, but it’s a tribute to obviously what the staff has done here and the relationships that have been built over the last few years.”

That Ohio State signed this good of a class under those circumstances would be a tremendous accomplishment in itself. But the most amazing part is that Ryan Day signed three 5-star recruits after Urban Meyer retired.

One of the most successful coaches in the history of college football retired and was replaced by someone with no head coaching experience, and elite players still came! 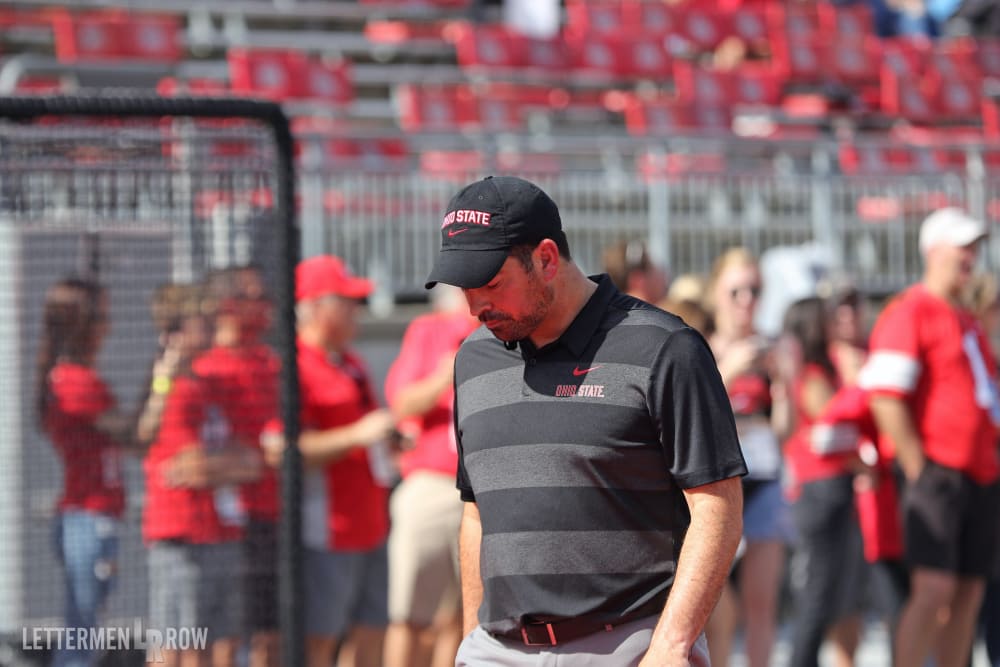 Ryan Day was able to hold together the recruiting class at Ohio State during his transition into the coaching job. (Birm/Lettermen Row)

Two players did flip to other schools, but those were likely going to happen even with Meyer at the helm. Defensive back Jordan Battle had been pondering a decommitment for months because of the possibility Meyer wouldn’t be at Ohio State for four more years, and quarterback Dwan Mathis had some academic issues that may have prevented him from enrolling early and flipped to Georgia on signing day without ever having visited. (Did I mention things move fast these days?)

How did Day minimize the losses? As he mentioned above, he relentlessly worked to save the class. But on top of that, he was already extremely well respected by recruits who’d been around the program and interacted with him.

“I talked to a couple recruits that I’m very close with and I said this might happen,” Meyer said at his retirement press conference. “I wanted to gauge their reaction. And I can’t tell names and all that, but it was over the top because of the respect they have for Ryan and the program and Ohio State.”

Whether Ohio State lands Nester remains to be seen. But the fact is that having just one such commit delay his signing because of Meyer’s departure is an enormous victory in itself.