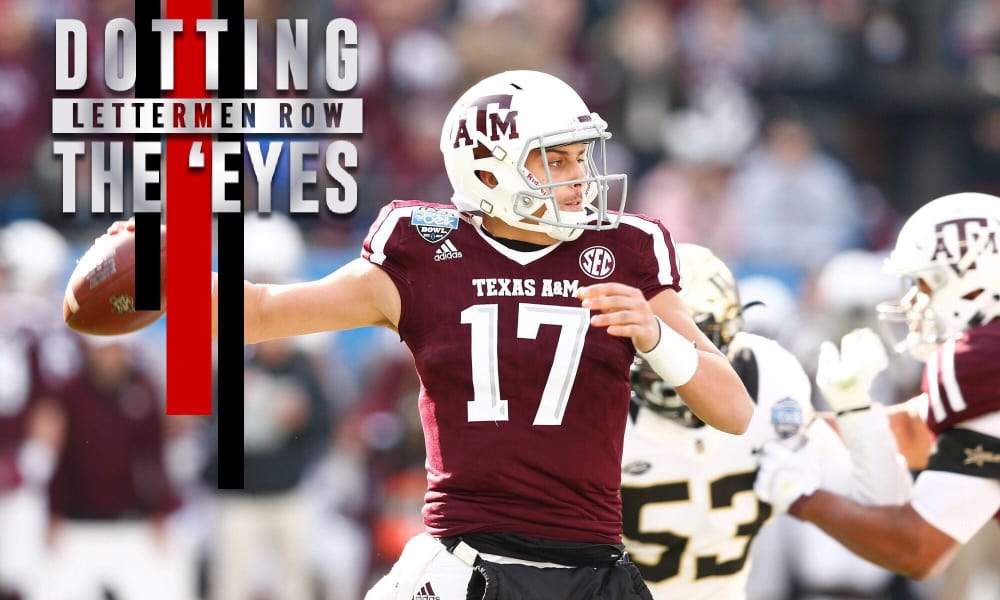 Stay in touch or be left out because Ohio State recruiting is a 24-hour, seven-day-per-week obsession. What’s the latest news as the Buckeyes build for the future? Get that and more Sunday through Thursday on Lettermen Row. Today’s discussion focuses on a potential new target in Ohio State’s quest to add quarterback depth.

A new quarterback is interested in the possibility of transferring to Ohio State, which would give the Buckeyes some much-needed depth at that position group. And, as an added bonus, there’s a Tate Martell connection! (More on that in a minute.)

According to a report from Travis Brown of the Bryan Eagle, Texas A&M quarterback Nick Starkel will be moving on to a new program. Starkel was a 3-star recruit in the Class of 2016 according to the 247Sports composite rankings. Having just completed his third season (one of which was a redshirt year), he intends to pursue a graduate transfer that would make him immediately eligible for the next two seasons.

In limited playing time as a redshirt sophomore in 2018, Starkel completed 15 of 22 passes for 169 yards and one touchdown. With the job appearing to belong to Kellen Mond going forward, Starkel didn’t have much of a path forward. Still, he’d be a valuable addition to the Buckeyes both in terms of depth and experience. A three-quarterback room is a precarious situation, and adding a fourth player to that mix would add security and bolster competition.

If you’re wondering why the name sounds familiar to you … there’s a good reason why. Starkel was the quarterback Tate Martell disparaged in a direct message on Twitter back when Martell was a Texas A&M commit in the class below Starkel’s. Martell sent a message to someone referring to Starkel’s quarterback abilities as “ass.” In a now-deleted tweet, Starkel posted the exchange that had been sent to him when Martell announced he was decommitting from Texas A&M. 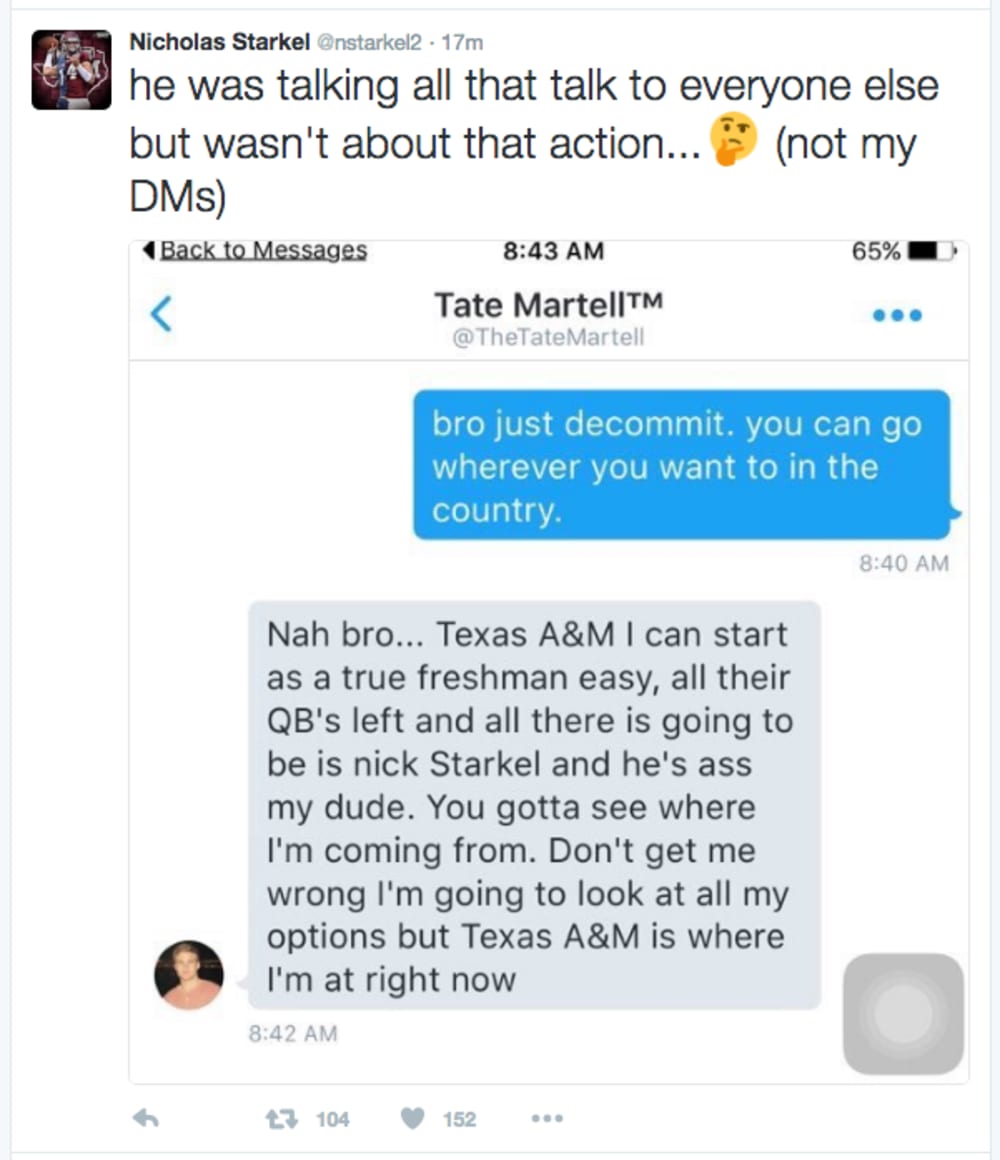 Now there’s a chance that Starkel will fill a slot opened by Martell, who transferred from Ohio State to Miami (Fla.) when the Buckeyes signed Georgia transfer Justin Fields. Recruiting!

Ohio State coach Ryan Day was in the Pacific Northwest on Tuesday to visit Ferndale (Wa.) High School offensive guard Geirean Hatchett, a 4-star prospect in the Class of 2020.

Hatchett has taken two unofficial visits to Ohio State in the last six months, and the Buckeyes are one of his top suitors. He would be a welcome addition to a program that desperately needs offensive line depth and could take five or six offensive linemen in the next recruiting cycle.

“Coach Day told [my coaches] that they are serious about recruiting me and that they think I’m the right fit for the type of offensive lineman they are trying to get,” Hatchett told Lettermen Row.

“They are still recruiting me and reiterated that they want me there,” Hatchell said. “That’s always good to hear.”

Hatchett added that he’s considering using his official visits during the spring visit period and would like to make a decision before his senior season if everything works out.

It’s never too early to get involved with out-of-state prospects, and Ohio State extended an offer to Class of 2021 athlete Tysheem Johnson on Tuesday night.

One Of My Dream Schools, Its extremely an honor to receive a Offer from THE Ohio State University!⭐️ #GoBuckeyes pic.twitter.com/7kmK7AM4A1

The Class of 2021 does not yet have rankings on the 247Sports composite rankings, but Johnson, who plays for Philadelphia Neumann Goretti, is already being heavily recruited. He has offers from Baylor, Michigan, Penn State, Rutgers, Syracuse, Tennessee, Virginia Tech and Wisconsin.

Ohio State commit Paris Johnson still has another year of high school football left, but he’s already racking up honors. The 5-star offensive tackle from Cincinnati St. Xavier was named a MaxPreps All-American and received his certificate for the accomplishment on Wednesday.

Will Ohio State basketball have its first McDonald’s All-American since D’Angelo Russell in 2014? The Buckeyes will find out soon enough. All three signees — D.J. Carton, Alonzo Gaffney and E.J. Liddell — are nominated for the prestigious honor.

The selections for the 2019 McDonald’s All-American Game will be revealed on Thursday, Jan. 24 at 3 p.m. ET on ESPN’s The Jump and at 6 p.m. ET on SportsCenter. Additionally, the official Twitter account for the game will also be releasing information.