Connect with us
Mitchell Melton has ties to Ohio State but is trying to put his fandom aside on the recruiting trail. (Mitchell Melton/Courtesy)

Ohio State football recruiting can be a wild ride full of twists and turns as recruits from all over the country maneuver their way to signing day. Lettermen Row is here to help you navigate the tumultuous roads by getting to the heart of the matter with the young football players themselves. Birminology shows who the young men being recruited by Ohio State truly are — by talking to them. Today’s guest: Top Buckeyes 2020 linebacker target Mitchell Melton.

The country’s 51st-ranked linebacker isn’t officially cutting down his top schools. But when looking at the schools considering him and the ones still being considered by him, his national ranking at this point is probably a little insulting.

But with a group of schools that includes Ohio State, Michigan and Notre Dame among his more than 20 offers, Good Counsel (Olney, Md.) linebacker Mitchell Melton isn’t stressing about where his name falls on a recruiting website. 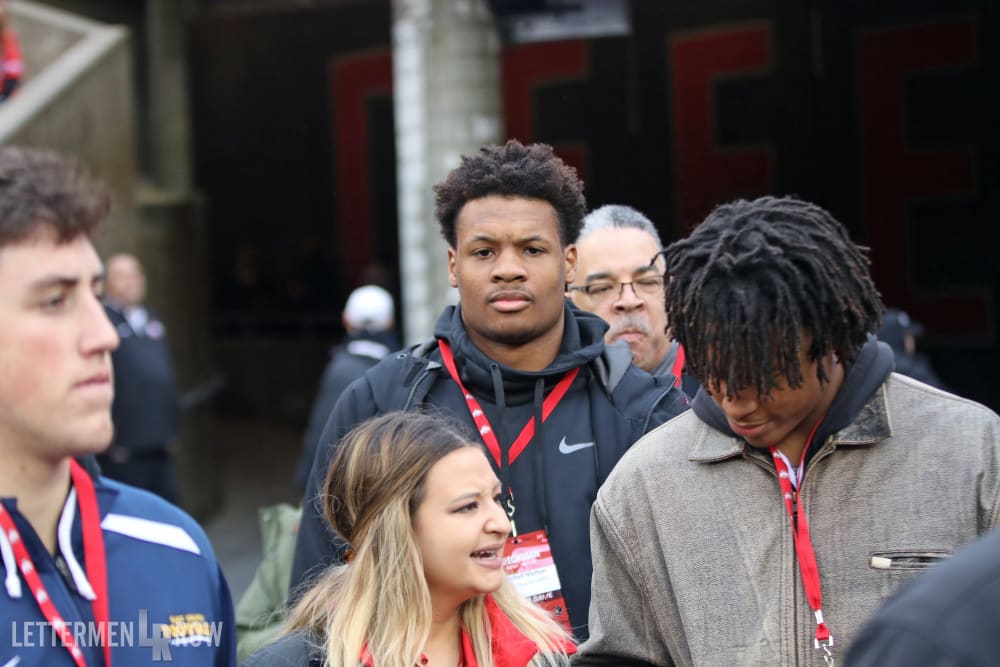 Mitchell Melton has been lost in the crowd of Buckeyes recruiting but has been — and remains – -a top target for Ohio State. (Birm/Lettermen Row)

Melton grew up rooting for the Buckeyes because his family has Ohio roots, but he’s trying to avoid letting his fandom get in the way of his college choice while growing a relationship with Ryan Day and Al Washington.

“The last time we visited we met Ryan Day — not much has changed [since Urban Meyer retired],” he told Lettermen Row in March. “It’s still very intense at Ohio State.”

And Melton’s recruitment is still very intense. He’s a top target for the Buckeyes, Wolverines and the Fighting Irish, his recruiting ranking be damned.

What happens now for Mitchell Melton? How has his family full of Buckeyes fans adjusted to the idea of him attending a place like Michigan or Notre Dame? Find out the answer to those questions and more in the latest episode of Birminology on Lettermen Row.

Continue Reading
You may also like...
Related Topics:Featured, mitchell melton