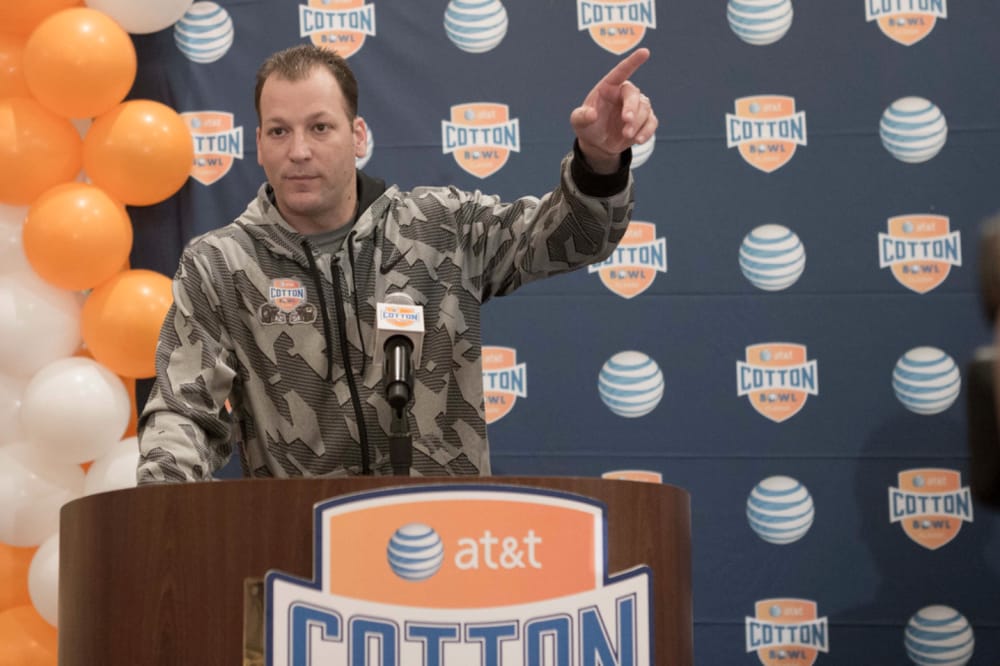 Mike Yurcich will recruit quarterbacks for Ohio State, but how else does he factor into the plans? (Oklahoma State/Courtesy)

Have a question about Ohio State recruiting? This is the place for you, five days a week. Submit your questions on Twitter or on the Lettermen Row forums. Check in daily to see what’s on the mind of Buckeyes fans all over the country. Today’s question is about the Buckeyes newest staff member, passing game coordinator and quarterbacks coach Mike Yurcich.

What are we getting in Yurcich as a recruiter? (assuming, of course. that he’s actually coming)

At nearly every opportunity he had in the month of December to talk to the media, Ryan Day made one thing perfectly clear: His Ohio State assistant coaches will need to be highly productive recruiters.

“This is Ohio State, and we want to recruit the best players in the country,” Day said on the first day of the early signing period. “In terms of putting your staff together, the No. 1 thing that we have to do as a staff is recruit. That’s by far and above the No. 1 thing as an assistant coach that you need to get done is recruit.

“And the second thing we talk about is power the unit, which is getting your guys to play hard, making sure that your unit is accountable to everybody in the room. And then the last thing is we start talking about scheme and what you’re going to put running on the field.”

With so much focus on recruiting, it’s not surprising that people want to know how Day’s first hire — former Oklahoma State offensive coordinator Mike Yurcich — will fare in Columbus.

Yurcich certainly checks a lot of the boxes that Day and Ohio State looking for. He’s young at 43 years old. He has major Ohio ties as a native of Euclid. And he’s accomplished, with the Cowboys having finished inside the top 10 in the Football Outsiders S&P+ ratings for offensive efficiency in each of the last three seasons.

But recruiting is how you make the donuts, and Yurcich will be paid a lot of dough to follow in the highly-successful recruiting footsteps of Tom Herman, Tim Beck and Ryan Day as the Buckeyes quarterbacks coach.

Recruiting at Ohio State can be pretty easy, as long as the effort is there. Herman, Beck and Day were all very important in the recruiting efforts in Texas, and it stands to reason that Yurcich could slide into that role as well thanks to his familiarity at Oklahoma State. Beyond that, he’ll need to locate and develop quarterbacks from all over the country. It’s a unique position to recruit, because a program is primarily focused on two or three guys for the entire recruiting cycle. Yurcich will not need to recruit a 2020 quarterback, since Jack Miller is already committed and the new coach reached out to Miller first thing on Thursday morning.

“I like him a lot,” Miller told Lettermen Row. “He recruited me when he was at Oklahoma State and was a big reason why I liked them so much. He said he was really excited to coach me and build our relationship.”

Continuing to build that bond with Miller and beginning to work with Day to identify the best 2021 prospect they can find at the position will be Yurcich’s first tasks on the recruiting trail. That may have also already started because Yurcich also reached out to 2021 quarterback J.J. McCarthy from La Grange Park (Ill.) Nazareth Academy on his first morning of the job.

In his career, according to the 247Sports.com tracker, Yurcich has led the way on a number of star prospects that chose the Cowboys, so he’s shown the ability to connect with kids and their families. He was the lead recruiting the efforts to land 4-star tight end Grayson Boomer, who signed with Oklahoma State and also landed current Pittsburgh Steeler’s quarterback Mason Rudolph out of South Carolina.

Ohio State is a whole different beast though, and it won’t take long for Yurcich to find that out. Mark Pantoni and his recruiting machine are incredibly well-organized and efficient and it’s not an easy adjustment to make for coaches used to a more laidback approach to recruiting.

But it won’t take long to learn how the newest assistant coach fits in with the Buckeyes.

Continue Reading
You may also like...
Related Topics:Featured, Mike Yurcich