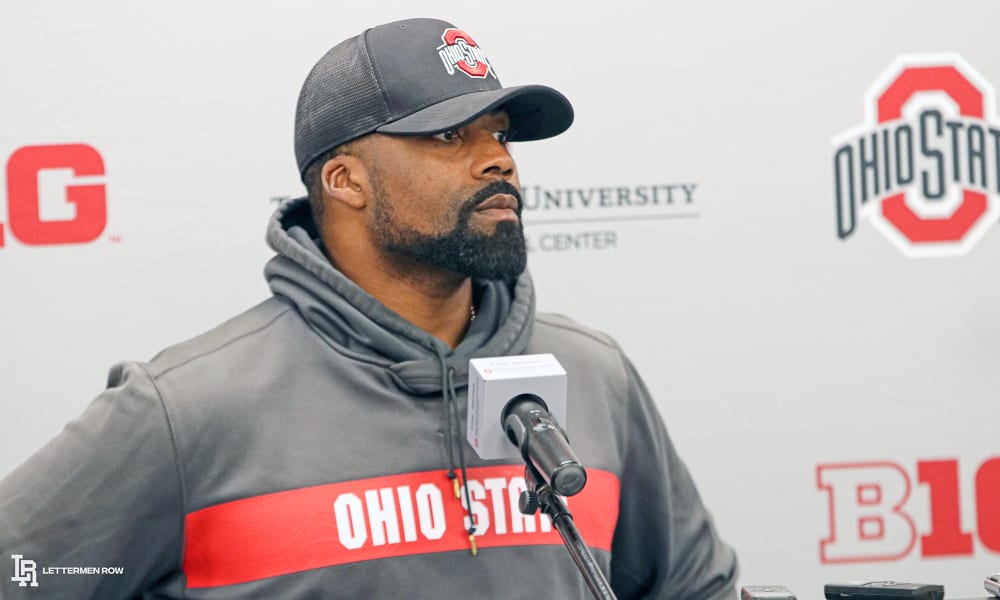 Have a question about Ohio State recruiting? This is the place for you, five days a week. Submit your questions on Twitter or on the Lettermen Row forums. Check-in daily to see what’s on the mind of Buckeyes fans all over the country. Today’s question is about linebacker recruiting and whether or not the Buckeyes should expand their options in 2021.

With there being about 84 upper classmen at LB right now you would think the staff would want more than 2 LBs for 2021. Does the current recruiting strategy say more about the scheme changes or how good they feel about last year’s LB haul?

The Ohio State linebacker group is deep, talented and, yes, quite veteran as well.

But if the Buckeyes roster is examined, its easy to see why Al Washington, Ryan Day and the recruiting team in Columbus are working on bringing in a very small, select group in the 2021 signing class.

Tuf Borland and Pete Werner are both going to be three-year starters for Ohio State, which is rare, and a year ago they lined up with another three-year starter in Malik Harrison. The Buckeyes 2018 linebacker recruiting class included three top-tier prospects in Teradja Mitchell, Dallas Gant and K’Vaughan Pope, each of whom have provided glimpses of their ability in the last two seasons but haven’t yet been called on for substantial minutes.

That trio is waiting, patiently, for their time. The potential of that group is one of the reasons why 4-star prospect Cade Stover has been moved around position-wise, though fellow 4-star 2019 linebacker signee Tommy Eichenberg is still at the position along with Craig Young, who is a next-level type of athlete.

Kourt Williams enrolled early at Ohio State this winter, and Cody Simon and Mitchell Melton haven’t stepped on campus yet to complete the Class of 2020.

The depth at linebacker following this season isn’t a concern unless a handful of the guys on hand opt to transfer out of the program, and there’s no inclination yet that anyone is leaning in that direction. The brotherhood cliché is thrown around quite a bit, but it seems genuine in Washington’s linebackers room.

“If we are a team, and we do support each other, we’ve gotta put ourselves on the backburner,” Washington said earlier this month. “With that being said, I played football. Everyone wants to play. I think we have to do a good job of keeping these guys engaged.

“Fortunately, last year all these guys played, and it wasn’t like they played in the fourth quarter when the game was over. They played in some critical moments. I think that piece of it helps, but it’s a daily deal. It’s a cultural deal, and it’s a brotherhood deal.”

The next wave of Ohio State linebackers is going to be a small one. Ironton 4-star prospect Reid Carrico is already committed, and there has been no real push to recruit anyone other than 4-star Georgia standout Barrett Carter to join him until recently. There’s been an increase in conversation with Terrence Lewis, a 5-star from Florida, as Ohio State seeks potential options outside of Carter. Still, it’s likely that the 2021 class will consist of only Carrico and one other linebacaker.

But hey, it’s recruiting and college football, right? Things change all the time.