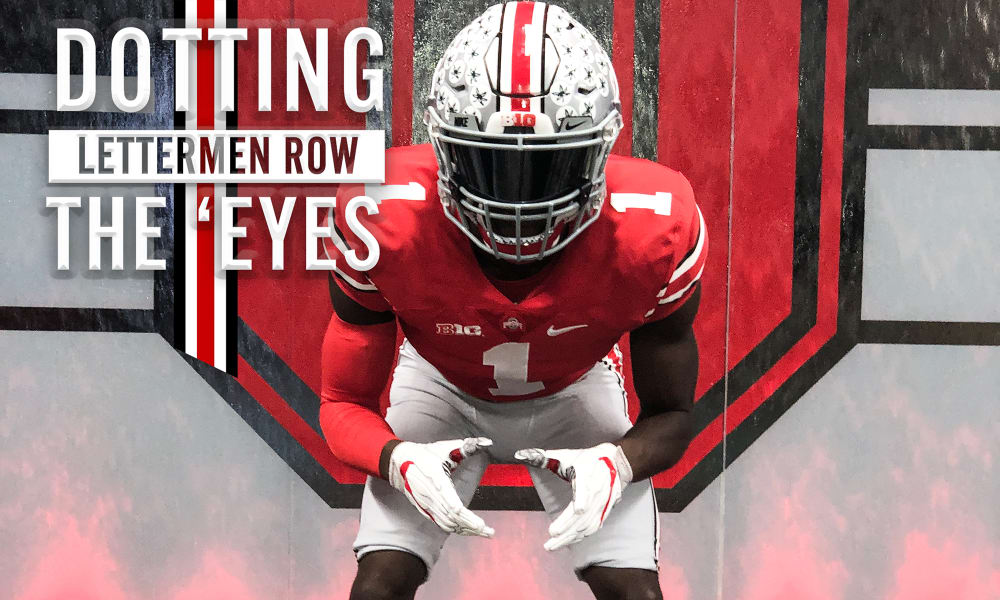 Stay in touch or be left out because Ohio State recruiting is a 24-hour, seven-day-per-week obsession. What’s the latest news as the Buckeyes build for the future? Get that and more Sunday through Thursday on Lettermen Row. Monday’s edition highlights a pair of the weekend’s official visitors and provides an update on 2021 star defensive back Tony Grimes.

“The family and I had an amazing time this weekend,” the 6-foot-5, 270-pound Cowan told Lettermen Row as he departed campus on Monday morning. “Going into the visit I had really high expectations, and Ohio State definitely exceeded them.”

Cowan had been to Columbus twice before, so the trip wasn’t about learning the campus as much as it was about getting closer to the people inside of the program.

“This was about getting a chance to hang out with the current players,” Cowan said. “That’s what stood out to me the most. That and spending one-on-one time with Coach [Ryan] Day, Larry Johnson and [co-defensive coordinator Greg] Mattison.

“My parents really enjoyed spending time with the staff and their families at the social hosted at Coach Day’s house.”

Cowan has no plans for a decision, but Ohio State has earned a spot near the top of his favorite schools. Georgia, North Carolina and Tennessee are among the top contenders for his eventual commitment.

“I definitely have a lot to think about going forward,” he said. “But next for me will be visiting other schools and getting more official visits scheduled.”

The country’s third-ranked 2021 cornerback, Virginia’s Tony Grimes, was in Columbus on Saturday and had a tremendous visit to the school — despite an incident with a deer that almost kept him from making the trip.

“We were about a half hour outside of Columbus when that happened,” Grimes told Lettermen Row. “We weren’t going to let it stop us.”

It’s a good thing for the Buckeyes that it didn’t. This first trip to Ohio State, one spent with fellow Virginia Beach native Teradja Mitchell, was a big success for Day’s program.

“It was an amazing big time,” the 6-foot, 180-pound rising-junior told Lettermen Row. “The facility was good, and it wasn’t like the other ones I’ve seen. That was amazing, out of this world. But the one thing they did have that was better than most colleges I’ve been too was the coaching staff. They were big time.”

Grimes has offers from the country’s best and biggest programs. He’s at least a year away from a college decision, but there’s no doubt that Ohio State made a big move in his mind.

“Everything there was great — but again, it’s the coaching staff,” Grimes said. “[Co-defensive coordinator Jeff] Hafley and Coach Day were just different.”

It went very well, according to Ohio State sources who cited the focus on personal development ahead of football development and made sure to note that Melton is a good personality fit with the program. The question from here is whether or not he thinks the same thing — and whether or not he wants to be a true linebacker at the next level or more of a rush end, the position that Notre Dame sees him playing.

His family ties are to Ohio, but the decision he’s making isn’t that easy. The Buckeyes did a good job with him and his family, though.

“They did a great job with their official visit,” Melton said. “It gave me a great feel for the school and how I would fit in their program.

“We have known [linebackers coach Al] Washington for a while now and the relationship was already strong, so it was very easy to meet with him and just enjoy his company.”

What happens from here is anyone’s guess. With a July 3 decision date on tap, Melton knows that his upcoming visit to Michigan will be his final stop before a college choice. He’s just working to sort out the very different choices ahead of him.

Ohio State has choices to make as well, however. There are some discussions about the number of linebackers that are needed in the 2020 recruiting class. And while Melton has been a top choice for a while now, New Jersey’s Cody Simon has quickly risen up the list and will make his official visit to Ohio State this coming weekend.

One of last weekend’s only unknown visitors was Texas 4-star safety Chris Thompson, the nation’s seventh-ranked safety prospect and 130th-ranked overall player in the Class of 2020. Thompson made an official visit with the Buckeyes and has been in regular contact with the coaching staff in Columbus for months, all while maintaining a very low profile on the recruiting trail.

“I stay lowkey because of all the nonsense and gossip that’s been going around,” Thompson, 6-foot-2 and 195-pounds, told Lettermen Row. “I just want to enjoy the process. But Ohio State has been talking to me since May of my sophomore year and they became aggressive this year.

“I’m serious with Ohio State. Coach Hafley is a defensive scheme genius and, simply, the family type atmosphere is attractive. Plus, having coaches like Coach Hafley, they could develop me into a first-round draft pick.”

The Texas✈️Columbus pipeline is different! Had a wonderful time. #GoBucks pic.twitter.com/cs5hofkddB

The Duncanville standout was hosted by freshman Ronnie Hickman, and he also spent time with a pair of Ohio State stars in the secondary, Jeffrey Okudah and Jordan Fuller.

“My host was Ronnie Hickman, but Jeff Okudah and Jordan Fuller really bragged about how great of a leader Coach Hafley is,” Thompson said. “And that’s just judging from the small amount of time they’ve spent with him. I could see they were pretty honest, and it wasn’t just lying.”

Thompson’s 247Sports.com crystal ball is 100-percent slanted in favor of Texas. But he’s giving other schools a real shot, including Ohio State. He says he’ll take an official visit to USC, and he’s already been to Texas and Auburn. He will debate taking one more before a decision is made sometime prior to the start of his senior season.

One expected 2020 official visitor for the huge upcoming weekend in Columbus won’t be making the trip after committing to Notre Dame on Sunday night.

Michael Carmody, a top target for the Buckeyes on the offensive line, picked Notre Dame and ended what had been a few weeks worth of speculation about his ultimate destination. The 6-foot-6, 280-pound lineman followed in his brother’s footsteps and chose Notre Dame over Ohio State, Texas A&M, Texas and others. He will no longer make his planned official visit to Ohio State.