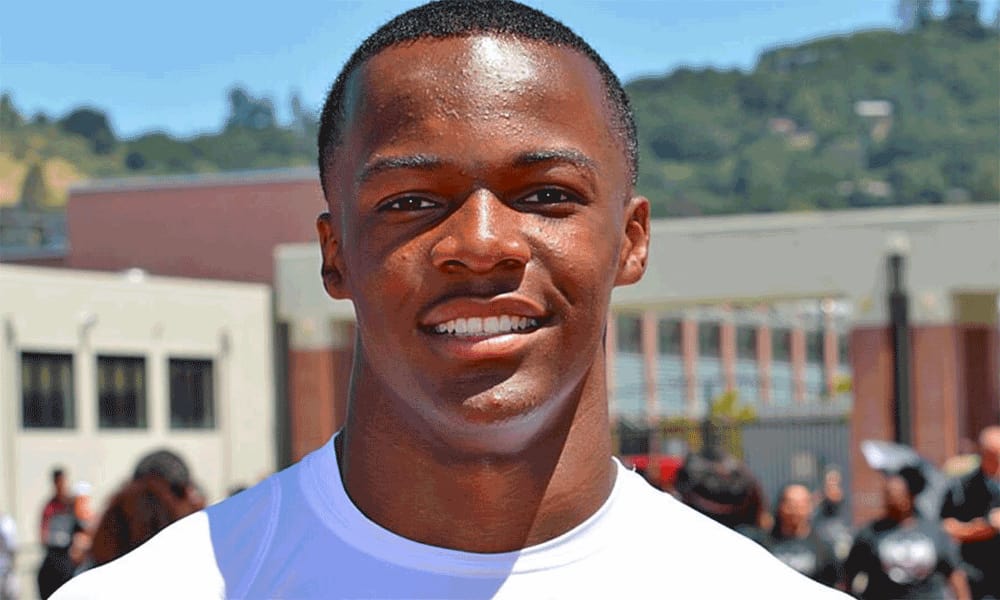 Stay in touch or be left out because Ohio State recruiting is a 24-hour, seven-day-per-week obsession. What’s the latest news as the Buckeyes build for the future? Get that and more Sunday through Thursday on Lettermen Row, including tonight’s updates on California tight end Isaiah Foskey and Illinois 4-star defensive end Rylie Mills.

The Buckeyes have a commitment from one tight end in the Class of 2019 thanks to Memphis (Tenn.) 3-star Cormontae Hamilton, but the evidence that they’re looking for another in this year’s signing group is adding up.

Brenton Strange, a 3-star prospect from Parkersburg (W.V.) still hears from Ohio State regularly. And on Wednesday night, another tight end included the Buckeyes among his final six schools.

A Man’s Gift makes room for him and brings him before great men.
Proverbs 18:16 pic.twitter.com/rgBpveFGfA

That is Concord (Calif.) De La Salle 4-star Isaiah Foskey, the country’s sixth-ranked tight end. He visited Ohio State in April and came out of that trip impressed by Urban Meyer and the focus on Real Life Wednesdays, and he said he would likely return to the school for an official visit.

To this point there’s no visit planned, but Ohio State’s inclusion on his list signifies that the intention at least remains. Of the top schools on his list, the Buckeyes, Michigan and California each have tight ends committed (Cal has two), while Notre Dame and Washington do not. The Irish signed a pair of tight ends in both 2017 and 2018 and already have two committed for 2020.

Foskey, the country’s 172nd-ranked overall player in 2019, does not have any official visits planned yet, at least publicly. He’s taken one, to Penn State, already.

A top 2020 offensive line target that visited Columbus right before Urban Meyer was placed on administrative leave got a message from the Buckeyes head man early this week.

“Coach Meyer and I texted back and forth for a little bit,” Hatchett told Lettermen Row. “[Ohio State offensive line coach Greg] Studrawa reached out as well.

“He just wanted to check in and see how the season is going and how everything else is going and to let me know that the doors are always open for me to head back out to Columbus.”

For both Hatchett and his family, there weren’t a lot of unanswered questions about the recent scandal in Columbus.

“My family didn’t really have any questions about that stuff,” the 6-foot-5, 275-pound Hatchett said. “They were just glad to see that all these awesome coaches have been reaching out.”

Another big-time 2020 talent that visited Ohio State over the summer has a date set for a return trip.

“I heard from Coach Meyer and Coach Studrawa,” Rylie Mills, the 10th-ranked strongside defensive end in America, told Lettermen Row about September’s opening weekend. “They just did a general check up and told me they want me to check out a game this season. We’ll be going to the Ohio State and Michigan game in late November.”

Though he’s a defensive end, Studrawa being the assistant coach reaching out on Ohio State’s behalf doesn’t impact the 6-foot-5, 275-pound Mills much. When he needs to talk to Larry Johnson, it’s easy enough to reach out to him directly.

“It’s not really a big deal to me, they’re both coaches there,” Mills said. “If I have questions specifically about the defensive line I can reach out to Coach Johnson.”

One person Mills has begun reaching out to and getting t0 know is Cincinnati Princeton’s Darrion Henry. The duo have gotten to know each other a bit from being on recruiting visits at the same time, including at Notre Dame this past weekend. The Irish figure to be a key player in each player’s recruitment.

Ohio State lost a middle linebacker from its 2019 recruiting class a few weeks ago when Tennessee’s Kane Patterson decommitted from the Buckeyes. If they are interested in replacing him, there could be a volunteer — from Kentucky.

“Ohio State is still one of my favorite schools,” Jared Casey, a 3-star linebacker from Louisville’s Ballard High School, told Lettermen Row. “I saw the linebacker commits there and I figured they were done with linebackers.”

That may or may not true. But what is true is that Casey, the country’s 16th-ranked inside linebacker prospect, isn’t hurrying to make a college decision. He wants schools like Ohio State to get a chance to see exactly what he can do.

“I didn’t get to camp at Ohio State this year because my schedule was so busy,” the 6-foot-3, 220-pound linebacker said. “I have about 15 offers right now I think. Several other programs wanted to see my first couple games before they offer me since I was hurt last year. I don’t really have a top five yet, I’m still waiting on some other offers.”

‘Keep in touch’: Slide into DMs, texts of elite recruits on first day of open communication
Ohio State is out for 2019 lineman Walter Rouse, so what should they do at offensive tackle?
Advertisement