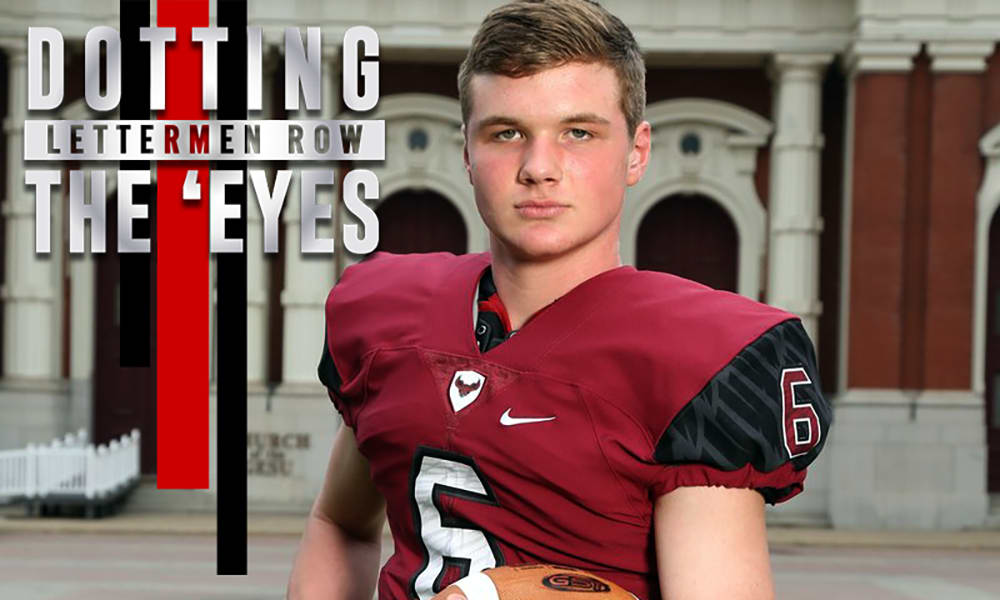 Stay in touch or be left out because Ohio State recruiting is a 24-hour, seven-day-per-week obsession. What’s the latest news as the Buckeyes build for the future? Get that and more Sunday through Thursday on Lettermen Row. Today we’re talking about a host of new Ohio State offers including a highly-ranked 2021 quarterback who is planning a visit next month.

Beyond blessed to receive an offer from The Ohio State University! #GoBucks pic.twitter.com/qBYk2jUJLt

Following a sensational sophomore year that saw McCord compete 66 percent of his passes for a school record 2,883 yards and 38 touchdowns, McCord’s recruitment has really taken off in recent weeks. He already held offers from Penn State, Michigan, North Carolina and Baylor — and early on Thursday added Virginia Tech as well.

“[Ohio State receivers coach] Brian Hartline came by today,” McCord told Lettermen Row. “It was huge [getting the offer]. Obviously, after what they did this year, winning the Big Ten and then the Rose Bowl, it’s pretty neat to have an offer from them.

“On top of that I think my game is really similar to Dwayne Haskins, too. I feel like I’d fit the system well.”

McCord is 6-foot-3, 195-pounds and currently unranked according to the 247Sports.com rankings, but he’s become a hot name on the recruiting trail.

“I’ve visited Penn State, Michigan, Georgia, Stanford, Clemson and a few others,” McCord said. “I think I’ll take a visit to Ohio State in February at some point. My dad spoke to Ryan Day on the phone, and I think I’ll have a conversation with him at some point in the next week.”

Part of Ohio State’s appeal for McCord and his father, who played quarterback at Rutgers in the late 80s, is Day.

“Top talent at [the college] level trusts in him,” he said. “They trust that he will get them ready for the next level. With all the possible options Dwayne Haskins and Justin Fields had on where they wanted to go to college, and to pick Ohio State and Coach Day? That speaks volumes to me.”

I am excited to say I have received an offer from The Ohio State University #GoBuckeyes 🔴⚪️ pic.twitter.com/YdXg1GjblB

Harrison is the son of the former star receiver for the Indianapolis Colts and is going to be one of the country’s most sought-after players in the 2021 cycle. He’s a track standout as well for St. Joe’s, and the offer from the Buckeyes sure to draw the attention of this early 5-star prospect.

According to PennLive.com, Harrison and his quarterback — McCord — have not dismissed the idea of playing football together at the next level.

“I definitely wouldn’t mind that at all,” Harrison said. “Kyle is a great player. He makes my job easier, and I think I do the same for him. We complement each other well, and I think we can be a dangerous duo at any level.”

Today is all about new offers for Ohio State, and it went to Las Vegas and offered the country’s top-ranked 2020 tight end, Darnell Washington.

A little late for this but beyond blessed to receive a offer to The University Of The Ohio State #GoBucks @DHill39 @bangulo @GregBiggins @adamgorney pic.twitter.com/CI1dWIMB3X

A 6-foot-7, 240-pound athlete at Desert Pines High School, Washington is the holder of 30 current offers. The Buckeyes are going to enter the 2020 season with likely only Jeremy Ruckert and 2019 signee Cormontae Hamilton at tight end, so the position will be a major need for Ohio State in this upcoming cycle.

Webb is the country’s 11th-ranked outside linebacker, and Lettermen Row talked with him about his interest I the Buckeyes a few months back.

“I’ve talked to Ryan Day,” Webb said. “I’m hoping I can make it up there for a game this year. I like Ohio State. They have a winning tradition.”

The 6-foot-4, 210-pound linebacker did not make it up to Columbus for a game last year, but perhaps now that he has an Ohio State offer, he will. He’s been talking to new linebackers coach Al Washington but hasn’t started to plan any trips.

“I don’t have any visits planned, but location won’t be a major factor [in his recruitment],” Webb said Wednesday. “Coach Washington is an exciting coach, though, I like him a lot.”

Webb is the 10th outside linebacker prospect offer by Ohio State in the Class of 2020.