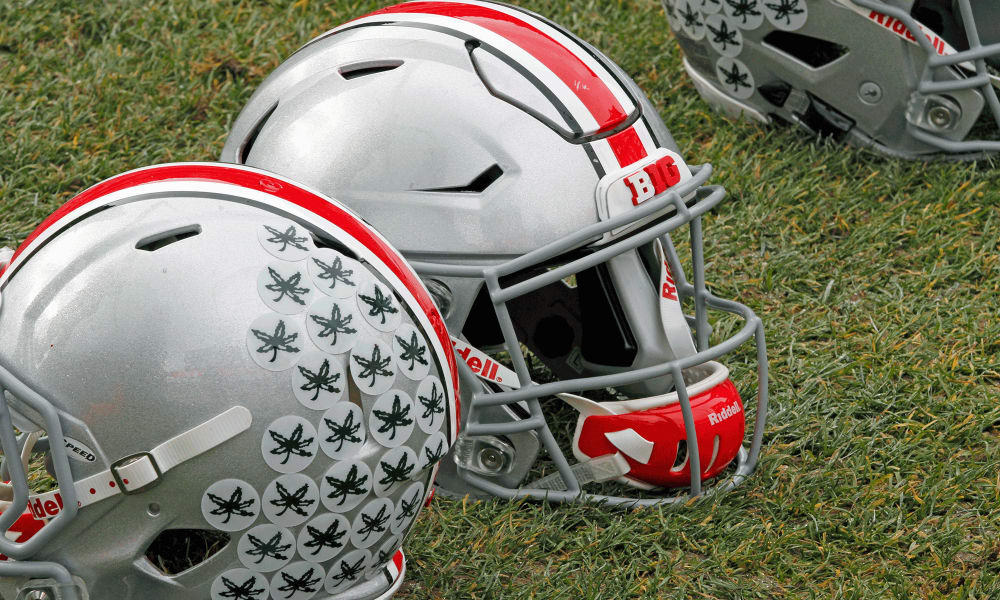 Ohio State football is right around the corner, and football game visits are back. (Birm/Lettermen Row)

There are still no answers at defensive tackle in the Class of 2019 for Ohio State. In fact, entering the first game week of 2018, there appear to be more questions than answers at the position as Larry Johnson and the rest of the Ohio State staff continue to look for the right pieces of the puzzle.

If it makes you feel any better, folks, you should know that even recruits right now aren’t sure what the Buckeyes are going to do. Hopefully you can find some solace in that.

Justin Tuitele, the father of 4-star defensive tackle Faatui Tuitele, said his family has been trying to get things sorted out with Ohio State about a potential official visit for his son. The country’s No. 3-ranked defensive tackle hasn’t heard anything from the Buckeyes since Urban Meyer was placed on administrative leave on Aug. 1.

“It’s been hard on him,” Justin Tuitele told Lettermen Row. “He knew Coach Meyer had to deal with his situation so he reached out to coach [Greg] Schiano and [Larry] Johnson for the next couple of days. They all told him that they can’t do anything until Coach Meyer comes back or the situation settles. He’s been trying to text the coaches, but with little to no response. He’s still keeping his faith in Ohio State, because he built a solid relationship with Coach Meyer.

“Hopefully things can get settle down so we can know what chances we have with Ohio State.”

Tuitele’s current 247Sports.com crystal ball is as confusing as Ohio State’s defensive line recruiting, with three different schools currently owning predictions. The elder Tuitele said there was a lot to like about Ohio State, a school the family visited in April.

“I thought Ohio State was a pretty cool place,” he said. “That was our last stop for all our unofficial visits. We’ve been to about 10 universities, and I thought everyone had something to bring to the table. For some reason Ohio State was a must for my son to take an unofficial visit. I guess him and Coach Meyer been in contact through text every day for a little over a month before we made the trip. Everyday, at the same time, they’d text each other. Me and my wife didn’t know this until coach told us on our unofficial visit.”

So, now the family waits for news about a potential official visit. They wanted to do that this coming weekend for the opener against Oregon State.

“We were planning to be up in Columbus this week,” Tuitele said. “This week would have been perfect because Tui has a bye in his schedule. That’s all we planned for last month, but since things happened we just held off.”

Ohio State will host another key Michigan WR this weekend

Lettermen Row told you last Thursday that Bay City (Mich.) Central wideout Devell Washington would be back in Columbus for his third visit in two months to Ohio State. He will not be the only big-time wide receiver from Michigan to make the trip.

Detroit Martin Luther King standout Rashawn Williams will once again visit the Buckeyes. Ohio State has become the clear-cut favorite in his recruitment to this point, and this weekend’s trip will be another opportunity for the country’s No. 23-ranked wideout to build upon his blossoming relationship with wide receivers coach Brian Hartline and the rest of the staff.

We introduced you to Norwalk (Ohio) 2020 offensive lineman Trey LeRoux back in June following a one-day camp appearance in Columbus. This weekend he’ll be heading back to Ohio State for a game-day visit with the Buckeyes.

“[Communication] has picked up quite a bit,” the 6-foot-8, 320-pound LeRoux told Lettermen Row. “There’s not been much change in their message.”

The message in  June was simple: The Buckeyes are watching, and they like what they see from Ohio’s seventh-ranked 2020 prospect. That said, there’s no offer yet.

LeRoux hopes that changes soon. He thinks that Sept. 1, the date colleges can text and communicate with him freely, could change up his recruitment quite a bit. But this weekend, he wants an Ohio State offer.

“I would love to receive an offer this weekend,” he said. “The fact that I am not afraid to put in work and they are just hoping to see that I move well and that I can stay conditioned throughout the game.”

LeRoux, who also wrestles for Norwalk, is taking that challenge head on. Will the Buckeyes come through with an offer this weekend?

Ohio State ready to take next shot at Justin Rogers?

Though it’s not this weekend, there is an Ohio State visit planned by Oak Park (Mich.) 2020 offensive guard Justin Rogers. He told Lettermen Row he’ll be heading to Columbus for the game against Rutgers on Sept. 8.

Rogers has been the subject of much debate lately because of reports of upcoming commitments, then no announcement, then random September dates being flung around. Ohio State has been a long-time favorite for the newly-minted Rivals.com 5-star, and getting him back on campus is big news for Urban Meyer’s program. And it obviously doesn’t hurt that he’ll arrive with 2020 teammate Enzo Jennings, who also has an Ohio State offer.