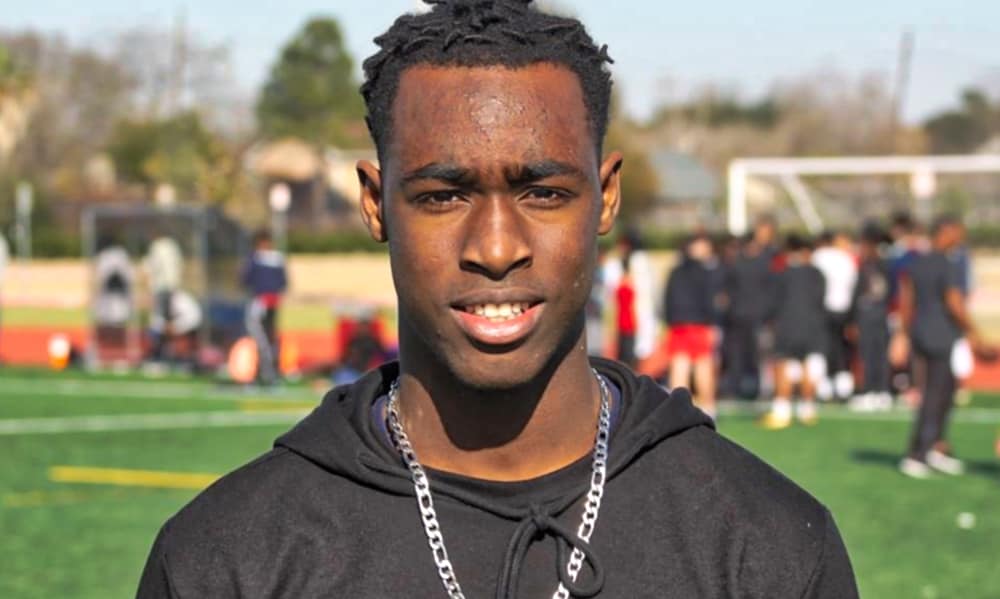 Dwight McGlothern has made a lot of noise lately and is getting a lot of Ohio State attention. (247Sports/Courtesy)

Have a question about Ohio State recruiting? This is the place for you, five days a week. Submit your questions on Twitter or on the Lettermen Row forums. Check in daily to see what’s on the mind of Buckeyes fans all over the country. Today’s question is about how the Buckeyes finish the 2019 class with question marks on the coaching staff.

Do you believe Dwight McGlothern’s interest in Ohio State is legitimate?

Do I believe Dwight McGlothern‘s interest in Ohio State is legitimate? Absolutely I do.

Of course, that doesn’t mean that the 5-star cornerback from Cedar Hill (Texas) Trinity Christian is a lock — or even leaning toward the Buckeyes. Across the vast landscape of college football, there are a few things that take a player’s recruitment to the next level, and sincere interest from Ohio State tends to be one of those things.

The recent push by McGlothern for love from the Buckeyes online is likely rooted in a sincere desire to be recruited by one of the country’s elite college football programs. It’s also likely influenced by the knowledge that the Buckeyes haven’t recruited a 2019 cornerback, and there’s at least a small chance that they’ll be looking for two new starters at the position when 2020 comes around. So, kids like the 6-foot-2, 195-pound McGlothern are perhaps seeing an opportunity to launch themselves into early playing time at one of the nation’s best football schools.

It was just about two weeks ago when McGlothern, the country’s fourth-ranked cornerback, announced on Twitter that he wanted to be recruited harder by Ohio State. Since that time, he’s heard from the Buckeyes. But with it coming at the same time that Ryan Day was capsizing his defensive coach staff, the conversation has been superficial for the most part. McGlothern has been interested in hearing more from Ohio State since last July but now it’s up to new defensive backs coaches Jeff Hafley and Matt Barnes to build on the foundation that Day and Brian Hartline have tried to lay in the last two weeks.

The first real step from here is for McGlothern to get on campus at Ohio State, which he’s not yet done. He intends on doing that this “spring or summer,” and until that happens, all the tweets in the world aren’t likely to matter.

Recruiting is all about fit, comfort and trust — for both sides.