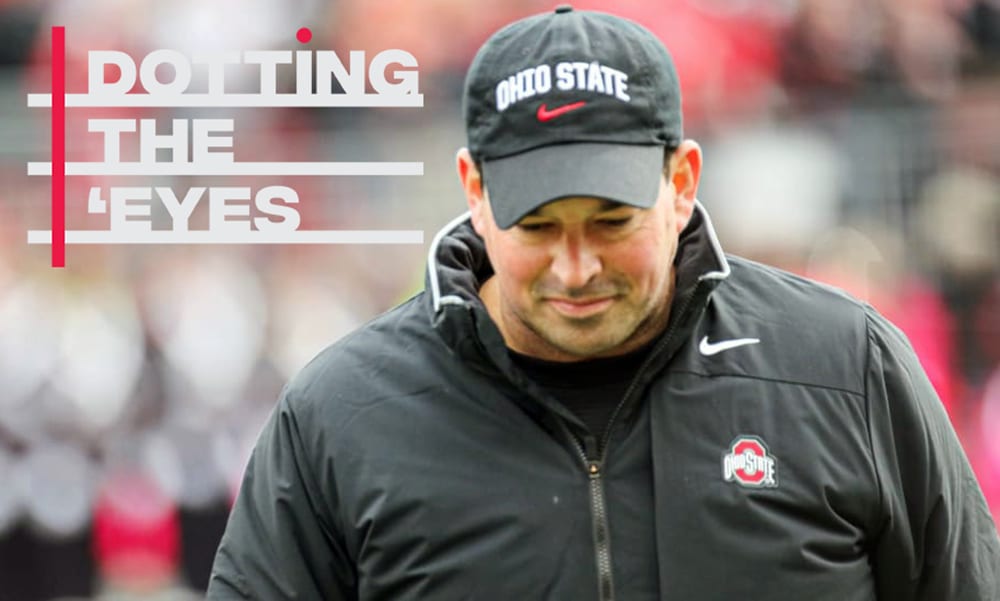 Ryan Day and Ohio State are on the mind of 2022 stars from around the country. (Birm/Lettermen Row)

Stay in touch or be left out because Ohio State recruiting is a 24-hour, seven-day-per-week obsession. What’s the latest news as the Buckeyes build for the future? Get that and more Sunday through Thursday on Lettermen Row. Tuesday’s notebook checks in on a Cincinnati prospect, catches up with a recent offer in the Class of 2022 and more.

Earlier on Tuesday, Lettermen Row highlighted a few in-state prospects who could eventually find themselves in a position to land a scholarship offer from the Buckeyes. One of those players is Devonta Smith, a 3-star cornerback prospect at Cincinnati La Salle High School. Smith is the teammate of Ohio State 2020 signee Jake Seibert and 2021 commitment Jaylen Johnson, and he had a chance for his first meeting with Kerry Coombs during a visit the new defensive coordinator made to the Queen City a little more than a week ago.

“A day or two after he was rehired he came by,” Smith, the No. 28-ranked cornerback in the country, told Lettermen Row. “He was coming by to visit me and Jaylen.”

Smith isn’t shy about his hope that he lands an offer from Ohio State, and Coombs addressed the possibility with him. It’s not coming right now, and he will likely need to prove it in a camp setting this summer. But until the two actually build a solid relationship, it’s a moot point anyway.

“He told me that he could offer me right now,” Smith said. “But he wants to build a relationship and get to know how I am. That’s understandable, and it’s a thing I like to do anyway.

“I want it to be real. Ohio State is a school I’m very interested in.”

Another young prospect with Buckeyes interest is Wilfredo Aybar, who we first talked to back in August.

Aybar is a 2022 defensive end at the Chesire (Conn.) Academy and is currently ranked as the nation’s No. 1 weakside defensive end in that class. Ohio State reached out to his coaching staff over the summer but had not offered until last week.

It’s easy to understand why a defensive end is excited by an offer from the Buckeyes, but it was actually secondary assistant Matt Barnes who offered the 6-foot-3, 220-pound sophomore.

“Ohio State has defensive lineman getting drafted every year,” Aybar said. “It is truly an honor to have earned an offer from such a prestigious school. My family and I are very excited.”

Aybar has visited Penn State twice in the last few months, and he’s hoping to find his way to Ohio in the near future as well.

“I’ve been talking about [a visit] with my coach,” Aybar said. “I’m hoping to go there in March.”

Belleville (Mich.) 4-star defensive tackle Damon Payne has been pretty quiet lately, but he did update his top-10 list on Tuesday afternoon on social media.

These are my top 10. Please Respect My Decision… pic.twitter.com/wP0oprHLvt

It is unsurprising that Ohio State is on the list for the 6-foot-3, 300-pound Payne. The Buckeyes have long been considered one of the favorites in his recruitment, and at times they have appeared to be the runaway leader for his eventual commitment. But things have seemed to slow in recent months.

Ohio State recently landed a commitment from a defensive tackle, and it will be interesting to watch where it shifts recruiting priorities at the key position from here.

After a big weekend at Georgia prior to the February recruiting dead period, rumors were swirling that the Bulldogs are waiting on a recently-issued silent commitment to turn into a public declaration. As usually happens when that kind of rumor begins to percolate, random users on random internet forums are offering up all kinds of guesses and faux-inside information in the hopes of getting it right.

One of the more popular choices being bandied about is Barrett Carter, a 4-star linebacker from Suwanne (Ga.) North Gwinnett High School who happens to be the Buckeyes top priority at linebacker in 2021. The Chicago native visited Auburn  last weekend and was at Georgia the weekend before that. And his recent visit combined with his being a priority for Georgia apparently had people feeling optimistic about his eventual decision.

Carter isn’t committed to Georgia, hasn’t committed anywhere and wanted to make sure everyone knew that when he made this proclamation on Twitter early on Tuesday morning.

just clearing this up, i am not committed anywhere. any rumors that have been going around about me silently committing are all fake.
thank you 😊

Al Washington, Kerry Coombs and Ryan Day were all in North Gwinnett last week to meet with Carter and teammate Jordan Hancock. That duo is an important pair for Ohio State, as the three-man visit indicates.

Is that a big deal Rivals reporting. lawsuits are mounting against Franklin and Pen State