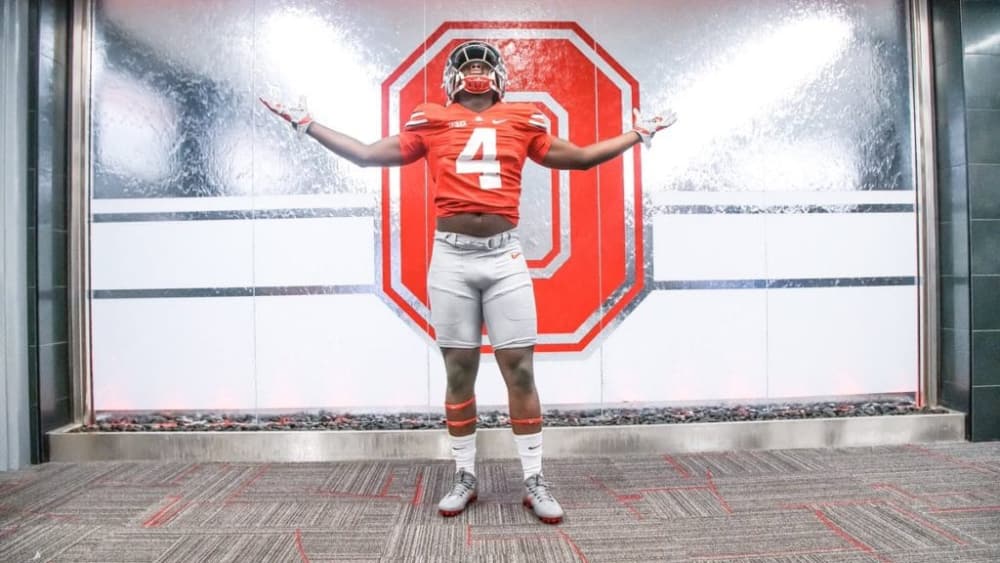 Ohio State’s 2020 class continued its march to greatness with the pickup of Scottsdale (Ariz.) Chaparral 4-star running back Darvon Hubbard on Wednesday night. Hubbard, who is originally a native of Akron, is a teammate of 4-star quarterback Jack Miller, who is also committed to the Buckeyes. He’s the No. 23 running back and No. 232 overall prospect in the Class of 2020.

“It means a lot to commit to my home team,” Hubbard told Lettermen Row on Wednesday afternoon. “This is the team I’ve been watching since I started playing football. “It’s very important to be a part of this class. I mean this can be the best recruiting class anyone has seen. It was just time to commit, to make my decision and to be a part of it.”

Not all news is good news, however — even at Ohio State. Lettermen Row recruiting czar Birm explained in Wednesday night’s Dotting the ‘Eyes why he put in a crystal ball pick of Missouri for wide receiver Marcus Washington:

Over the course of the past few weeks, even before the incidents from Zach Smith’s past became public, there was less and less confidence from sources familiar with the recruitment that Washington would leave home. There has been fairly constant smoke that family preferred Washington at Missouri, and according to those same folks close to Ohio State’s side of things, the player himself never came out and said he was 100 percent in with the Buckeyes.

Hop onboard the Austin Mack bandwagon

Count me as a big believer in Austin Mack. Though the Ohio State wide receiver room is loaded with veterans, Mack has shown the type of early growth that points to a big-time breakout in 2018. As I’ve written before, Mack’s numbers in 2017 — his second year at Ohio State — were better than the combined second-year numbers put up by Ohio State receivers Parris Campbell, Terry McLaurin, Johnnie Dixon and K.J. Hill.

It seems Lettermen Row senior writer Austin Ward is also on board, as he picked Mack as the most likely receiver to become Dwayne Haskins’ go-to guy. Austin put together a really good argument, so be sure to check it out.

One day after No. 1 overall pick Baker Mayfield signed with Cleveland, fourth overall pick Denzel Ward got his deal done with the Browns. Terms weren’t disclosed, but it’s a standard four-year deal with a team option for a fifth year. While the money hasn’t been released yet, the projected salary for that pick slot is $29.5 million total, including a $19.5 million signing bonus.

I’m going to say this again. The browns are going to make the playoffs next year! 🤷🏾‍♂️

Bout that time of the year to start flipping the field again😉 pic.twitter.com/DeqteYNabw

If we don't learn to adapt and adjust to people and things we will break under the strain of life!