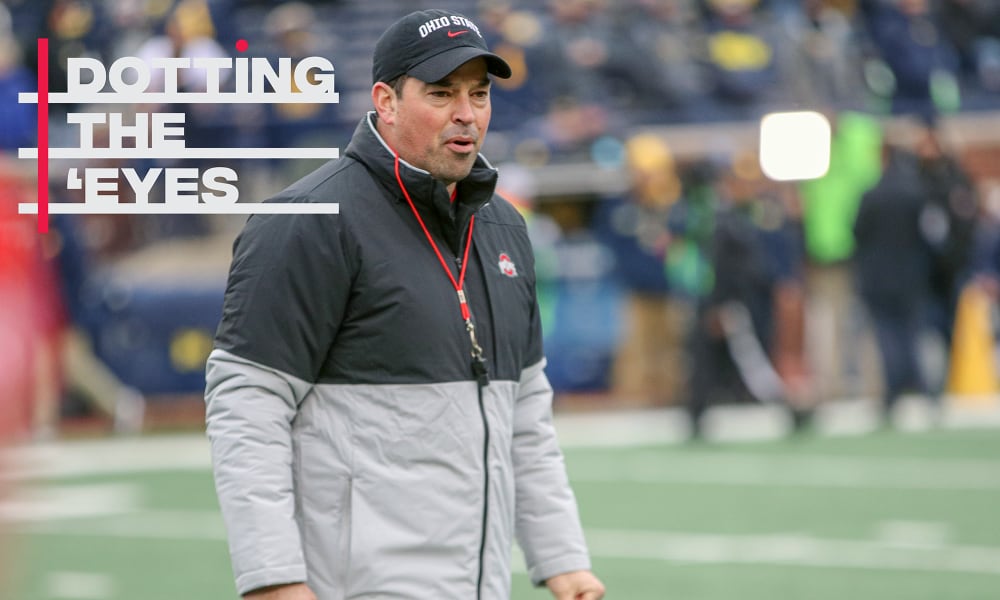 Ryan Day has a lot on his plate with the early signing period two weeks away for Ohio State. (Birm/Lettermen Row)

Stay in touch or be left out because Ohio State recruiting is a 24-hour, seven-day-per-week obsession. What’s the latest news as the Buckeyes build for the future? Get that and more Sunday through Thursday on Lettermen Row. Tuesday’s notebook focuses on the coaching carousel and whether or not it could — or would — impact Ohio State on the recruiting trail.

The Ohio State 2020 recruiting class is nearing its finish.

With 25 commitments already — 24 excluding kicker Jake Seibert, who will grayshirt and not count against Ohio State’s incoming class — there’s not a lot of work left for Ryan Day and his coaching staff. With a national championship chance in the near future, that’s a good thing for the Buckeyes. And it’s more proof that Day, now officially on the job as head coach in Columbus for a year, paid close attention to his predecessor’s methods.

“I mean, the last couple years we’ve had the same issue,” Day said. “So being a part of that, I’ve seen what the blueprint is for that.”

What he means is that with just about two weeks before the early signing period begins, the Buckeyes are able to be relatively stressfree despite knowing that their class, minus one or two potential additions, is full and secure. There are no concerns of players heading elsewhere at this point, and it should be smooth sailing to the Dec. 18-20 early signing days.

How will Buckeyes be impacted by coaching carousel?

Other schools are not so lucky as the last 48 hours or so have put on full display. Even schools that have been relatively successful in recent years like Washington are dealing with coaching changes that have the potential to seriously hamper their 2020 recruiting efforts.

There are double-digit openings around the Football Bowl Subdivision already, and more are sure to come. For the Buckeyes, the question now is whether or not they will try and poach any recruits from schools like Washington, Florida State, Ole Miss and others.

The simple answer to that: No, probably not.

The Buckeyes have 25 committed players, remember? Recruiting players who could re-emerge as options, even if they are players Ohio State viewed as targets earlier this cycle, would force attrition from the committed group. There’s just no chance of that happening in Columbus right now.

“I don’t think it changes anything,” Day said. “I think we rank our guys the best we can and we find out who want to be Buckeyes, too. That’s a huge part of this thing.

“If we have somebody maybe ranked a little higher than another person, if one of them wants to be a Buckeye, wants to play in that rivalry game, play in the Horseshoe, that matters to us. We take all those things into consideration, and we try to be as aggressive as we can on the recruiting trail.” 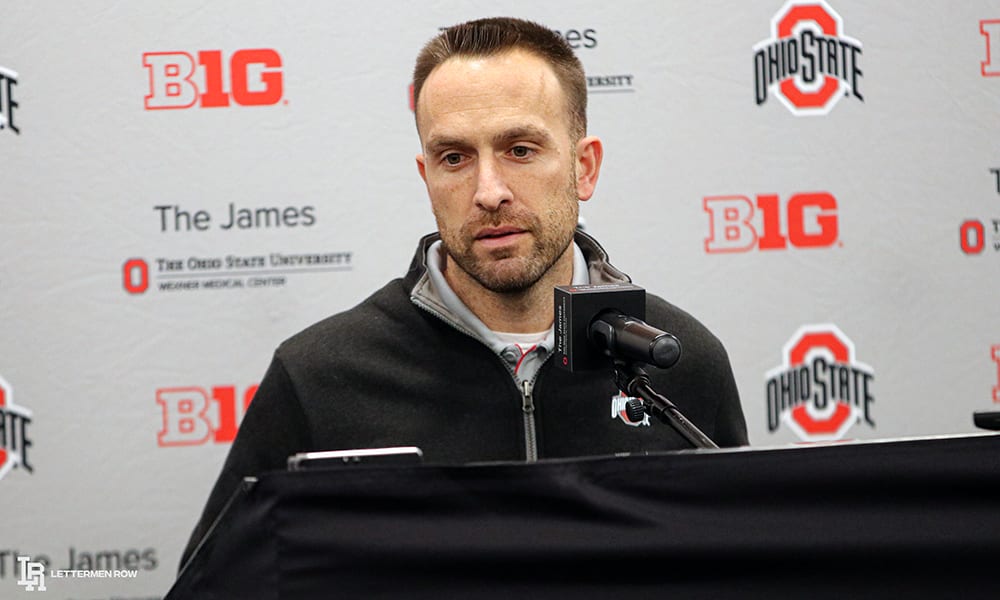 But being aggressive at the expense of the current class isn’t going to happen. So when it comes to the 2020 class and possible additions from schools experiencing a coaching change, don’t expect much movement.

As for the Buckeyes and their coaches? Day has heard the rumors and recruits have certainly asked about them, but the Ohio State coach has no expectation of anything changing within his staff right now. His tone didn’t indicate it becoming a concern a month from now either, but it’s college football and nothing can be taken for granted.

“The one thing I’d ask is to those guys that situation was to come up, make sure we finish through this finish line first,” Day said. “We made a commitment to these guys. Most people who are looking for coaches at this time would understand that, what that means.

Will Ohio State approach to filling class be different in future?

With the early signing period, the transfer portal and the rash of coaching changes that will now happen in late November and early December, does it make sense for schools like Ohio State to make sure there’s a few spots open late in the cycle from now on?

“There are times we leave spots open to see just what happens, to your point,” Day said. “But we were kind of hot this year. A lot of guys were jumping on board, and we felt great with the guys we have.”

But what about the worry that Ohio State players could transfer — or that other high-profile transfers like Justin Fields become available in January or later? Then what happens?

“[The transfer portal] changed things, for sure,” Day said. “There’s definitely wiggle room in there. You have to try to forecast the best you can. I know that’s a tough thing. It’s just the way it is nowadays.

“We certainly don’t want to see anybody leave. I think we’ve built a culture here where nobody would want to leave. But we always have to forecast.”

In recent years, the forecast has been pretty good at Ohio State. But the weather in Ohio changes pretty much every day, so keeping an umbrella in the car and an open spot or two on the roster isn’t a bad idea.