Connect with us
Ohio State is hoping to strike gold in California and land 4-star cornerback Clark Phillips. (Clark Phillips/Courtesy)

Ohio State football recruiting can be a wild ride full of twists and turns as recruits from all over the country maneuver their way to signing day. Lettermen Row is here to help you navigate the tumultuous roads by getting to the heart of the matter with the young football players themselves. Birminology shows who the young men being recruited by Ohio State truly are — by talking to them. Today’s guest: 4-star defensive back target Clark Phillips III.

A quickly-built relationship with 4-star California cornerback Clark Phillips III has Ohio State near the top of the list for the country’s fourth-ranked cornerback. It’s a relationship that didn’t get started until the Buckeyes offered the 5-foot-11, 180-pound defensive back in January, but that didn’t stop the two sides from quickly getting very comfortable with each other.

“Coach Hafley drove the process,” Phillips told Lettermen Row. “Coach [Ryan] Day flew in to make the offer. They are really down to earth and straight forward. [Co-defensive coordinator Jeff] Hafley has been great. 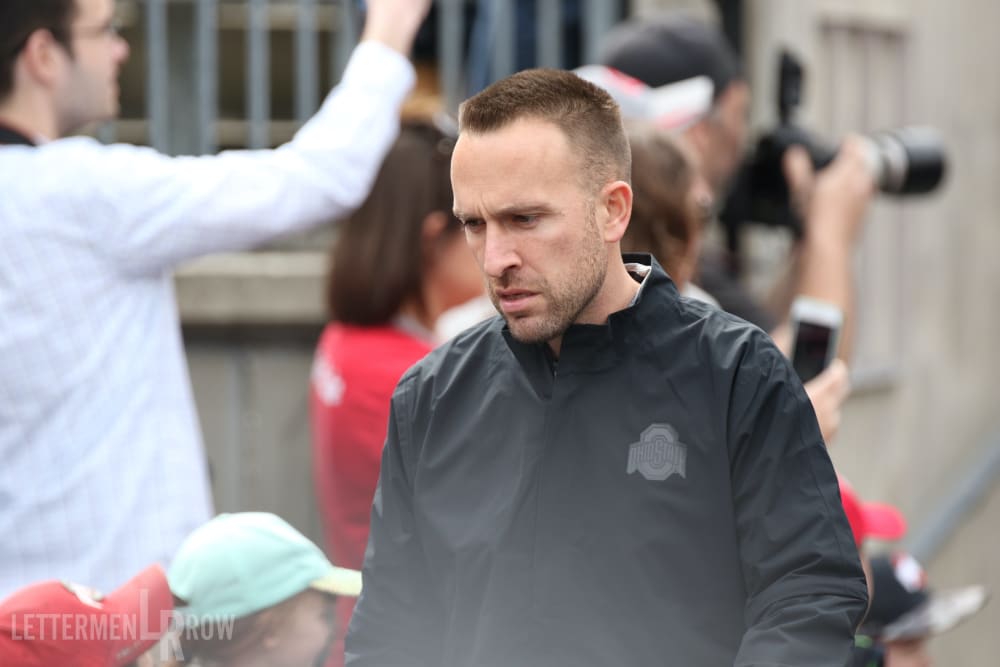 Phillips liked it so much that Ohio State’s interest shook up his entire recruitment, sight unseen.

“This shifts [my top 10] completely,” Phillips said in January. “The program and school and history with defensive backs and now Coach Hafley’s background is really interesting to me. They seem really interested in what I can bring with my skill set.”

Ohio State is certainly interested in Phillips, and vice versa. He quickly visited the school, getting to Columbus in March. And he came out of that trip raving about what the program could provide for him off the football field, an important piece of the puzzle for a young prospect who is as concerned with his life after football as he is about his life while he plays the game he loves.

“I loved that experience,” he said after that visit, speaking about Real Life Wednesdays and other post-football programs. “No other school has done that.”

So where is Clark Phillips in his recruitment now? How are the Buckeyes maintaining their relationship with him?  Find out the answer to those questions and more in the latest episode of Birminology on Lettermen Row.