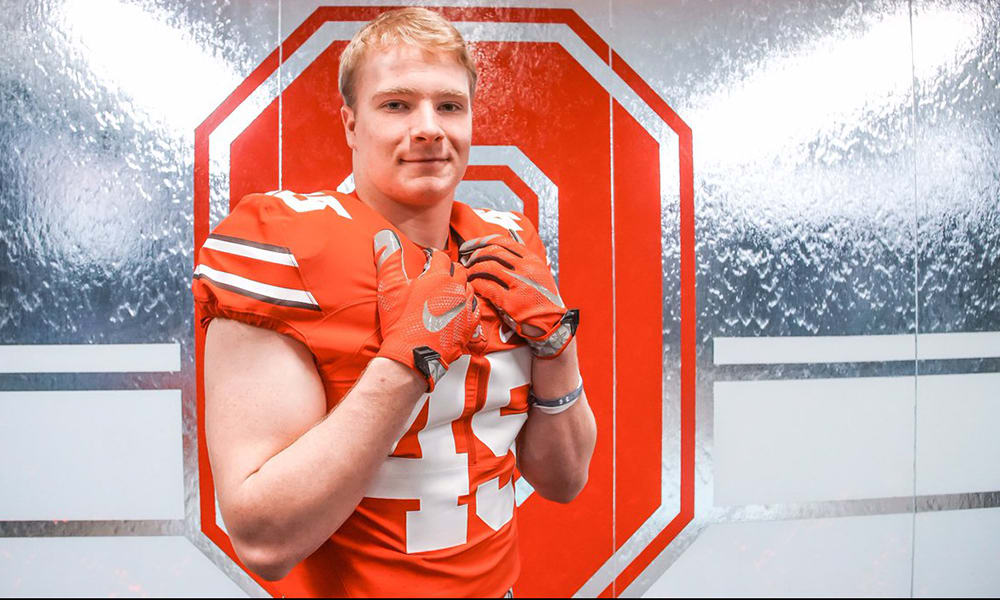 The first signing day period of 2019 is just about two months away and Ohio State has a lot of questions left in the Class of 2019. What are the biggest remaining needs for the Buckeyes?

Let’s take a look at what Urban Meyer and his assistant coaches need to accomplish before signing day if they want to secure an eighth-straight Big Ten recruiting championship.

Without even spending any time discussing 5-star defensive end Zach Harrison, Ohio State needs to lock up its borders and secure flips from three different players that were offered in the last handful of weeks.

The Buckeyes need to reel in linebacker Tommy Eichenberg, offensive lineman J.D. Duplain and defensive lineman Cavon Butler. Ohio State has been extremely judicious and conservative when it comes to offering in-state players and because of that the possibility of losing out on the ones it does offer becomes that much damaging.

Eichenberg, committed to Boston College, is moving into “must get” territory in mind. The more you watch the Buckeyes defensive struggles, the more you realize how valuable a true inside linebacker prospect is for 2019. The depth issues at offensive line and defensive tackle moving forward would get much needed help with Duplain and Butler, committed to Michigan State and Kentucky, respectively.

For Ohio State to remain atop the Big Ten and to continue as a national title threat, the Buckeyes do need more players from Ohio, kids that truly value what it means to represent their home state, and these three kids — along with Zach Harrison — are key. It’s not just about landing Ohio’s best, either, it’s about keeping Ohio’s best from matriculating to schools in neighboring states.

Win the (Jordan) Battle and secure his Ohio State commitment

Battle committed to Ohio State in June and since then has made an official visit to Oklahoma and has one scheduled to Alabama as well, with a potential trip to LSU still to be planned. Somewhere in the midst of all that, he’s going to return to Columbus for an unofficial visit with the Buckeyes and, in doing so, will give Urban Meyer and Ohio State a chance to shut down his recruitment.

Ohio State is in a precarious situation with its defensive backfield as rumors that both Kendall Sheffield and Damon Arnette could explore the NFL waters following the 2018 season. Losing Battle, a player that had long been considered a “lock” to the Buckeyes would add insult to injury.

Beyond that? He’s really freaking good.

Get a running back to commit to Ohio State

After beating Indiana on Oct. 6, Ohio State somehow — and for a still very hard to understand reason — lost a running back commitment to the Hoosiers.

Now, as November rolls around, the Buckeyes need to find a player to replace Avon, Ind. 4-star tailback Sampson James and it appears they’ve narrowed in a pair of top targets at the position do just that. To make November a success, and ultimately have the 2019 class be a sucess, Ohio State will need to land one of them.

The primary contender right now is, in my opinion, Jacksonville (Fla.) Trinity Christian’s Marcus Crowley, a 3-star tailback committed to the University of Miami. Crowley is a former teammate of current Ohio State defensive backs Shaun Wade and Tyreke Johnson, giving the Buckeyes a little bit of a relationship edge as the talented Crowley prepares for his Nov. 3 official visit to Columbus.

If he opts to stick with the ‘Canes, it’s likely all in for Ohio State on IMG Academy 4-star running back Noah Cain. Cain visited Ohio State at least four times during the 2017 calendar year but, as the Buckeyes had two running backs committed for most of the last year, had fallen out a bit in his relationship with Meyer’s staff. Still, he’s maintained a working knowledge of the Buckeyes situation and has stayed in contact with running backs coach Tony Alford. Cain will officially visit on the weekend of Nov. 24.

Ohio State needs another running back to complement Steele Chambers and if it’s not one of these two then the quality of the candidates drop pretty seriously after December.

The last item on this list is the one that will be answered soonest.

On Thursday, Nov. 1, the Buckeyes will find out if it’s done enough to land Kentucky 4-star athlete Wandale Robinson, who will make his college decision between the Ohio State, Nebraska and Kentucky.

I will be committing at 2:30 on Thursday in the Western Hills High School gymnasium. All family and friends are welcome.

As recently as August, Ohio State was out of this race so it’s been a pretty remarkable turnaround orchestrated by Brian Hartline and the Buckeyes. However, Nebraska appears to have the momentum as a decision day nears, as the Cornhuskers are hoping Robinson’s relationship with Scott Frost and their offensive plans for him will trump Ohio State’s pitch of potential championships, proximity to home and wide receiver depth issues.

Ohio State has two very good receivers committed to this point in 2019, but what Robinson brings is totally different and that makes him a valuable potential addition.