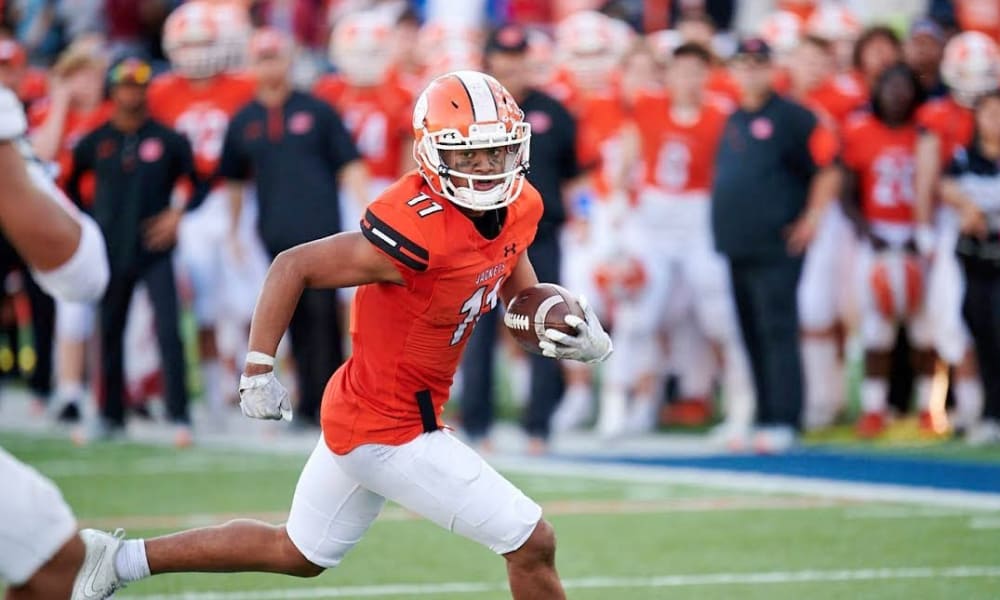 Stay in touch or be left out because Ohio State recruiting is a 24-hour, seven-day-per-week obsession. What’s the latest news as the Buckeyes build for the future? Get that and more Sunday through Thursday on Lettermen Row, including today’s discussion about a big recruiting weekend coming up for the Buckeyes.

Ohio State lost out on a big-time 2019 target on Thursday when Wandale Robinson decided to stay home and commit to the Kentucky, a decision that likely brings an end to receiver recruiting in this current cycle. The Buckeyes are just getting started looking for pass catchers in the Class of 2020, however, and one of their top targets will be in town this weekend.

Jaxon Smith-Njigba, who was offered by Ohio State in mid-September, has already seen the Buckeyes in person once this year at the TCU game. But he’s excited for his first trip to Columbus.

“I’ve talked to [Ohio State] the most out of all the colleges that have offered,” Smith-Njigba told Lettermen Row. “I talk to them every day. The important thing for this weekend is probably just talking to the coaches, getting more familiarity with them. Then just seeing how everything flows on game day.”

The 6-foot-1, 188-pound receiver has 18 scholarship offers, including Notre Dame and TCU. He’ll be in South Bend next weekend and has already visited Oklahoma. He’s been paying close attention to the Buckeyes, though, thanks primarily to the bond he’s building with receivers coach Brian Hartline.

“I talk to Brian Hartline every single day,” he said. “He’s definitely developing his guys and doing what he does. He’s a very good coach, I can tell.”

Smith-Njigba is one of the reasons that current 5-star commit Garrett Wilson is also heading from Texas to Ohio this weekend in case some extra evidence that he’s an important recruit for Ohio State was needed.

It may be too early to expect any kind of decision or commitment in this recruitment, but I wouldn’t rule it out. The Buckeyes are a major threat to land this underrated star from Texas.

We mentioned last week and again yesterday that Julian Fleming, the country’s top-ranked 2020 receiver, will be at Ohio State this weekend. He’s bringing a couple of big-time players with him on his visit.

“We’ve got a squad of us coming,” Fleming told Lettermen Row.

I don’t know exactly how many prospects constitute a squad, but I know that two of the players coming with Fleming are linebackers Max Tillett and Cal Haladay. Neither of those two have an Ohio State offer, but Haladay was offered by Michigan last week. Tillett has been in somewhat regular contact with the Buckeyes over the last few weeks, and we introduced him to you here at Lettermen Row in early September.

“I’ve been talking to Brian Hartline and Mark Pantoni,” Tillett said this week. “They hadn’t really said too much about an offer or anything, but hopefully when I’m there we’ll talk about things. I can’t wait to see the atmosphere during the game.”

Haladay has not yet been in any kind of contact with Ohio State, so this weekend’s visit will be an introduction to the program for the 6-foot, 197-pound defender. He’s a two-time All-State selection, and his father, Greg, was a wrestler at Penn State in the late 1980s and an NCAA runner-up. Haladay recorded a school record 151 tackles as a freshman for Southern Columbia (Catawissa, Pa.) High School in 2016.

Talyn Parker thrilled to be talking with Ohio State

Ohio State hosted Portsmouth (Ohio) High School 2020 running back Talyn Parker for a visit in early October, and the 5-foot-11, 190-pound junior has continued to hear from the program regularly since.

“I talked on the phone yesterday with Ohio State,” Parker told Lettermen Row on Thursday. “They straight-up said I’m arguably one of the best backs in Ohio and are just telling me to keep my grades and I’ll be getting offered.” 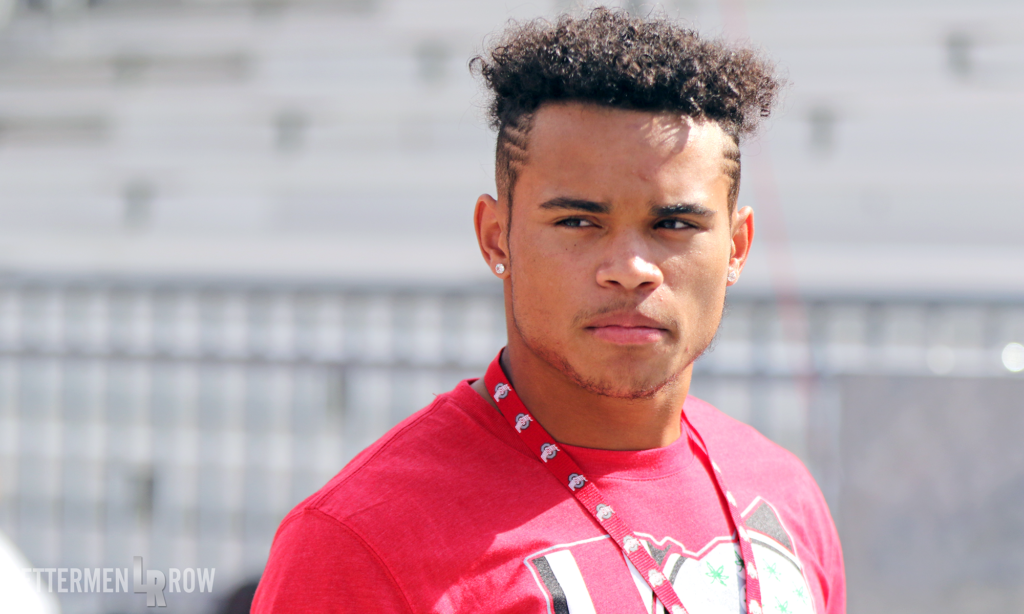 Talyn Parker could be Ohio’s best 2020 running back. (Birm/Lettermen Row)

Right now Parker has an offer from Toledo, and he is visiting Duke sometime in the near future. He expects to return to Columbus for the game against Michigan on Nov. 24, and until then he’s hoping to just keep building his relationship with Ohio State.

“They found me mostly through Hudl and my highlights,” Parker said. “I talk to [Ohio State director of player personnel Mark] Pantoni, Ed Terwilliger and [linebackers coach Bill] Davis, which is awesome for me. I didn’t camp there this year, but I will next summer.”

The Buckeyes have stayed very busy recruiting in the state of Michigan and have offered another big-time prospect from Oak Park High School.

Blessed to receive an offer from THE OHIO STATE UNIVERSITY #GoBucks #revengetour 🙌🏾 pic.twitter.com/ikOrT6uU2e

Oak Park is the home of current Ohio State commit Dwan Mathis and 2020 targets Justin Rogers and Enzo Jennings. You can now add Maliq Carr, a 6-foot-5, 195-pound receiver, to that list.

“Taver Johnson is the one who offered me,” Carr told Lettermen Row. “It’s another great opportunity.”

Carr didn’t grow up rooting for any one school, despite his Michigan roots. Despite the commitment to the Buckeyes from his quarterback, Carr said the team he’s on is focused on a playoff run right now, not really their individual recruitments.

The focus certainly will turn to recruiting at some point, and Carr will be in Columbus to visit Ohio State on Nov. 24 when it takes on Michigan.