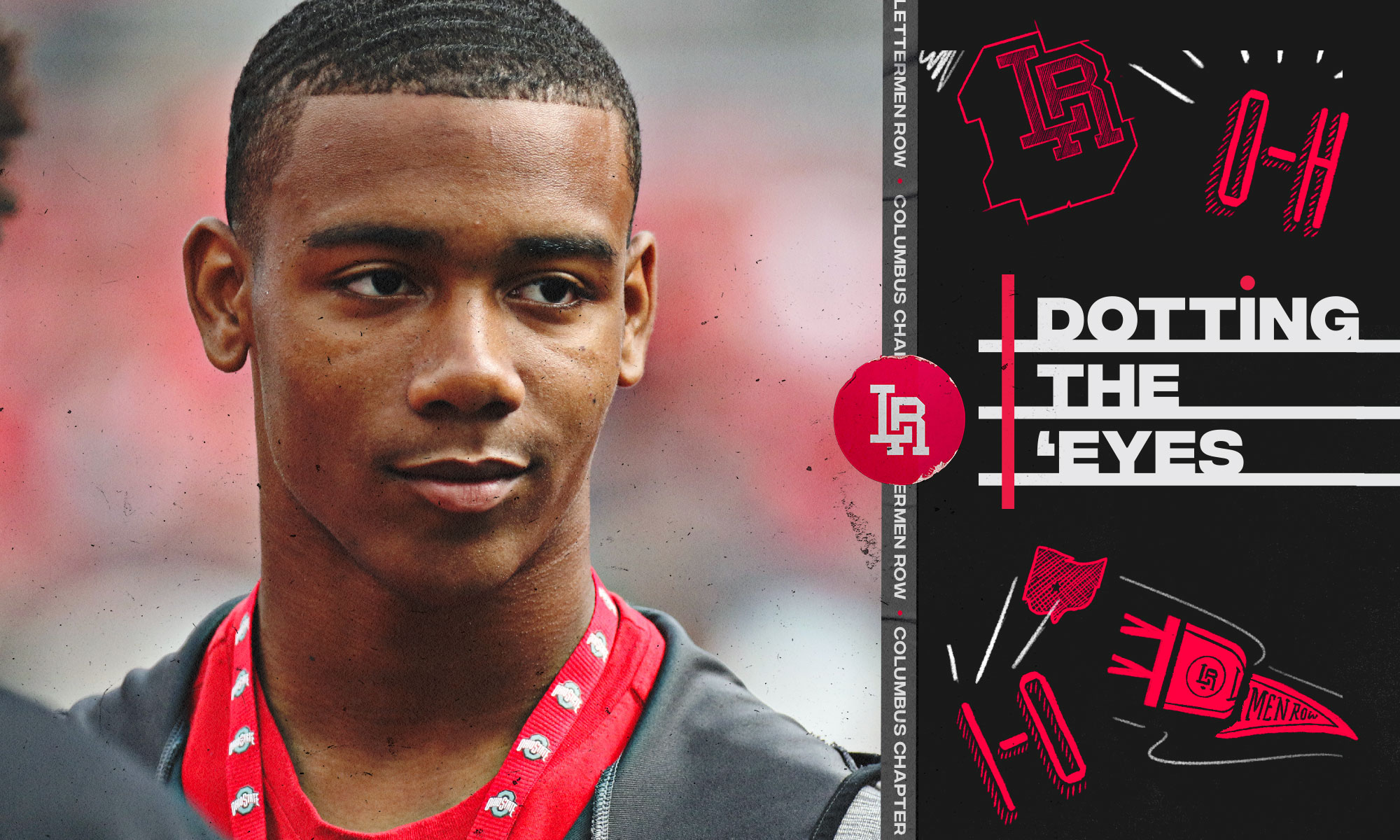 Stay in touch or be left out because Ohio State recruiting is a 24-hour, seven-day-per-week obsession. What’s the latest news as the Buckeyes build for the future? Get that and more Sunday through Thursday on Lettermen Row. Today we look at the latest in-state offer extended by the Buckeyes and take a peek at a deep roster of potential 2021 cornerbacks in the Class of 2021 who remain real options for Ohio State.

The Buckeyes offered one of Ohio’s top-ranked 2022 prospects on Tuesday afternoon.

Truly blessed to say that I have received an offer from THE Ohio State University #GoBucks #LLL ❤️🌰 pic.twitter.com/0rhCVwXGrr

The latest target for the Buckeyes is talented 4-star prospect C.J. Hicks, a two-way standout at Dayton’s Archbishop Alter High School whose college future is almost certainly on defense. The Buckeyes hosted the 6-foot-4, 190-pound Hicks for a pair of camps last summer, and it was at that time he burst onto the national radar and started to grow his relationship with then-Ohio State defensive coordinator Jeff Hafley.

Al Washington, the Buckeyes linebackers coach, has picked up the pace with Hicks in the last few weeks, and that increase in conversation and personal evaluation led to Tuesday’s offer. Hicks is the now the third in-state sophomore offered by Ohio State, joining offensive lineman Tegra Tshabola and defensive end/linebacker prospect Gabe Powers — and like that duo, Hicks does not appear to be in any rush to make a college decision. He told Lettermen Row on Tuesday that he intends to carry on his recruiting process at least through the end of his junior season.

Notre Dame, Penn State and Michigan have all been involved and offered already, and the talented athlete was expecting to make visits to Tennessee, Florida and Miami this spring that were canceled as a result of the Covid-19 pandemic. Hicks is a national talent and one of the best players in the country, ranked currently as the No. 162-overall prospect according to 247Sports.com.

As much as I’d personally like to avoid talking about the coronavirus and the impact it has on the world of college football and recruiting, it’s pretty hard to ignore. It seems like every day things are happening that require looking it square in the face. Wednesday’s talking point comes by way of former Wisconsin kicker Taylor Mehlhaff, who nows works as a special teams analyst for the Badgers.

The former Minnesota Viking and New Orleans Saints placekicker tweeted that the Badgers have decided to cancel all summer camps that were scheduled for the upcoming months. That decision felt likely all along, though the timing of the decision for Wisconsin is a bit earlier than most optimistic types would have expected.

Unfortunately all summer camps at the University of Wisconsin have been cancelled through Aug 15th. Specialists…continue to send us your updated training film so we can continue to evaluate you! Thanks! https://t.co/7qzKSoY5yn

Ohio State has not made such a decision yet, but in talking to sources close to the program, there’s certainly an expectation that the rest of the Big Ten will follow suit and make a similar decision on summer camps before too long.

If and when that comes to fruition, that’s very bad news for high school prospects around the country. It’s also very bad news for Ohio State as it continues to try to finish its 2021 class and evaluate its 2022 choices.

Buckeyes have options to examine at cornerback

Ohio State made the extended top-schools list recently for a pair of interesting cornerback prospects, Latrell McCutchin and Jaylin Davies — neither of whom have been on campus yet with the Buckeyes. McCutchin, a former Alabama commit from Texas, is the nation’s No. 10-ranked cornerback. Davies, from California, checks in as the No. 11-ranked cornerback in the 2021 cycle.

The Buckeyes are still very much in the mix for the country’s No. 1-ranked cornerback, Tony Grimes, and they continue to fight for Clemson commit Jordan Hancock. Ohio State is a favorite for Saguaro (Scottsdale, Ariz.) 4-star cornerback Denzel Burke, Kentucky’s Jantzen Dunn, Texas standout Hunter Washington and many other defensive backs hoping for a chance to get to know Kerry Coombs and the Buckeyes staff better throughout this ongoing and unprecedented recruiting dead period.

With four defensive backs already committed in 2021, the race to join the class for Ohio State is on. There is no shortage of very good, very real options for Coombs and his defensive coaches to sort through moving forward.