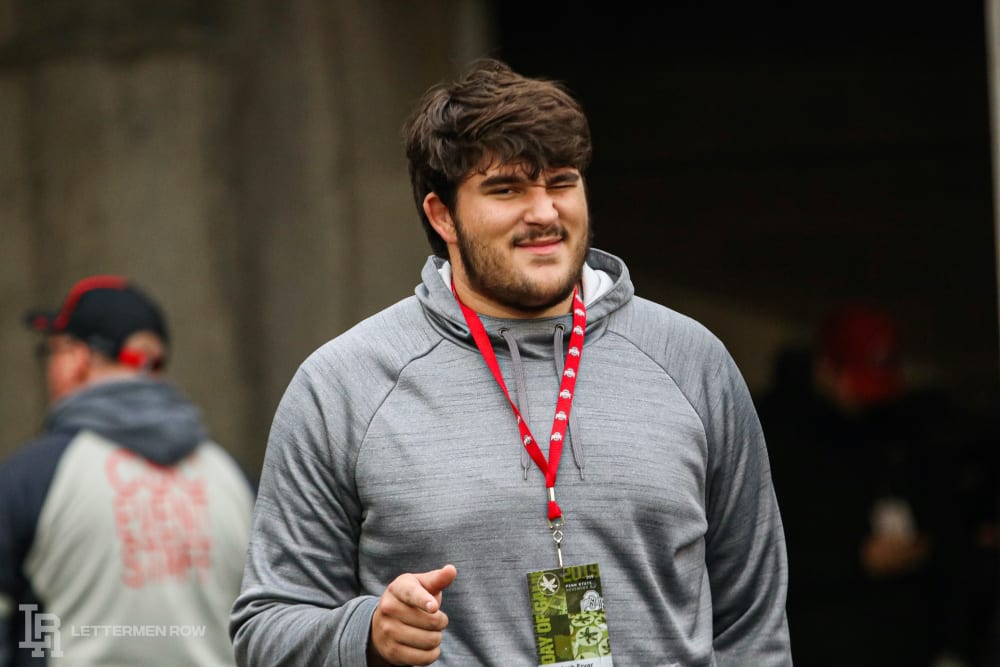 Have a question about Ohio State recruiting? This is the place for you, five days a week. Submit your questions on Twitter or on the Lettermen Row forums. Check-in daily to see what’s on the mind of Buckeyes fans all over the country. Thursday, we go back to the offensive line and examine how the Buckeyes are stacked up along that front in the future.

Both in reviewing current roster, and future targets … there appears to be a significant hole at the OG positions. Any info on how that is being targeted?

For the last two recruiting cycles, Ohio State has made recruiting the offensive line a major priority. It was the first and most important task on Ryan Day’s agenda when he took over for Urban Meyer a year ago, in fact.

After signing four linemen in 2019 and securing six commitments in the Class of 2020, it’s safe to say Day has dutifully completed that task.

But the question of who is fit to play what specific position along the offensive line is a valid one and needs some exploration. Let’s look at those ten commitments in 2019 and 2020 and try to give the best guess possible where they’ll eventually line up. Then, we’ll stack up those expectations against the veterans expected to return next year and beyond and see if there is a position that still requires a tad more attention.

Starting with the current freshmen, Harry Miller is a center — that’s known and obvious. He’s locked into that position for the foreseeable future. Dawand Jones is a tackle, and that’s not going to change either as the behemoth actually played more regularly on offense this season than anyone could’ve expected. Enokk Vimahi is a guard, but questions about his future remain as the two-year religious mission he intends to take following the season is apparently still on the docket, which would certainly change the equation. Ryan Jacoby is one of the few Buckeyes freshmen who didn’t play in any games this fall, and while he’s grown his frame from the 270 pounds he arrived weighing, his final position is still uncertain. 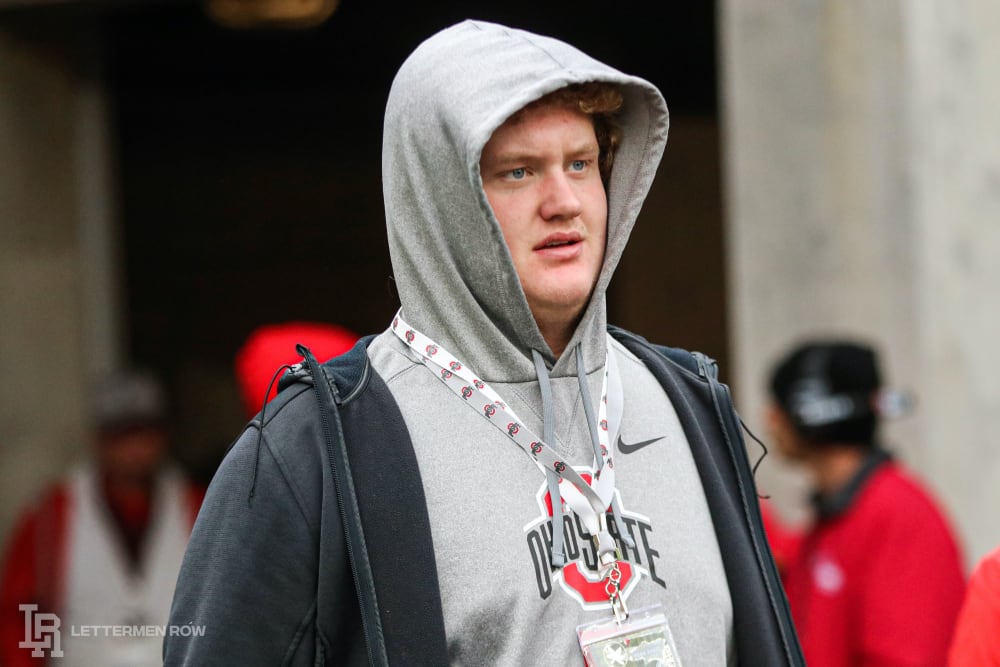 In 2020, the tackle position will absolutely include Paris Johnson and Grant Toutant. But Trey Leroux, Jakob James, Josh Fryar and Luke Wypler will all be interior guys moving forward — though Fryar does have the unique ability to play all five line positions, which is one of the biggest reasons why he was so coveted by the Buckeyes.

When next season rolls around — and barring any decisions to leave for the NFL early — Ohio State should have Josh Myers and Wyatt Davis returning in the middle of its offensive line. Miller, assuming Myers returns, could be in line to start at left guard, though Gavin Cupp will certainly contend for that spot as well, as will Matthew Jones.

The point? There’s plenty of inside line talent returning to Columbus next season and beyond, especially when adding in Jacoby, Vimahi, James, Fryar, Wypler and Leroux. The biggest and most important need for the Buckeyes has been, and remains, at offensive tackle.

If Thayer Munford departs for the NFL, Ohio State will have Nicholas Petit-Frere at one tackle position and then a wide-open competition to start opposite him that would almost certainly see Paris Johnson in the mix alongside Dawand Jones after the experience he gained this year. That position remains a major priority on the development side for the Buckeyes and will once again be a recruiting-class definer in the 2021 cycle.