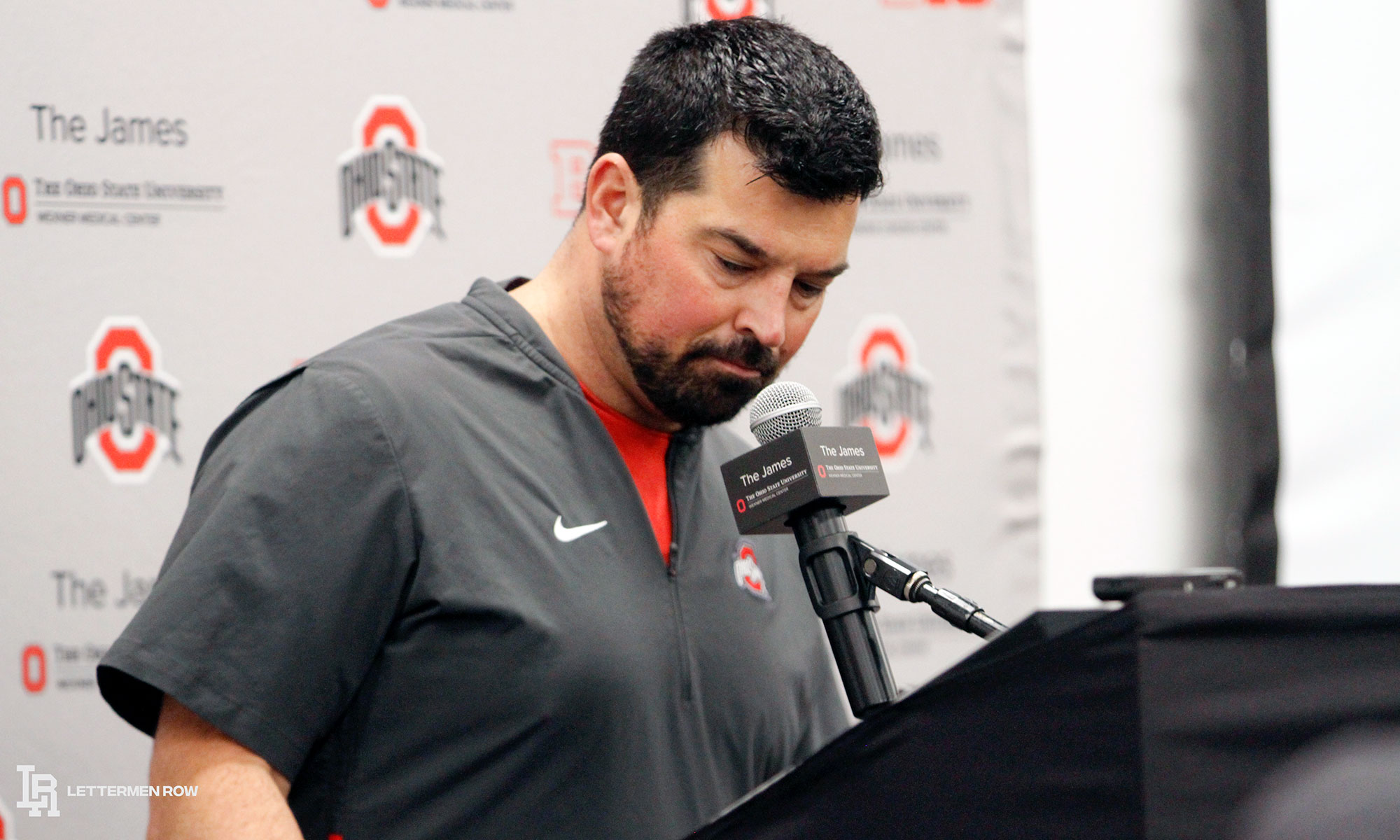 Ryan Day and Ohio State are running out of cards to play on the recruiting trail. (Birm/Lettermen Row)

COLUMBUS — One of the aces that Ryan Day and Ohio State had hoped to play in the increasingly-difficult recruiting game is on the verge of being a bluff.

On Thursday, Shane Lyons, head of the NCAA football oversight committee, told the Associated Press that the committee will recommend to the NCAA that early-enrolling freshmen in the Class of 2021 should not be eligible to play if the Big Ten, Pac-12 and other conferences proceed with plans for spring football.

Day and the Buckeyes, looking for any kind of silver lining after three months of constant disappointments, had been aggressively pursuing that opportunity for their own batch of early-enrollees. It was something that had excited top prospects around the country, especially those like 5-star running back TreVeyon Henderson who already lost their senior season of high school football after being forced to choose between early-enrollment plans or maybe playing next spring in high school.

“I think there’s some excitement about the possibility of playing two seasons in one year,” Day said during an August press conference. “I think that’s a really exciting thing for them to consider, and I’m gonna fight really, really hard so that if I’m a mid-year guy coming in, if we have the opportunity to play in January and then also in the fall, that it will only count for one year of eligibility because it’s only in one calendar year.”

The truth is that for Ohio State, playing football anytime other than the fall is not a win for the program. Unequivocally it is a loss for a team positioned to win a national championship, but getting an opportunity to repair some of the damage by providing a unique selling point to young players was important to Day. There’s a sense that the program, its players, coaches, parents and recruits have not been given any kind of explanation about why they’re still sidelined for this fall, about how eligibility would be addressed if they sit out and many more topics. 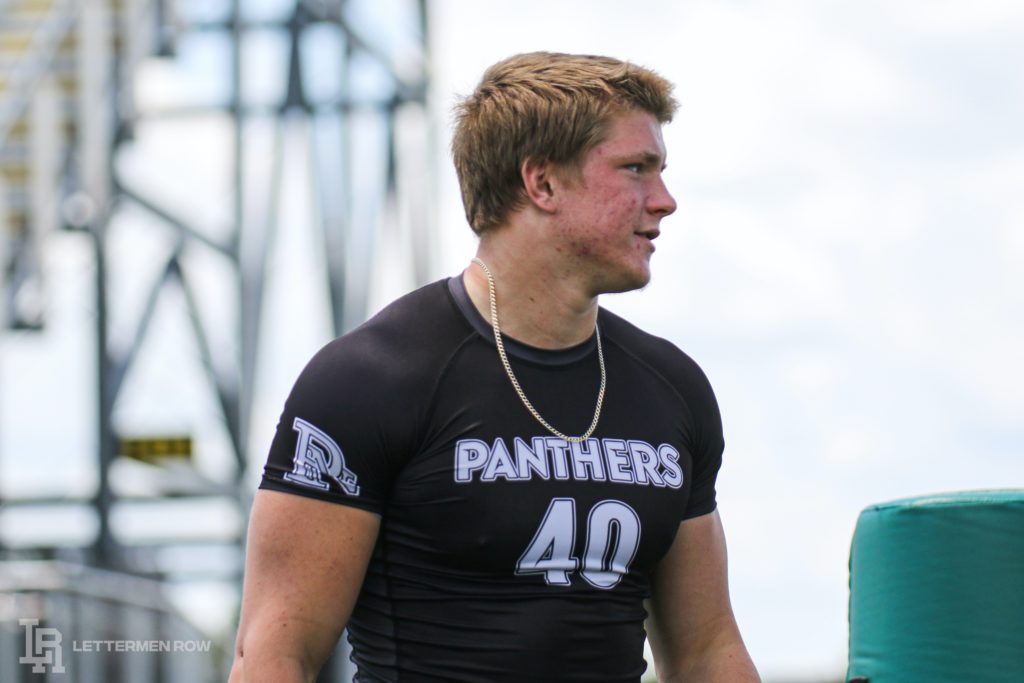 Jack Sawyer gave up his senior season to make sure he was ready to play for Ohio State in January. (Birm/Lettermen Row)

And if we’re being honest, it was probably not reasonable for early-enrollees to suit and play in January — Day’s preferred timeline for a non-autumn start — for a number of reasons. But if the Buckeyes are playing football in late January through March, does a young player not knowing the entire playbook really matter? Probably not. If that’s when Ohio State is playing, the roster is going to be a guessing game as NFL early-entries, transfers or players opting out for personal matters poke dozens of holes in it. It’s easy to see why the Buckeyes wanted to have some flexibility with their young, incoming stars.

The Buckeyes have 19 commitments in their top-ranked 2021 recruiting class but haven’t had prospects visit since the first week of March. They’re not playing football at this point, and at times its almost ridiculous to think about where things are and how they’ve gotten here.

Maybe losing this opportunity seems inconsequential. It could very well be, but Ohio State was on its way to one of the best recruiting classes in history. Rather than being able to capitalize on that momentum, it has seen the class stagnate in the middle of a now sixth-month long recruiting dead period that’s almost assuredly going to last through October and probably longer, wiping out the very important fall evaluation period. Sure, every team in the country is going to have to deal with the dead period, but if the SEC, ACC and Big 12 are playing football and the Big Ten isn’t, the damage is going to be far worse for Ohio State and the rest of the conference. Most of those schools try to avoid bringing in prospects in December/January/February under normal circumstances, and things are certainly not anywhere near normal right now.

Having one more card to play — whether the Buckeyes are playing this fall or not — could have helped Ohio State overcome the losing hand its been dealt by the Big Ten.

It is probably time to reshuffle and get ready for the next one.