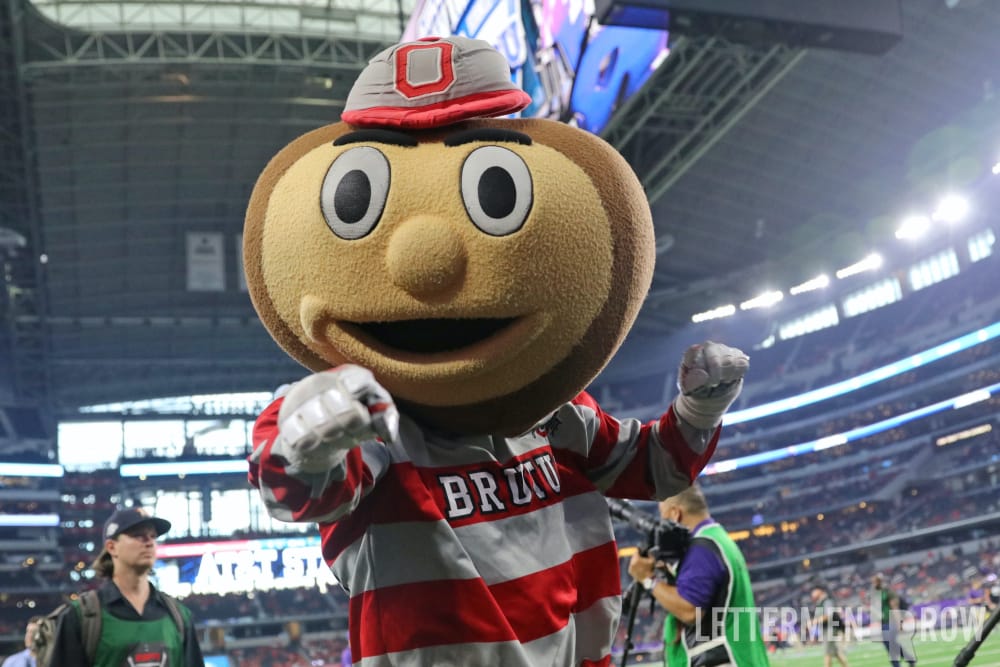 Ohio State added key prospects in May but the unknowns caused by Covid-19 haven't slowed down. (Birm/Lettermen Row)

Eventually things are going to get back to normal for Ohio State on the recruiting trail.

Until then, Buckeyes fans are just going to need to be satisfied knowing that the men and women behind the scenes at Ohio State are working as hard as possible to make this challenging time as successful as it can be.

Ohio State held off a furious push from Tennessee — which has added nine 2021 commitments to this point in May — and still sits in a very comfortable position as the country’s top-ranked recruiting class.

While it wasn’t as immediately productive as the previous two months, Ryan Day’s program did pretty well when it came to hitting May’s recruiting to-do list. Let’s take a look at the items that the Lettermen Row staff felt was most important and examine the Buckeyes results.

No. 1: Ohio State has to know about June visits

Unfortunately for Ohio State, it did get the answer to this question but the end result wasn’t ideal for the Buckeyes and the rest of college football. That goes for both the coaches and the recruits who will now lose a very important month of camps, official visits and relationship building as the NCAA announced on Wednesday that it would be extending the now four-month long recruiting dead period that has come as a result of the Covid-19 pandemic.

While the end result isn’t great for Ohio State, the result is the same across the board so the Buckeyes aren’t going to be put into a position that others aren’t, which is usually a net-positive for the people working inside of the Woody Hayes Athletic Center. To this point, Ohio State has made the most of the unplanned dead periods but it’s getting harder and harder for recruits and their parents to remain patient amid the uncertaint.

No. 2: Buckeyes can’t lose any top targets due without next visit

On this front, things didn’t work out in Ohio State’s favor but with a remarkable number of prospects committing compared to previous years, it definitely could have been worse.

The truth is that right now there aren’t many top-of-the-board targets out there still for the Buckeyes so the pool of potential losses is pretty small. Still, 4-star linebacker Barrett Carter, who was the highest priority at the position, committed to Clemson without ever being able to get back to Columbus. There’s also been a loss of recruiting momentum with offensive lineman Jager Burton and receiver Troy Stellato and an increase in uncertainty around the recruitments of 5-star prospects Emeka Egbuka, J.T. Tuimoloau and J.C. Latham.

The longer that these no-visit periods go, the harder it is for select players around the country to feel comfortable leaving home for college, especially those who’ve never been to Columbus or still have key, decision-making family members who need to get to Ohio State for the first time. Knowing that there will be no visits anytime before August all but guarantees Buckeyes priorities like tight end Hudson Wolfe, Burton and Stellato will make college decisions before returning to campus.

While the Buckeyes were active in growing the relationship with a number of their top quarterbacks in 2022, it’s not accurate to suggest that Ohio State is any closer to pinpointing its “guy” at the game’s most important position in the Class of 2022.

Simply put, that’s just not going to happen on Zoom calls and text messages. The Buckeyes need to see these young players throw the football. They need to see who is going to return interest in Ohio State  through on-campus visits and they need to get to know the young men — and their families — who they believe have the potential to be the face of the program in the future.

Without summer camps and with the anticipated return of football in August, it could be harder for the Buckeyes to get a hold on its 2022 quarterback situation than in any recent recruiting cycle.