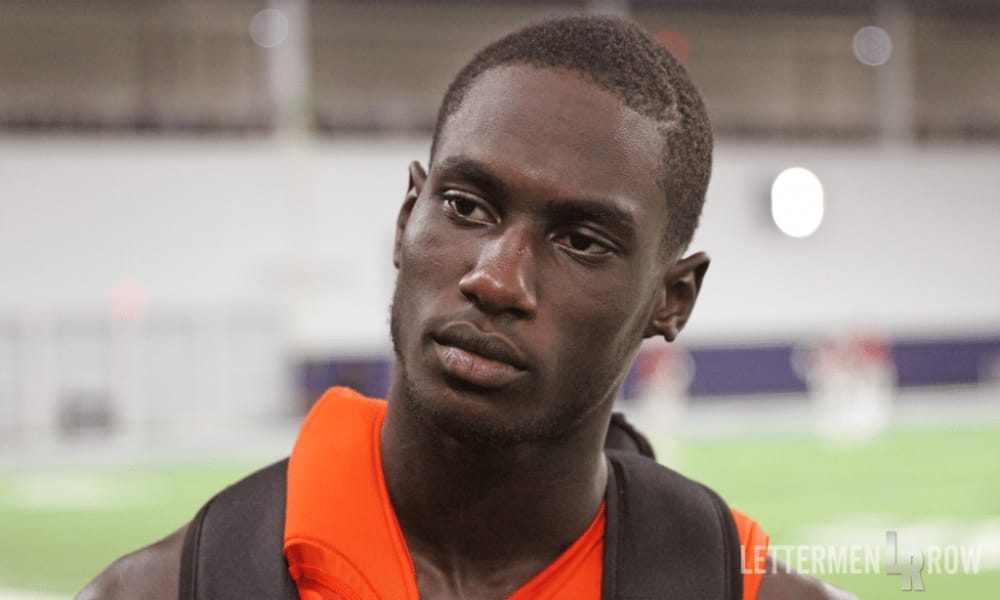 The Buckeyes may very well get an official visit from Florida's Kaiir Elam in January. (Birm/Lettermen Row)

Have a question about Ohio State recruiting? This is the place for you, five days a week. Submit your questions on Twitter or on the Lettermen Row forums. Check in daily to see what’s on the mind of Buckeyes fans all over the country. Today’s question asks where Ohio State stands with a couple of 2019 defensive back targets.

I’m going to back off just mentioning MJ Devonshire here and try to give a look at the big picture with regard to defensive back recruiting for Ohio State in the next month.

Ohio State has also reached out to Gilbert (Ariz.) 4-star cornerback Noa Palo-Gates in the last week, but the Williams Field High School standout hasn’t yet had much success getting to know the coaching staff as it has been working tirelessly preparing for the Rose Bowl.

There are almost certainly going to be other names popping up as well, but it feels like things are moving a little slower right now — and they are.

We’re in a recruiting dead period, so there are no visits being made until Jan. 10 at the earliest. The Buckeyes coaching staff is focused on bowl prep, Urban Meyer-to-Ryan Day transition and trying to figure out who is going to still be on the coaching staff.

If I’m handicapping the odds of the Buckeyes landing any of the three defensive backs I’ve listed above, Devonshire would get the best bet. He’s the most local of the trio, has been in steady contact with Ohio State since November and doesn’t have any plans to make a college choice until signing day. Day has been handling his recruitment in recent weeks.

Of the three, the extremely-talented Elam is the best overall prospect of the group. But Florida is going to be very hard to beat for him, and if anyone can beat out the Gators, it’s more than likely Georgia or Miami, especially now that Manny Diaz is back in the fold in Coral Gables as the Hurricanes head coach.

Though Palo-Gates does have some Ohio State connections in his past, unless he drastically changes his plans for a commitment on Jan. 19, there’s just not going to be a lot of time to make a dent in that pursuit. Day is trying, and the two have been in contact recently, but there’s a lot that has to happen quickly for this to be serious.