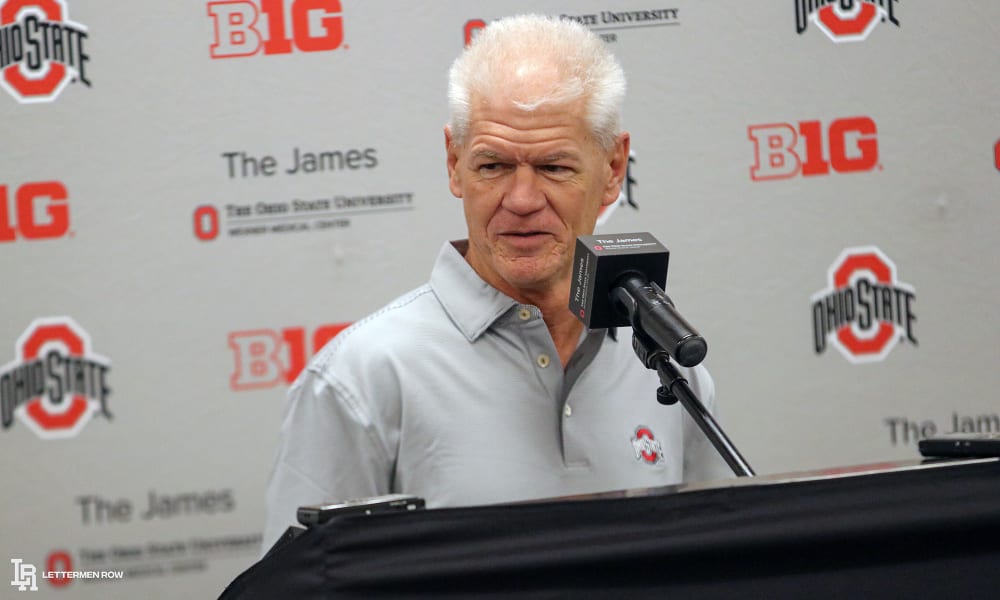 Have a question about Ohio State recruiting? This is the place for you, five days a week. Submit your questions on Twitter or on the Lettermen Row forums. Check-in daily to see what’s on the mind of Buckeyes fans all over the country. Today’s question is about the Buckeyes 2021 recruiting class, specifically in the secondary.

Does OSU go after 1 or two more DB’s? Davis Jr. and Davies? Grimes? When/who will be OSU’s next commitment? What do you make out of Tennessee’s latest recruiting push?

More and more the discussion around Ohio State and its 2021 recruiting class is focusing on numbers and the shrinking number of available spots in this recruiting cycle.

That’s understandable, I guess, since there is only so much room. Ohio State has 17 players already in the commitment column, and the country’s top-ranked class looks to be holding a few of those spots for long-time top targets like Emeka Egbuka, J.C. Latham, Jager Burton and J.T. Tuimolaou — meaning the remaining, more flexible spots, are sort of up for grabs.

There’s no position group better represented among the 17 commitments than the secondary unit, which has five of the Buckeyes verbals in it. It’s a talented, versatile group that includes a couple of prospects capable of playing a couple of defensive spots. Yes, J.K. Johnson is almost assuredly a cornerback, but the other four commitments in the defensive backfield could move around. Devonta Smith plays safety primarily now at Cincinnati LaSalle, but he’s likely a cornerback in Columbus. Andre Turrentine and Jantzen Dunn are likely to line up at safety in college but can play outside as well. A number of analysts believe that Jaylen Johnson, who plays safety and cornerback for the Lancers, is someone who could move to linebacker at the next level.

The point? There’s not much value in worrying too much about where Ohio State recruits are projected to play. If there are defensive backs out there still being recruited by the Buckeyes, they have to be fast, aggressive, long, quick and instinctive. Those are the qualifications, not necessarily whether they are listed as a cornerback or a safety by national recruiting websites. 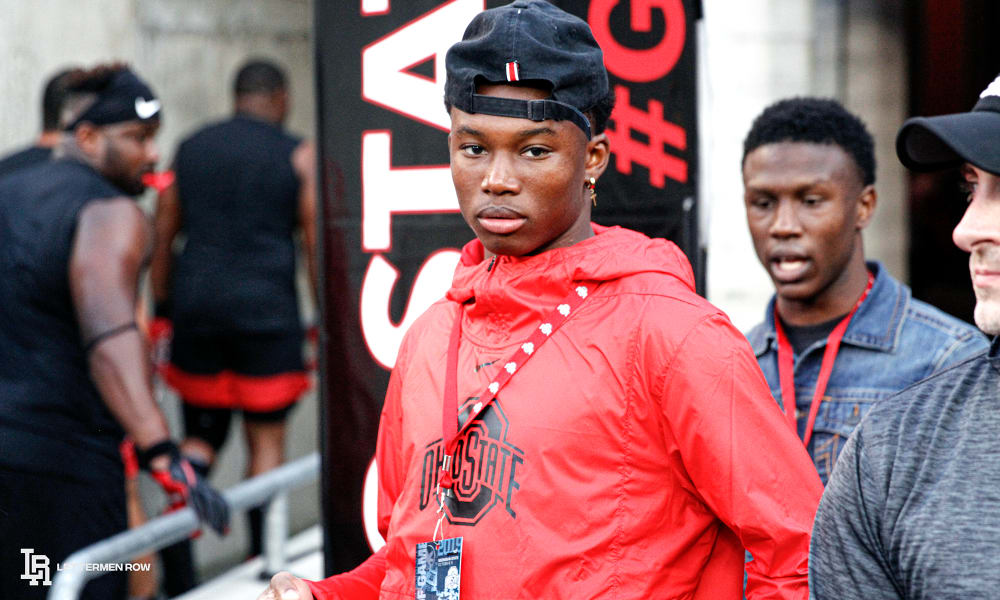 Jakailin Johnson is a cornerback, but most Ohio State targets are being looked at for multiple positions. (Birm/Lettermen Row)

Would Ohio State like to bring in one more pure cornerback in this class? Probably, sure. But the fact is there aren’t as many of those guys out there that are cut-and-dried cornerbacks as some might believe, at least in the eyes of the Buckeyes staff. Being that guy, a pure lockdown corner, is rare. That’s what makes prospects like J.K. Johnson, Tony Grimes, Jordan Hancock and a few others elite.

There are a number of players still being considered by Ohio State with the capability of playing in the back half of the defense. That includes safety/linebacker-types like Derrick Davis and cornerback/safety types like Denzel Burke and Jaylin Davies. I don’t believe that adding one of those players would automatically eliminate the remaining ones, as I know some others do. It’s not an either/or proposition and doesn’t have to be. It’s about finding great young people who can play multiple spots, because as other positions see top targets fall off the board, versatile prospects like Derrick Davis — who gets my vote as one of the country’s most underrated 2021 prospects — take on additional value.

To discount a top-100 prospect or write them off the board right now, especially when the relationships are new and growing like with Davies and Burke, isn’t something that provides any value for Ohio State or its coaches. Because of that, I don’t think there’s any real way to suggest exactly how many defensive back-type prospects are going to be a part of this Buckeyes class. It’s about good people who are able to help Ohio State win games by playing where they’re needed: Cornerback, safety or linebacker.