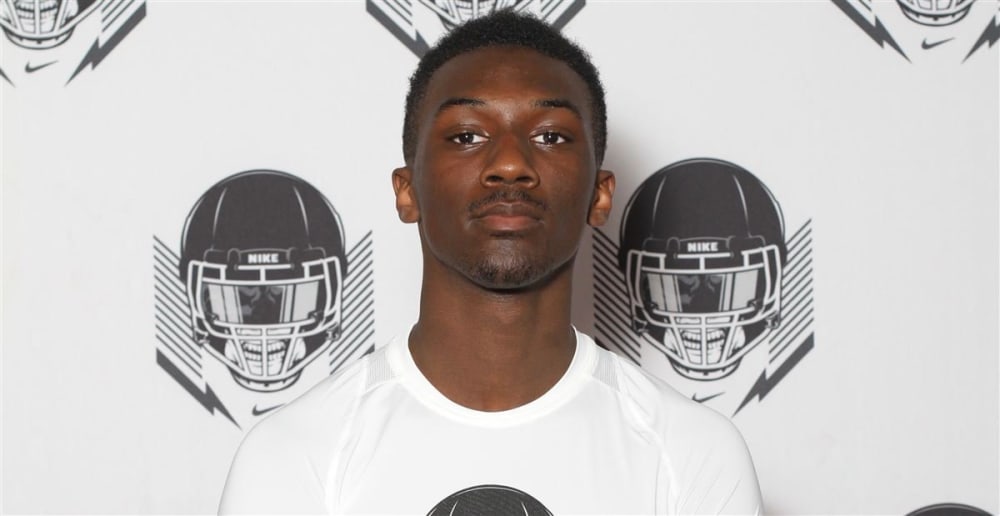 Stay in touch or be left out because Ohio State recruiting is a 24-hour, seven-day-per-week obsession. What’s the latest news as the Buckeyes build for the future? Get that and more Sunday through Thursday on Lettermen Row, including tonight’s updates on a big-time prospect in the Columbus area and a Florida State commit scheduling an official visit with Ohio State.

Pickerington (Ohio) North 3-star prospect Chris Scott will spend next Saturday at Ohio State, checking out the program when it returns home for its third home game of the year against Tulane.

“I’ve actually been in contact with [safeties coach Alex] Grinch,” Scott said. “I’ve been talking to him over the past week or so. I plan on getting up there next weekend for the game. He’s their local recruiting guy, they still see me as a receiver as far as I know.”

A 6-foot-3, 185-pound junior, Scott has helped lead the Panthers to a 3-0 star this season. Last Friday, he scored four touchdowns from the wide receiver position, cementing his reputation as one of the state’s best at the position. Currently though, Scott has no offers, which is puzzling considering his reputation, production and talent.

This next trip to Ohio State will be, by his estimation, his “sixth or seventh” to the school as a recruit. He expects a little different atmosphere than one of his most recent game day visits for the Oklahoma game last fall. He doesn’t anticipate that will change his opinion of the visit, though, because for him it’s all about getting face time with the coaching staff.

“It won’t be a big game like how [Oklahoma] was because they play Tulane, but I don’t really think it’ll be too much different from the last game visit,” he said. “Other times I’ve been there it’s been for practices or just visits, and that’s when I talk to the coaches and go more in-depth with them.

“Really each time I go there my goal is to get more in-depth with the coaches — especially my position coaches — and find out where I am with them as far as recruiting and things and basically what I need to work on.”

Brian Hartline and Scott have met, but there’s been no contact between them since Hartline was named interim wide receivers coach in July.

“I’ve spoken to Coach Hartline twice,” Scott said. “Once, when I was there for camp, and then when I was on a visit there. But that of course was before he became the new receivers coach.

“Getting to talk to him and just getting to know him, have him give me tips on my game and the recruiting process was great. I really do look forward to building our relationship moving forward.”

Ohio State has one cornerback from the state of Florida committed, Fort Lauderdale’s Jordan Battle, and now they’ll get a crack to bring another one into the Class of 2019.

Florida State commitment Renardo Green, the country’s 40th-ranked cornerback and a 3-star prospect from Apopka (Fla.) Wekiva High School, will head to Columbus on Nov. 24 when the Buckeyes take on the Michigan Wolverines.

Green is a teammate of Georgia commitment Rian Davis and Ohio State target Tyler Davis, a 4-star defensive tackle. He previously visited Columbus with that pair in June for a one-day camp, which yielded a scholarship offer from the Buckeyes.

The Buckeyes are getting back to normal on the recruiting trail, and that means trying to convince Georgia’s best players to forego the SEC life and head north for college. To that end, Ohio State offered 2020 wide receiver Josh Downs from North Gwinnett High School.

Downs, the country’s 63rd-ranked wideout, adds an Ohio State offer to a list that already included Michigan, Oregon and West Virginia among his first 20.

North Gwinnett is one of the Peach State’s most successful football programs, and players like Downs are a major reason for that. Check out some of his highlights from their recent game against Wekiva and the aforementioned Renardo Green.

A few weeks ago we wrote about Belleville (Ill.) West 4-star power forward E.J. Liddell and his recent official visit to Ohio State.

“It was great,” Liddell told us. “I think the best of the trip was hanging out with the guys.”

He may be one step closer to finalizing his plans to hang out with the Buckeyes for the next three or four years. On Wednesday, Liddell tweeted that he’d be sharing his top-three schools via Twitter, but according to some well-connected folks in the social media world, we already know who the finalists are going to be.

With both Kansas State and Wisconsin staffs informed yesterday that the list was down to three, the state’s top prospect, EJ Liddell of Belleville West, now officially down to #Buckeyes, #Mizzou and #Illini.

So far Liddell has made official visits to Ohio State and Missouri. And the final one he’ll take is set for Sept. 21 at Illinois. Ohio State had an in-home visit with him on Tuesday night, and a source close to the Buckeyes shared their thoughts about his recruitment with Lettermen Row recently.

“[Ohio State is] feeling good,” the source said. “His visit was great. [The Buckeyes] think Missouri is the biggest competition. We will see from there.”

The addition of Liddell to currently committed prospects Alonzo Gaffney and D.J. Carton would finish Ohio State’s 2019 class with a bang: All three players are ranked inside of the top 50 nationally.